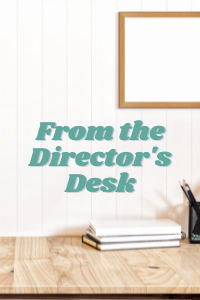 Galesburg is full of extraordinary women, and many of them are contributing to Galesburg Public Library’s capital campaign.

As part of the campaign to raise $3.75 million for the construction of a new building, the library joined the 100 Extraordinary Women program, a national fundraising platform. The library’s goal was to recruit one hundred women to each pledge $1,000 and collectively raise $100,000 for the new building. By May 18, 208 had joined the cause, raising $208,000 and becoming the most successful 100 Extraordinary Women (100EW) campaign in the county. Approximately one third of participants made their pledges in honor or in memory of someone else.

To celebrate the success and thank the community of donors, the Galesburg Public Library Foundation hosted a recognition event at The Vault. The energy in the room was palpable as attendees exchanged memories of using the library as children and shared stories about the women they were honoring with their gifts. The event space erupted into cheers and applause when GPL Foundation Executive Director Heather Sipes announced, “our goal was to recruit one hundred women to join the 100 Extraordinary initiative…ladies, we have crushed this goal.” 100EW Founder, Jodi Sweeney, explained that she started the platform to celebrate the power of women.

The funds raised by the 100EW campaign will fund the Skills Lab in the new building, an interactive classroom for teens and adults to use tools, equipment, and training simulators to develop skills that may equip them for the workforce or empower them to live and thrive independently. Every donor or honoree will be recognized on a plaque in the Skills Lab. Anyone may still give to the campaign by visiting 100extraordinarywomen.com

Anyone interested in joining the 100EW campaign may still do so. Pledges may be given online at 100extraordinarywomen.com or sent to the Galesburg Public Library Foundation, located at 40 East Simmons Street in Galesburg. Construction for the library is underway and the building is scheduled to be complete in early 2024.