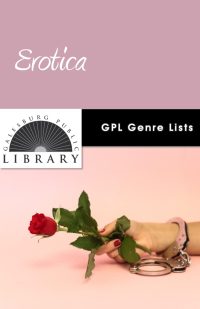 Need some help choosing your next book to read? We’ve put together some lists of popular titles in different genres to help you pick! Each Wednesday we’ll highlight a new genre list. If you’re looking for something different, visit the Readers Advisory page for more help! This week, we’re highlighting the Erotica genre list. 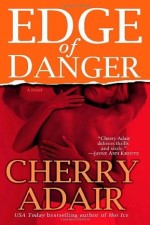 EDGE OF DANGER by Cherry Adair

Even the deepest peril couldn’t keep him away from her.

As an anti-terrorism operative in T-FLAC’s classified paranormal unit, the intrepid, ruggedly handsome Gabriel Edge protects the world from the forces of evil. So when an ingenious and extremely volatile invention is stolen from a covert lab in Arizona, Gabriel zeroes in on the brilliant young scientist who helped to create the device. From Gabriel’s first contact, Eden Cahill leaves an indelible impression.

Using a mysterious telepathic power as ancient as his Scottish heritage, as well as his seductive physical charms, Gabriel must infiltrate Eden’s mind to uncover the secrets she so desperately protects. But Gabriel is in a bind-for the only way to penetrate Eden’s memories is through one shared intimate encounter that will trigger revelations, shatter lives, and just might save humanity-all at a terribly steep price. 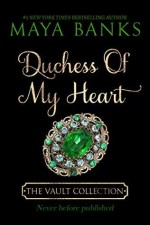 DUCHESS OF MY HEART by Maya Banks

Jillian’s marriage was a nightmare, the news of her husband’s death an answered prayer. She refuses to bow to the ton and pretend to mourn. And her best friend, Case, will be by her side as she defies society’s rules and has her first taste of freedom.

Justin, eighth Duke of Whittington, is determined to save his family name from the scandal his brother, Case, is creating, but the lovely Jillian is not the foe he expected. Both vulnerable and vexing, he’s never met another woman like her. But as sparks fly between them, Justin realizes he must help save Jillian from her past before they can ever have a future. 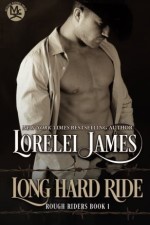 One lucky woman … three sexy cowboys … she’s in for the ride of her life!

During summer break, wannabe wild woman Channing Kinkaid is offered the chance to shed her inhibitions and horse around on the road with a real chaps-and-spurs wearing rodeo cowboy. From the moment Colby McKay – bull rider, saddle bronc buster and calf roper – sets his lust-filled eyes on the sweet and fiery Channing, he knows she’s up to the challenge of being his personal buckle bunny. But he also demands that his rodeo travelling partners, Trevor and Edgard are allowed to join in their no-holds-barred sexcapades.

Although Channing secretly longed to be the sole focus of more than one man’s passions, all is not as it seems with the sexy trio. Colby’s demand for her complete submission behind closed doors tests her wilful nature, and his sweet-talking ways burrow into her heart. Will Colby have to break out the bull-ropes and piggin’ string to convince this headstrong filly that the road to true love doesn’t have to be as elusive as that championship belt buckle? 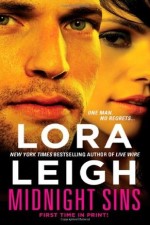 His name is Rafer Callahan. He was a kid from the wrong side of the tracks who fought through life the only way he knew how: with his fists. But Rafer never meant to bring any harm to Cambria Flannigan, the girl—the lover—whose sister he’d been unable to save…

Cami lost her sister in the brutal murders that rocked her hometown so many years ago. Some still believe that Rafe, along with his friends Logan and Crowe, were involved. But how could Rafe—who haunted her girlish dreams, then her adult fantasies—be a killer? That is the question that keeps her up at night.

Now a prosperous ranch owner, Rafe is trying to build a new legacy for himself. It’s finally time to settle the score with Cami—and make her his. But old wounds open up with a series of new murders…and each of the victims has a connection to Rafe, Logan, and Crowe. With suspicion, fear, and loyalty tearing her apart, Cami is once again at risk of losing her heart—or her life. 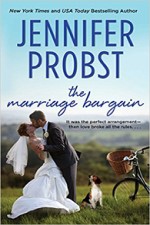 THE MARRIAGE BARGAIN by Jennifer Probst

A marriage in name only…

To save her family home, impulsive bookstore owner, Alexa Maria McKenzie, casts a love spell. But she never planned on conjuring up her best friend’s older brother—the powerful man who once shattered her heart.

Billionaire Nicholas Ryan doesn’t believe in marriage, but in order to inherit his father’s corporation, he needs a wife and needs one fast. When he discovers his sister’s childhood friend is in dire financial straits, he’s offers Alexa a bold proposition.

A marriage in name only with certain rules: Avoid entanglement. Keep things all business. Do not fall in love. The arrangement is only for a year so the rules shouldn’t be that hard to follow, right? 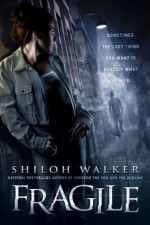 Six years after trading in his combat gear for hospital scrubs, Luke Rafferty is faced with things just as heartbreaking as those on the battlefield. The abused children being brought in by the pretty redheaded social worker tug at his soul like nothing he’s ever known.

For Devon Manning, being a social worker is a rewarding job, but also a constant reminder of her own troubled youth. Devon takes everything one day at a time—unable to form a relationship with anyone except the children she rescues.

When Luke meets Devon, he thinks he might have found what he’s been looking for, but in order to get the life he wants, Luke has to break through Devon’s emotional barriers and make her realize that his healing touch might be just the complication her life needs…

View more from the Erotica genre list, or see other genre lists we have available.