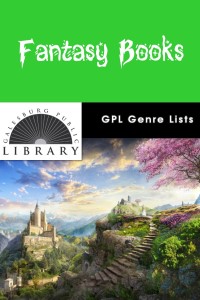 Need some help choosing your next book to read? We’ve put together some lists of popular titles in different genres to help you pick! Each Wednesday we’ll highlight a new genre list. This week, we’re highlighting the Fantasy genre list, but if you’re looking for something different, visit the Readers Advisory page for more help! 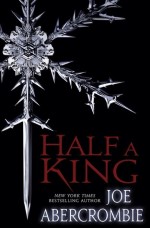 HALF A KING by Joe Abercrombie

Betrayed by his family and left for dead, Prince Yarvi, reluctant heir to a divided kingdom, has vowed to reclaim a throne he never wanted.

But first, he must survive cruelty, chains, and the bitter waters of the Shattered Sea itself — all with only one good hand. Born a weakling in the eyes of a hard, cold world, he cannot grip a shield or swing an axe, so he has sharpened his mind to a deadly edge.

Gathering a strange fellowship of the outcast, he finds they can help him more than any noble could. Even so, Yarvi’s path may end as it began — in twists, traps, and tragedy… 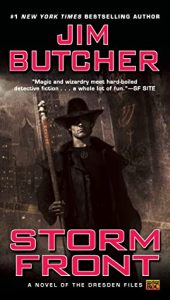 Harry Dresden is the best at what he does. Well, technically, he’s the only at what he does. So when the Chicago P.D. has a case that transcends mortal creativity or capability, they come to him for answers. For the “everyday” world is actually full of strange and magical things — and most don’t play well with humans. That’s where Harry comes in. Takes a wizard to catch a — well, whatever. There’s just one problem. Business, to put it mildly, stinks.

So when the police bring him in to consult on a grisly double murder committed with black magic, Harry’s seeing dollar signs. But where there’s black magic, there’s a black mage behind it. And now that mage knows Harry’s name. And that’s when things start to get interesting.

Magic — it can get a guy killed.

THE PRINCESS BRIDE by William Goldman

What happens when the most beautiful girl in the world marries the handsomest prince of all time and he turns out to be…well…a lot less than the man of her dreams?

As a boy, William Goldman claims, he loved to hear his father read the S. Morgenstern classic, The Princess Bride. But as a grown-up he discovered that the boring parts were left out of good old Dad’s recitation, and only the “good parts” reached his ears.

In short, it’s about everything. 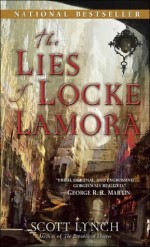 THE LIES OF LOCKE LAMORA by Scott Lynch

An orphan’s life is harsh—and often short—in the mysterious island city of Camorr. But young Locke Lamora dodges death and slavery, becoming a thief under the tutelage of a gifted con artist. As leader of the band of light-fingered brothers known as the Gentleman Bastards, Locke is soon infamous, fooling even the underworld’s most feared ruler. But in the shadows lurks someone still more ambitious and deadly. Faced with a bloody coup that threatens to destroy everyone and everything that holds meaning in his mercenary life, Locke vows to beat the enemy at his own brutal game—or die trying. 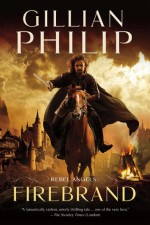 At the end of the sixteenth century, religious upheaval brings fear, superstition, and doubt to the lives of mortals. Yet unbeknownst to them, another world lies just beyond the Veil: the realm of the Sithe, a fierce and beautiful people for whom a full-mortal life is but the blink of an eye. The Veil protects and hides their world…but it is fraying at the edges, and not all think it should be repaired.

Discarded by his mother and ignored by his father, sixteen-year-old Seth MacGregor has grown up half wild in his father’s fortress, with only his idolized older brother, Conal, for family. When Conal quarrels with the Sithe queen and is forced into exile in the full-mortal world, Seth volunteers to go with him.

But life beyond the Veil is even more dangerous than they expected, and Seth and Conal soon find themselves embroiled in a witch-hunt—in which they are the quarry. Trapped between the queen’s machinations at home and the superstitious violence of the otherworld, Seth must act before both of them are fed to the witch-hunters’ fires…

Age of Myth inaugurates another six-book series set in Elan.

Since time immemorial, humans have worshipped the gods they call Fhrey, truly a race apart: invincible in battle, masters of magic, and seemingly immortal. But when a god falls to a human blade, the balance of power between humans and those they thought were gods changes forever.

Now only a few stand between humankind and annihilation: Raithe, reluctant to embrace his destiny as the God Killer; Suri, a young seer burdened by signs of impending doom; and Persephone, who must overcome personal tragedy to lead her people. The Age of Myth is over. The time of rebellion has begun.

View more from the Fantasy genre list, or see other genre lists we have available.