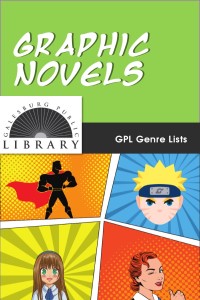 Need some help choosing your next book to read? We’ve put together some lists of popular titles in different genres to help you pick! Each Wednesday we’ll highlight a new genre list. This week, we’re highlighting the Graphic Novel genre list, but if you’re looking for something different, visit the Readers Advisory page for more help! 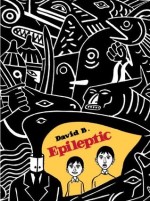 EPILEPTIC by David B.

David B. was born Pierre-François Beauchard in a small town near Orléans, France. He spent an idyllic early childhood playing with the neighborhood kids and, along with his older brother, Jean-Christophe, ganging up on his little sister, Florence. But their lives changed abruptly when Jean-Christophe was struck with epilepsy at age eleven. In search of a cure, their parents dragged the family to acupuncturists and magnetic therapists, to mediums and macrobiotic communes. But every new cure ended in disappointment as Jean-Christophe, after brief periods of remission, would only get worse.

Angry at his brother for abandoning him and at all the quacks who offered them false hope, Pierre-François learned to cope by drawing fantastically elaborate battle scenes, creating images that provide a fascinating window into his interior life. An honest and horrifying portrait of the disease and of the pain and fear it sowed in the family, Epileptic is also a moving depiction of one family’s intricate history. Through flashbacks, we are introduced to the stories of Pierre-François’s grandparents and we relive his grandfathers’ experiences in both World Wars. We follow Pierre-François through his childhood, adolescence, and adulthood, all the while charting his complicated relationship with his brother and Jean-Christophe”s losing battle with epilepsy. Illustrated with beautiful and striking black-and-white images, Epileptic is as astonishing, intimate, and heartbreaking as the best literary memoir. 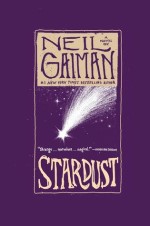 From multi award-winning creator of “The Sandman”, Neil Gaiman, comes the incredible work that broke new ground in graphic novel storytelling, re-issued in a deluxe hardback edition with a new cover and eight additional pages of bonus material. Together with acclaimed artist Charles Vess, Gaiman returns to the realm of Faerie for a lavishly illustrated tale of an ancient world where magic and humanity mingle in extraordinary ways. Gaiman’s exquisitely crafted text and Vess’ breathtaking illustrations combine to create a novel with pictures, an adult fairy tale that plunges the reader into the very heart of an enchanting magical land. Tying in with the release of the film, this is your chance to own a piece of “Stardust”! 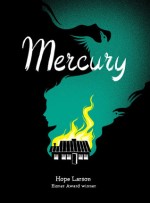 August 31, 5:15 PM, French Hill, Nova Scotia: A girl named Tara is running. She runs through her nice neighborhood and up a road to the burned ruins of what was once a beautiful house–her family’s house.

August 31, 1859, French Hill, Nova Scotia: A girl named Josey is picking blackberries with her friend Connie. As the girls gossip, a handsome stranger knocks on the door of Josey’s house. His name is Asa, and with his coming, Josey’s life–and later in time, Tara’s as well–is about to change forever.

Because there is treasure in the woods that belong to Josey’s family. Gold–an untold fortune. Asa has a secret way of finding it, and his partnership with Josey’s father could make them all rich. But there is darkness in the woods, and in Asa. And in the present day, Tara, Josey’s descendent, is about to discover the truth about what really happened in the family’s past. 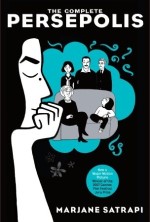 THE COMPLETE PERSEPOLIS by Marjane Satrapi

Persepolis is the story of Satrapi’s unforgettable childhood and coming of age within a large and loving family in Tehran during the Islamic Revolution; of the contradictions between private life and public life in a country plagued by political upheaval; of her high school years in Vienna facing the trials of adolescence far from her family; of her homecoming–both sweet and terrible; and, finally, of her self-imposed exile from her beloved homeland. It is the chronicle of a girlhood and adolescence at once outrageous and familiar, a young life entwined with the history of her country yet filled with the universal trials and joys of growing up. 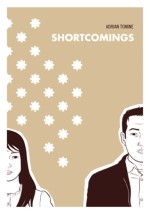 Shortcomings, Adrian Tomine’s first long-form graphic novel, is the story of Ben Tanaka, a confused, obsessive Japanese American male in his late twenties, and his cross-country search for contentment (or at least the perfect girl). Along the way, Tomine tackles modern culture, sexual mores, and racial politics with brutal honesty and lacerating, irreverent humor, while deftly bringing to life a cast of painfully real antihero characters. A frequent contributor to The New Yorker, Tomine has acquired a cultlike fan following and has earned status as one of the most widely acclaimed cartoonists of our time. 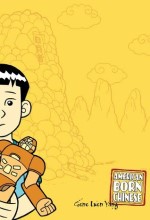 All Jin Wang wants is to fit in. When his family moves to a new neighborhood, he suddenly finds that he’s the only Chinese American student at his school. Jocks and bullies pick on him constantly, and he has hardly any friends. Then, to make matters worse, he falls in love with an all-American girl…

Born to rule over all the monkeys in the world, the story of the Monkey King is one of the oldest and greatest Chinese fables. Adored by his subjects, master of the arts of kung-fu, he is the most powerful monkey on earth. But the Monkey King doesn’t want to be a monkey. He wants to be hailed as a god…

Chin-Kee is the ultimate negative Chinese stereotype, and he’s ruining his cousin Danny’s life. Danny’s a popular kid at school, but every year Chin-Kee comes to visit, and every year Danny has to transfer to a new school to escape the shame. This year, though, things quickly go from bad to worse…

View more from the Graphic Novel genre list, or see other genre lists we have available.