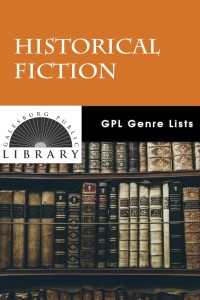 Need some help choosing your next book to read? We’ve put together some lists of popular titles in different genres to help you pick! Each Wednesday we’ll highlight a new genre list. This week, we’re highlighting the Historical Fiction genre list, but if you’re looking for something different, visit the Readers Advisory page for more help! 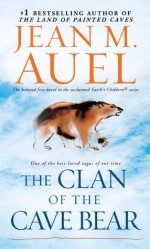 THE CLAN OF THE CAVE BEAR by Jean Auel

A natural disaster leaves the young girl wandering alone in an unfamiliar and dangerous land until she is found by a woman of the Clan, people very different from her own kind. To them, blond, blue-eyed Ayla looks peculiar and ugly–she is one of the Others, those who have moved into their ancient homeland; but Iza cannot leave the girl to die and takes her with them. Iza and Creb, the old Mog-ur, grow to love her, and as Ayla learns the ways of the Clan and Iza’s way of healing, most come to accept her. But the brutal and proud youth who is destined to become their next leader sees her differences as a threat to his authority. He develops a deep and abiding hatred for the strange girl of the Others who lives in their midst, and is determined to get his revenge. 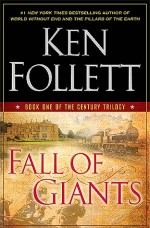 FALL OF GIANTS by Ken Follett

It is 1911. The Coronation Day of King George V. The Williams, a Welsh coal-mining family is linked by romance and enmity to the Fitzherberts, aristocratic coal-mine owners. Lady Maud Fitzherbert falls in love with Walter von Ulrich, a spy at the German Embassy in London. Their destiny is entangled with that of an ambitious young aide to U.S. President Woodrow Wilson and to two orphaned Russian brothers, whose plans to emigrate to America fall foul of war, conscription and revolution. In a plot of unfolding drama and intriguing complexity, “Fall Of Giants” moves seamlessly from Washington to St Petersburg, from the dirt and danger of a coal mine to the glittering chandeliers of a palace, from the corridors of power to the bedrooms of the mighty. 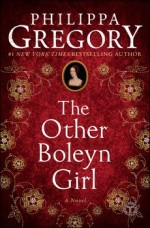 THE OTHER BOLEYN GIRL by Philippa Gregory

Two sisters competing for the greatest prize: The love of a king.

When Mary Boleyn comes to court as an innocent girl of fourteen, she catches the eye of Henry VIII. Dazzled, Mary falls in love with both her golden prince and her growing role as unofficial queen. However, she soon realises just how much she is a pawn in her family’s ambitious plots as the king’s interest begins to wane and she is forced to step aside for her best friend and rival: her sister, Anne. Then Mary knows that she must defy her family and her king and take fate into her own hands.

A rich and compelling novel of love, sex, ambition, and intrigue, The Other Boleyn Girl introduces a woman of extraordinary determination and desire who lived at the heart of the most exciting and glamourous court in Europe and survived by following her heart. 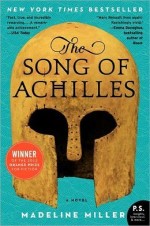 THE SONG OF ACHILLES by Madeline Miller

Achilles, “the best of all the Greeks,” son of the cruel sea goddess Thetis and the legendary king Peleus, is strong, swift, and beautiful, irresistible to all who meet him. Patroclus is an awkward young prince, exiled from his homeland after an act of shocking violence. Brought together by chance, they forge an inseparable bond, despite risking the gods’ wrath.

They are trained by the centaur Chiron in the arts of war and medicine, but when word comes that Helen of Sparta has been kidnapped, all the heroes of Greece are called upon to lay siege to Troy in her name. Seduced by the promise of a glorious destiny, Achilles joins their cause, and torn between love and fear for his friend, Patroclus follows. Little do they know that the cruel Fates will test them both as never before and demand a terrible sacrifice. 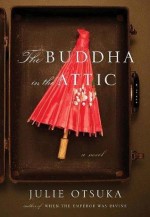 THE BUDDHA IN THE ATTIC by Julie Otsuka

In eight incantatory sections, The Buddha in the Attic traces the picture brides’ extraordinary lives, from their arduous journey by boat, where they exchange photographs of their husbands, imagining uncertain futures in an unknown land; to their arrival in San Francisco and their tremulous first nights as new wives; to their backbreaking work picking fruit in the fields and scrubbing the floors of white women; to their struggles to master a new language and a new culture; to their experiences in childbirth, and then as mothers, raising children who will ultimately reject their heritage and their history; to the deracinating arrival of war. 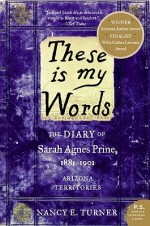 THESE IS MY WORDS by Nancy Turner

A moving, exciting, and heartfelt American saga inspired by the author’s own family memoirs, these words belong to Sarah Prine, a woman of spirit and fire who forges a full and remarkable existence in a harsh, unfamiliar frontier. Scrupulously recording her steps down the path Providence has set her upon—from child to determined young adult to loving mother—she shares the turbulent events, both joyous and tragic, that molded her, and recalls the enduring love with cavalry officer Captain Jack Elliot that gave her strength and purpose.

Rich in authentic everyday details and alive with truly unforgettable characters, These Is My Words brilliantly brings a vanished world to breathtaking life again.

View more from the Historical Fiction genre list, or see other genre lists we have available.