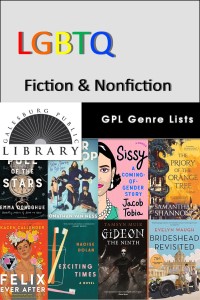 Need some help choosing your next book to read? We’ve put together some lists of popular titles in different genres to help you pick! Each Wednesday we’ll highlight a new genre list. This week, we’re highlighting the LGBTQ Fiction & Nonfiction genre list, but if you’re looking for something different, visit the Readers Advisory page for more help! 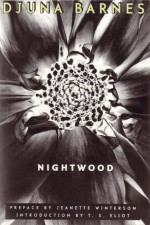 Nightwood, Djuna Barnes’ strange and sinuous tour de force, “belongs to that small class of books that somehow reflect a time or an epoch” (TLS). That time is the period between the two World Wars, and Barnes’ novel unfolds in the decadent shadows of Europe’s great cities, Paris, Berlin, and Vienna—a world in which the boundaries of class, religion, and sexuality are bold but surprisingly porous. The outsized characters who inhabit this world are some of the most memorable in all of fiction—there is Guido Volkbein, the Wandering Jew and son of a self-proclaimed baron; Robin Vote, the American expatriate who marries him and then engages in a series of affairs, first with Nora Flood and then with Jenny Petherbridge, driving all of her lovers to distraction with her passion for wandering alone in the night; and there is Dr. Matthew-Mighty-Grain-of-Salt-Dante-O’Connor, a transvestite and ostensible gynecologist, whose digressive speeches brim with fury, keen insights, and surprising allusions. Barnes’ depiction of these characters and their relationships (Nora says, “A man is another person—a woman is yourself, caught as you turn in panic; on her mouth you kiss your own”) has made the novel a landmark of feminist and lesbian literature. Most striking of all is Barnes’ unparalleled stylistic innovation, which led T. S. Eliot to proclaim the book “so good a novel that only sensibilities trained on poetry can wholly appreciate it.” Now with a new preface by Jeanette Winterson, Nightwood still crackles with the same electric charge it had on its first publication in 1936. 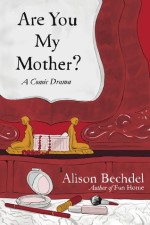 ARE YOU MY MOTHER? by Alison Bechdel

Alison Bechdel’s Fun Home was a pop culture and literary phenomenon. Now, a second thrilling tale of filial sleuthery, this time about her mother: voracious reader, music lover, passionate amateur actor. Also a woman, unhappily married to a closeted gay man, whose artistic aspirations simmered under the surface of Bechdel’s childhood . . . and who stopped touching or kissing her daughter good night, forever, when she was seven. Poignantly, hilariously, Bechdel embarks on a quest for answers concerning the mother-daughter gulf. It’s a richly layered search that leads readers from the fascinating life and work of the iconic twentieth-century psychoanalyst Donald Winnicott, to one explosively illuminating Dr. Seuss illustration, to Bechdel’s own (serially monogamous) adult love life. And, finally, back to Mother—to a truce, fragile and real-time, that will move and astonish all adult children of gifted mothers. 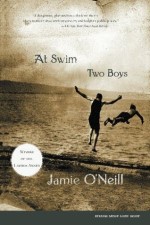 Set during the year preceding the Easter Uprising of 1916—Ireland’s brave but fractured revolt against British rule—At Swim, Two Boys is a tender, tragic love story and a brilliant depiction of people caught in the tide of history. Powerful and artful, and ten years in the writing, it is a masterwork from Jamie O’Neill.

Jim Mack is a naïve young scholar and the son of a foolish, aspiring shopkeeper. Doyler Doyle is the rough-diamond son—revolutionary and blasphemous—of Mr. Mack’s old army pal. Out at the Forty Foot, that great jut of rock where gentlemen bathe in the nude, the two boys make a pact: Doyler will teach Jim to swim, and in a year, on Easter of 1916, they will swim to the distant beacon of Muglins Rock and claim that island for themselves. All the while Mr. Mack, who has grand plans for a corner shop empire, remains unaware of the depth of the boys’ burgeo 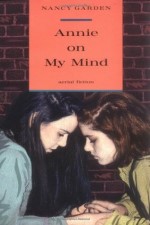 ANNIE ON MY MIND by Nancy Garden

This groundbreaking book is the story of two teenage girls whose friendship blossoms into love and who, despite pressures from family and school that threaten their relationship, promise to be true to each other and their feelings. The book has been banned from many school libraries and publicly burned in Kansas City.

Of the author and the book, the Margaret A. Edwards Award committee said, “Using a fluid, readable style, Garden opens a window through which readers can find courage to be true to themselves.” 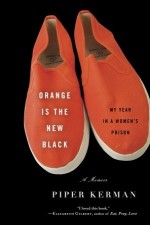 ORANGE IS THE NEW BLACK by Piper Kerman

With her career, live-in boyfriend and loving family, Piper Kerman barely resembles the rebellious young woman who got mixed up with drug runners and delivered a suitcase of drug money to Europe over a decade ago. But when she least expects it, her reckless past catches up with her; convicted and sentenced to fifteen months at an infamous women’s prison in Connecticut, Piper becomes inmate #11187-424. From her first strip search to her final release, she learns to navigate this strange world with its arbitrary rules and codes, its unpredictable, even dangerous relationships. She meets women from all walks of life, who surprise her with tokens of generosity, hard truths and simple acts of acceptance. 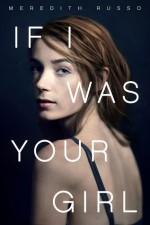 IF I WAS YOUR GIRL by Meredith Russo

Amanda Hardy is the new girl in school. Like anyone else, all she wants is to make friends and fit in. But Amanda is keeping a secret, and she’s determined not to get too close to anyone.

But when she meets sweet, easygoing Grant, Amanda can’t help but start to let him into her life. As they spend more time together, she realizes just how much she is losing by guarding her heart. She finds herself yearning to share with Grant everything about herself, including her past. But Amanda’s terrified that once she tells him the truth, he won’t be able to see past it.

Because the secret that Amanda’s been keeping? It’s that at her old school, she used to be Andrew. Will the truth cost Amanda her new life, and her new love?

View more from the LGBTQ Fiction & Nonfiction genre list, or see other genre lists we have available.