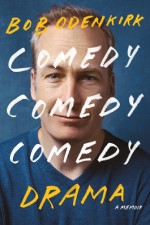 Bob Odenkirk’s career is inexplicable. And yet he will try like hell to explain it here, because that is what memoirs are for. Charting a “Homeric” decades-long “Odyssey” from his origins in the seedy comedy clubs of Chicago all the way to a dramatic career that is baffling to his friends, it’s almost like there are two or three Bob Odenkirks…but there is just one and one is enough, frankly.

Bob embraced a life in comedy after a chance meeting with Second City’s legendary Del Close, which eventually led to a job as a writer at SNL. As he weathered the beast that is live comedy, he stashed away the secrets of sketch writing–employing them in the immortal “Motivational Speaker” sketch for his friend Chris Farley, honing them on The Ben Stiller Show, and perfecting them on Mr. Show With Bob and David, which inspired an entire generation of comedy writers and stars. Then his career met the hope-dashing machine that is Hollywood development. But when all hope was lost for the umpteenth time, Bob was more astonished than anyone to find himself on Breaking Bad. His embrace of this strange new world of dramatic acting led him to working with Steven Spielberg, Alexander Payne, and Greta Gerwig, until finally re-re-inventing himself as a bona-fide worldwide action star for reasons that even he does not fully grasp! Read this and do your own psychoanalysis — it’s fun! 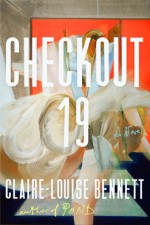 The adventures of a young woman discovering her own genius, through the people she meets–and dreams up–along the way.

In a working-class town in a county west of London, a schoolgirl scribbles stories in the back pages of her exercise book, intoxicated by the first sparks of her imagination. As she grows, everything and everyone she encounters become fuel for a burning talent. The large Russian man in the ancient maroon car who careens around the grocery store where she works as a checkout clerk, and slips her a copy of Beyond Good and Evil. The growing heaps of other books in which she loses-and finds-herself. Even the derailing of a friendship, in a devastating violation. The thrill of learning to conjure characters and scenarios in her head is matched by the exhilaration of forging her own way in the world, the two kinds of ingenuity kindling to a brilliant conflagration. 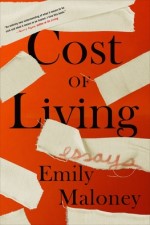 What does it cost to live?

When we fall ill, our lives are itemized on a spreadsheet. A thousand dollars for a broken leg, a few hundred for a nasty cut while cooking dinner. Then there are the greater costs for even greater misfortunes. The car accidents, breast cancers, blood diseases, and dark depressions.

When Emily Maloney was nineteen she tried to kill herself. An act that would not only cost a great deal personally, but also financially, sending her down a dark spiral of misdiagnoses, years spent in and out of hospitals and doctor’s offices, and tens of thousands owed in medical debt. To work to pay off this crippling burden, Emily becomes an emergency room technician. Doing the grunt work in a hospital, and taking care of patients at their most vulnerable moments, chronicling these interactions in searingly beautiful, surprising ways. 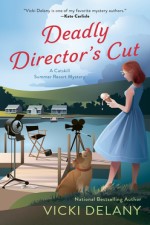 Daring resort manager Elizabeth Grady will need to think fast to bring a killer into the limelight in this charming 1950s set cozy mystery series.

Famous director Elias Theropodous has chosen Haggerman’s Catskills Resort as a shooting location for his next film. It sounds glamorous to much of the staff, but resort manager Elizabeth Grady is less satisfied. Dealing with the ridiculous demands of the antagonistic director is bad enough, and his attempts to walk all over Elizabeth are making her feel like her position at the resort has been changed into a bit part.

But when Elias is poisoned during a dinner at the resort, the future of the film and the resort itself are on the line. Between an aging movie star, a harried producer, and former victims of the deceased director’s wrath, Elizabeth has a full cast of suspects to examine, and she’ll need to investigate every lead to catch a killer. 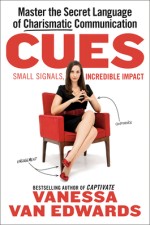 For anyone who wants to be heard at work, earn that overdue promotion, or win more clients, deals, and projects, the bestselling author of Captivate, Vanessa Van Edwards, shares her advanced guide to improving professional relationships through the power of cues.

What makes someone charismatic? Why do some captivate a room, while others have trouble managing a small meeting? What makes some ideas spread, while other good ones fall by the wayside? If you have ever been interrupted in meetings, overlooked for career opportunities or had your ideas ignored, your cues may be the problem – and the solution.

Cues — the tiny signals we send to others 24/7 through our body language, facial expressions, word choice, and vocal inflection – have a massive impact on how we, and our ideas, come across. Our cues can either enhance our message or undermine it. 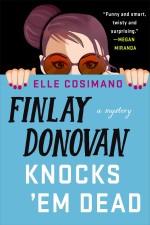 Finlay Donovan is―once again―struggling to finish her next novel and keep her head above water as a single mother of two. On the bright side, she has her live-in nanny and confidant Vero to rely on, and the only dead body she’s dealt with lately is that of her daughter’s pet goldfish.

On the not-so-bright side, someone out there wants her ex-husband, Steven, out of the picture. Permanently. Whatever else Steven may be, he’s a good father, but saving him will send her down a rabbit hole of hit-women disguised as soccer moms, and a little bit more involvement with the Russian mob than she’d like.

Meanwhile, Vero’s keeping secrets, and Detective Nick Anthony seems determined to get back into her life. He may be a hot cop, but Finlay’s first priority is preventing her family from sleeping with the fishes… and if that means bending a few laws then so be it.

With her next book’s deadline looming and an ex-husband to keep alive, Finlay is quickly coming to the end of her rope. She can only hope there isn’t a noose at the end of it… 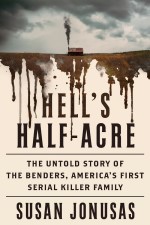 In 1873 the people of Labette County, Kansas made a grisly discovery. Buried by a trailside cabin beneath an orchard of young apple trees were the remains of countless bodies. Below the cabin itself was a cellar stained with blood. The Benders, the family of four who once resided on the property were nowhere to be found. The discovery sent the local community and national newspapers into a frenzy that continued for decades, sparking an epic manhunt for the Benders.

The idea that a family of seemingly respectable homesteaders—one among the thousands relocating farther west in search of land and opportunity after the Civil War—were capable of operating “a human slaughter pen” appalled and fascinated the nation. But who the Benders really were, why they committed such a vicious killing spree and whether justice ever caught up to them is a mystery that remains unsolved to this day. Set against the backdrop of postbellum America, Hell’s Half-Acre explores the environment capable of allowing such horrors to take place. Drawing on extensive original archival material, Susan Jonusas introduces us to a fascinating cast of characters, many of whom have been previously missing from the story. Among them are the families of the victims, the hapless detectives who lost the trail, and the fugitives that helped the murderers escape. 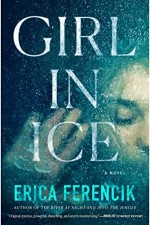 GIRL IN ICE by Erica Ferencik

Valerie “Val” Chesterfield is a linguist trained in the most esoteric of disciplines: dead Nordic languages. Despite her successful career, she leads a sheltered life and languishes in the shadow of her twin brother Andy, an accomplished climate scientist stationed on a remote island off Greenland’s barren coast. But Andy is gone: a victim of suicide, having willfully ventured unprotected into 50 degree below zero weather. Val is inconsolable—and disbelieving. She suspects foul play.

When Wyatt, Andy’s fellow researcher in the Arctic, discovers a scientific impossibility­—a young girl frozen in the ice who thaws out alive, speaking a language no one understands—Val is his first call. Will she travel to the frozen North and meet this girl, try to comprehend what she is so passionately trying to communicate? Under the auspices of helping Wyatt interpret the girl’s speech, Val musters every ounce of her courage and journeys to the Artic to solve the mystery of her brother’s death.

The moment she steps off the plane, her fear threatens to overwhelm her. The landscape is fierce, and Wyatt, brilliant but difficult, is an enigma. But the girl is special, and Val’s connection with her is profound. Only something is terribly wrong; the child is sick, maybe dying, and the key to saving her lies in discovering the truth about Wyatt’s research. Can his data be trusted? And does it have anything to do with how and why Val’s brother died? With time running out, Val embarks on an incredible frozen odyssey—led by the unlikeliest of guides—to rescue the new family she has found in the most unexpected of places.