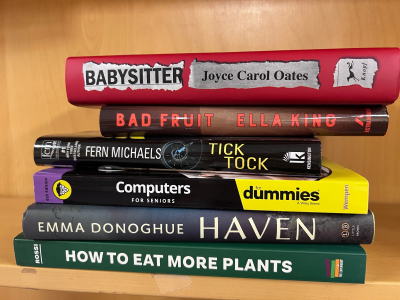 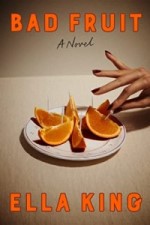 Just graduated from high school and waiting to start college at Oxford, Lily lives under the scrutiny of her volatile Singaporean mother, May, and is unable to find kinship with her elusive British father, Charlie. When May suspects that Charlie is having an affair, there’s only one thing that calms May down: a glass of perfectly spoiled orange juice served by Lily, who must always taste it first to make sure it’s just right.

As her mother becomes increasingly unhinged, Lily starts to have flashbacks that she knows aren’t her own. Over a sweltering London summer, all semblance of civility and propriety is lost, as Lily begins to unravel the harrowing history that has always cast a shadow on her mother. The horrifying secrets she uncovers will shake her family to its core, culminating in a shattering revelation that will finally set Lily free.

Beautiful and shocking, Bad Fruit is as compulsive as it is thought-provoking, as nuanced as it is explosive. A masterful exploration of mothers and daughters, inherited trauma and the race to break its devastating cycle, Bad Fruit will leave readers breathlessly questioning their own notions of femininity, race and redemption. 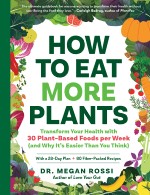 HOW TO EAT MORE PLANTS by Megan Rossi

The secret to a healthy gut (and a healthier body and mind) is all in the microbes: the trillions of microorganisms that live in our digestive tract. These microbes thrive on fiber—as many different types as they can get.

That’s why Dr. Megan Rossi developed the Diversity Diet, a simple yet revolutionary way of eating that anyone can adopt to enjoy huge health benefits—increased energy, improved mood, and reduced risk of illness, to name a few. It’s all about eating a wider variety of plant foods—at least 30 different plants per week.

Each plant counts as one point, and How to Eat More Plants shows readers exactly how to get their “Plant Points” with delicious fruits, veggies, grains, nuts, herbs, and more. A 28-day challenge, tailored meal plans, and over 80 mouthwatering recipes set readers on the path toward better health! 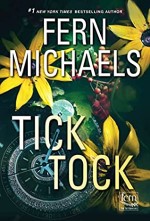 The Sisterhood: a group of women from all walks of life bound by friendship and years of adventure. Armed with vast resources, top-notch expertise, and a loyal network of allies around the globe, the Sisterhood will not rest until every wrong is made right.

In the course of both their official careers and their top-secret missions, the Sisterhood—and their menfolk—have acquired enemies. Myra has been feeling uneasy of late, and her fears are justified when her adopted daughter, Nikki, is seriously injured. With Nikki in a coma, and signs that the organization’s online security has been breached, the women of the Sisterhood are more vulnerable than they’ve ever been.

On their trail is a vicious felon with scores to settle and a network of accomplices willing to do his bidding, for a price. He’s set his sights on vengeance, and the attack on Nikki is just the beginning. Though frantic with worry about her daughter, Myra and her beloved Charles know it’s time to summon the others and figure out how to take the fight to the enemy’s door. Because no one targets one of their own and gets away with it . . . 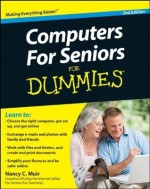 Computers are an essential part of daily life these days, but they can be a bit intimidating at first. Computers For Seniors For Dummies, 2nd Edition gets you going with lots of illustrations and easy-to-follow-instructions, never assuming you already know more than you do.

You’ll learn to use the keyboard and mouse, navigate the Windows 7 operating system, access the Internet and use e-mail, create documents, shop safely online, and more.

Shows you how to choose the right computer, get it set up, and get going Explains how to connect to the Internet and keep up with family and friends via e-mail Helps you create documents, work with files and folders, simplify your finances, and build a budget using a spreadsheet Discusses how to use social networking sites and how to shop and bank online without compromising your privacy Offers tips and advice to help you avoid common pitfalls With Computers For Seniors For Dummies, 2nd Edition by your side, you’ll be able to use the computer with confidence and take advantage of all it has to offer. 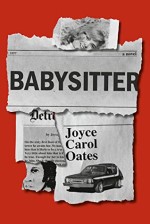 In the waning days of the turbulent 1970s, in the wake of unsolved killings that have shocked Detroit, the lives of several residents are drawn together, with tragic consequences. There is Hannah, wife of a prominent local businessman, who has begun an affair with a darkly charismatic stranger whose identity remains elusive; Mikey, a canny street hustler who finds himself on an unexpected mission to rectify injustice; and the serial killer known as Babysitter, an enigmatic and terrifying figure at the periphery of elite Detroit. As Babysitter continues his rampage of killings, these individuals intersect with one another in startling and unexpected ways.

Suspenseful, brilliantly orchestrated and engrossing, Babysitter is a starkly narrated exploration of the riskiness of pursuing alternate lives, calling into question how far we are willing to go to protect those whom we cherish most. In its scathing indictment of corrupt politics, unexamined racism, and the enabling of sexual predation in America, Babysitter is a thrilling work of contemporary fiction. 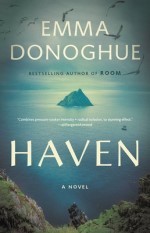 In seventh-century Ireland, a scholar and priest called Artt has a dream telling him to leave the sinful world behind. Taking two monks—young Trian and old Cormac—he rows down the river Shannon in search of an isolated spot on which to found a monastery. Drifting out into the Atlantic, the three men find an impossibly steep, bare island inhabited by tens of thousands of birds, and claim it for God. In such a place, what will survival mean?

Three men vow to leave the world behind them. They set out in a small boat for an island their leader has seen in a dream, with only faith to guide them. What they find is the extraordinary island now known as Skellig Michael. Haven has Emma Donoghue’s trademark world-building and psychological intensity—but this story is like nothing she has ever written before.