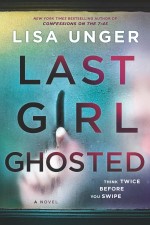 Think twice before you swipe.

She met him through a dating app. An intriguing picture on a screen, a date at a downtown bar. What she thought might be just a quick hookup quickly became much more. She fell for him—hard. It happens sometimes, a powerful connection with a perfect stranger takes you by surprise. Could it be love?

But then, just as things were getting real, he stood her up. Then he disappeared—profiles deleted, phone disconnected. She was ghosted.

Maybe it was her fault. She shared too much, too fast. But isn’t that always what women think—that they’re the ones to blame? Soon she learns there were others. Girls who thought they were in love. Girls who later went missing. She had been looking for a connection, but now she’s looking for answers. Chasing a digital trail into his dark past—and hers—she finds herself on a dangerous hunt. And she’s not sure whether she’s the predator—or the prey. 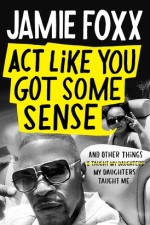 ACT LIKE YOU GOT SOME SENSE: AND OTHER THINGS MY DAUGHTERS TAUGHT ME by Jamie Foxx

Jamie Foxx has won an Academy Award and a Grammy Award, laughed with sitting presidents, and partied with the biggest names in hip-hop. But he is most proud of his role as father to two very independent young women, Corinne and Anelise. Jamie might not always know what he’s doing when it comes to raising girls—especially when they talk to him about TikTok (PlikPlok?) and don’t share his enthusiasm for flashy Rolls Royces—but he does his best to show up for them every single day.

Luckily, he has a strong example to follow: his beloved late grandmother, Estelle Marie Talley.  Jamie learned everything he knows about parenting from the fierce woman who raised him: As he puts it, she’s “Madea before Tyler Perry put on the pumps and the gray wig.” 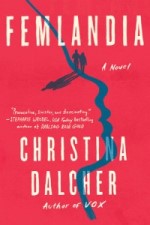 Miranda Reynolds always thought she would rather die than live in Femlandia. But that was before the country sank into total economic collapse and her husband walked out in the harshest, most permanent way, leaving her and her sixteen-year-old daughter with nothing. The streets are full of looting, robbing, and killing, and Miranda and Emma no longer have much choice—either starve and risk getting murdered, or find safety. And so they set off to Femlandia, the women-only colony Miranda’s mother, Win Somers, established decades ago.

Although Win is no longer in the spotlight, her protégé Jen Jones has taken Femlandia to new heights: The off-grid colonies are secluded, self-sufficient, and thriving—and Emma is instantly enchanted by this idea of a safe haven. But something is not right. There are no men allowed in the colony, but babies are being born—and they’re all girls. Miranda discovers just how the all-women community is capable of enduring, and it leads her to question how far her mother went to create this perfect, thriving, horrifying society. 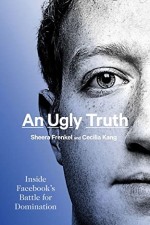 AN UGLY TRUTH: INSIDE FACEBOOK’S BATTLE FOR DOMINATION by Sheera Frenkel & Cecilia Kang

Once one of Silicon Valley’s greatest success stories, Facebook has been under constant fire for the past five years, roiled by controversies and crises. It turns out that while the tech giant was connecting the world, they were also mishandling users’ data, spreading fake news, and amplifying dangerous, polarizing hate speech.

The company, many said, had simply lost its way. But the truth is far more complex. Leadership decisions enabled, and then attempted to deflect attention from, the crises. Time after time, Facebook’s engineers were instructed to create tools that encouraged people to spend as much time on the platform as possible, even as those same tools boosted inflammatory rhetoric, conspiracy theories, and partisan filter bubbles. And while consumers and lawmakers focused their outrage on privacy breaches and misinformation, Facebook solidified its role as the world’s most voracious data-mining machine, posting record profits, and shoring up its dominance via aggressive lobbying efforts.

Drawing on their unrivaled sources, Sheera Frenkel and Cecilia Kang take readers inside the complex court politics, alliances and rivalries within the company to shine a light on the fatal cracks in the architecture of the tech behemoth. Their explosive, exclusive reporting led them to a shocking conclusion: The missteps of the last five years were not an anomaly but an inevitability—this is how Facebook was built to perform. In a period of great upheaval, growth has remained the one constant under the leadership of Mark Zuckerberg and Sheryl Sandberg. Both have been held up as archetypes of uniquely 21st century executives—he the tech “boy genius” turned billionaire, she the ultimate woman in business, an inspiration to millions through her books and speeches. But sealed off in tight circles of advisers and hobbled by their own ambition and hubris, each has stood by as their technology is coopted by hate-mongers, criminals and corrupt political regimes across the globe, with devastating consequences. In An Ugly Truth, they are at last held accountable. 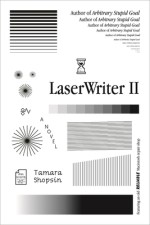 A coming-of-age tale set in the legendary 90s indie NYC Mac repair shop TekServe—a voyage back in time to when the internet was new, when New York City was gritty, and when Apple made off-beat computers for weirdos. Our guide is Claire, a 19-year-old who barely speaks to her bohemian co-workers, but knows when it’s time to snap on an antistatic bracelet.

Tamara Shopsin brings us a classically New York novel that couldn’t feel more timely. Interweaving the history of digital technology with a tale both touchingly human and delightfully technical, Shopsin brings an idiosyncratic cast of characters to life with a light touch, a sharp eye, and an unmistakable voice.

Filled with pixelated philosophy and lots of printers, LaserWriter II is, at its heart, a parable about an apple. 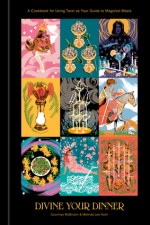 DIVINE YOUR DINNER: USING TAROT AS YOUR GUIDE TO MAGICKAL MEALS: A TAROT COOKBOOK by Courtney McBroom

Divine Your Dinner declares that there is no better, more tangible, or more fun way to tap into the energy of tarot than through the food we eat. Tarot specialist Melinda Lee Holm and recipe developer Courtney McBroom craft recipes focused on ingredients that align with the symbolism found in a traditional tarot deck.

Perfect for tarot lovers and spiritual newbies alike, Divine Your Dinner offers dishes that are both tasty and magickal. The Four of Swords points you toward Chicken Tortilla Soup, the Nine of Coins leads you to Smokey Eggplant and Quinoa, and The Magician offers a Butterfly Pea Flower Cinnamon Gimlet. With seventy-eight recipes that serve as an exciting form of meal planning and a new way to integrate elemental energy into your everyday life, this cookbook is a reminder that turning a good meal into a good time is the most natural thing on Earth. 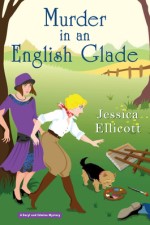 MURDER IN AN ENGLISH GLADE by Jessica Ellicott

When a member of the Walmsley Parva upper crust, Constance Maitland, seeks to hire Beryl and Edwina for a sham investigation into an alleged dalliance by her sister-in-law Ursula to quell potentially scandalous accusations by an unstable cousin, it is with mixed feelings that they agree to pose as guests at her home, Maitland Park. Edwina is uncomfortable with the ruse, but Beryl is eager to escape tension with their feisty housekeeper and hobnob with bohemians as the Maitland family hosts an artists colony.

But when the painter suspected of having an affair with Ursula is found strangled beside his easel in a glade, the pretense turns into a genuine murder enquiry. With Maitland Park overrun by artists, every guest–not to mention family member–is now a suspect.

Beryl and Edwina must determine if they are dealing with a crime of passion or if there are more complex motives in play, which may include the family cigarette business, cutthroat artistic competition, or secrets from the war years. In any case, the intrepid sleuths will not leave until they have smoked out the real killer… 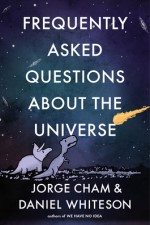 You’ve got questions: about space, time, gravity, and the odds of meeting your older self inside a wormhole. All the answers you need are right here.

As a species, we may not agree on much, but one thing brings us all together: a need to know. We all wonder, and deep down we all have the same big questions. Why can’t I travel back in time? Where did the universe come from? What’s inside a black hole? Can I rearrange the particles in my cat and turn it into a dog?

Researcher-turned-cartoonist Jorge Cham and physics professor Daniel Whiteson are experts at explaining science in ways we can all understand, in their books and on their popular podcast, Daniel and Jorge Explain the Universe. With their signature blend of humor and oh-now-I-get-it clarity, Jorge and Daniel offer short, accessible, and lighthearted answers to some of the most common, most outrageous, and most profound questions about the universe they’ve received.