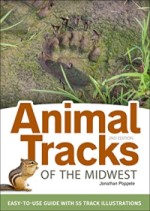 ANIMAL TRACKS OF THE MIDWEST by Jonathan Poppele

From the backyard to the backwoods, keep this tabbed booklet close at hand. Based on Jonathan Poppele’s popular field guide and featuring only Midwest mammals, the booklet is organized by group for quick and easy identification. Narrow your choices by group, and view just a few animal tracks at a time. The pocket-sized format is much easier to use than laminated foldouts, and the tear-resistant pages help to make the book durable in the field.

Animal Tracks of the Midwest features realistic track illustrations and size information for more than 95 species. With a step-by-step guide to track identification, as well as a track information chart and sample gait patterns, the booklet has just what you need to identify animal tracks in the field. 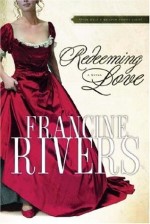 California’s gold country, 1850. A time when men sold their souls for a bag of gold and women sold their bodies for a place to sleep.

Angel expects nothing from men but betrayal. Sold into prostitution as a child, she survives by keeping her hatred alive. And what she hates most are the men who use her, leaving her empty and dead inside.

Then she meets Michael Hosea. A man who seeks his Father’s heart in everything, Michael Hosea obeys God’s call to marry Angel and to love her unconditionally. Slowly, day by day, he defies Angel’s every bitter expectation until, despite her resistance, her frozen heart begins to thaw.

But with her unexpected softening come overwhelming feelings of unworthiness and fear. And so Angel runs. Back to the darkness, away from her husband’s pursuing love, terrified of the truth she can no longer deny: Her final healing must come from the One who loves her even more than Michael Hosea does…the One who will never let her go. 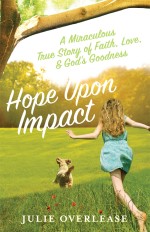 HOPE UPON IMPACT: A MIRACULOUS, TRUE STORY OF FAITH, LOVE, AND GOD’S GOODNESS

On the lovely spring afternoon of April 20, 2018, a backyard tree cracked, and a heavy limb fell. 12-year-old Evelyn suffered a devastating blow to her head as she shielded her puppy. A significant, compressed skull fracture required emergency neurosurgery. This freak, life-threatening event shook the Overlease family to the core, and an unbelievable experience was instantly set in motion that may take a lifetime to fully understand.

The astounding details surrounding Evelyn’s accident, medical care, and recovery are crazier than fiction. First-time author Julie Overlease tells the story in close detail, with frankness and honesty. This is a book of hope and miracles, in which Evelyn’s mother tells a story of faith in action during a time of crisis, of prayer through pain and darkness, of devoted friendship, and the great goodness and love of God. 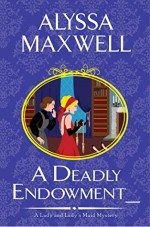 A DEADLY ENDOWMENT by Alyssa Maxwell

To make ends meet, Lady Phoebe Renshaw and her lady’s maid, Eva Huntford, have decided to open up Foxwood Hall to guided public tours. Not everyone is pleased about it—even to the point of committing murder…

The lean times following the Great War continue to require creative solutions for England’s noble class. But Lady Phoebe’s proposal to open up the Renshaw estate to guided tours for additional income strikes many in the family as a “vulgar enterprise.” Phoebe’s grandfather, the Earl of Wroxly, however, reluctantly concedes the necessity.

Their first tour group consists of members of the Historical Society, a magazine writer, and a flock of students. It’s a large group for Phoebe, her sister Amelia, and Eva to manage, and when the widow Arvina Bell goes missing, Eva goes in search of her—only to find her in the library, strangled with a silken drapery cord.

The schoolchildren are promptly sent home, but the members of the Historical Society—many of whom also wandered off at times—remain for interrogation. There is also, curiously, a framed photo missing from the library. As the police hastily zero in on a suspect, Phoebe and Eva weigh the clues. Does the crime have to do with rumors of hidden treasure at Foxwood Hall? But they must make haste to solve the widow’s murder—before someone else becomes history… 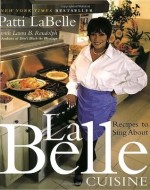 LABELLE CUISINE: RECIPES TO SING ABOUT by Patti LaBelle

For Patti, cooking is about love. Taught by the great Southern cooks in her family–her mother, father, and aunts Hattie Mae and Joshia Mae–Patti LaBelle has kept these family heirlooms close to her heart. But now, she invites you into her kitchen and serves up more than 100 of her favorite recipes, from treasured down-home favorites–Say-My-Name Smothered Chicken and Gravy, Fierce Fried Corn, and Aunt Hattie’s Scrumptious Sweet Tater Bread–to good-enough-for-dinner-parties dishes–Shrimp Etouffee, Roast Leg of Lamb with Rosemary-Lemon Rub, and Aunt Mary’s Philadelphia Buttercake.

Wherever Patti goes, so do her electric frying pans and bottles of hot sauce. After her raise-the-roof shows, she often goes back to her hotel room and whips up a meal for her band or celebrity visitors. When she’s home–at holiday time and at family gatherings–or just after one of her sold-out concert tours, Patti likes nothing more than to head for her kitchen and cook her Geechee Geechee Ya Ya Gumbo, Pass-It-On Pot Roast, or Burnin’ Babyback Ribs. And like her bestselling memoir, Don’t Block the Blessings, her accompanying personal reminiscences will fill your heart just as her recipes will fill your stomach.

Patti LaBelle’s LaBelle Cuisine has the recipes you’ll want to cook, eat, and share with friends. Filled with the legendary diva’s favorite dishes and step-by-step instructions on how to prepare them, LaBelle Cuisine makes you feel like Patti’s in the kitchen with you, demonstrating the recipes and techniques that can turn anybody into a fabulous cook. 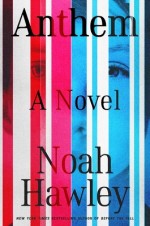 Something is happening to teenagers across America, spreading through memes only they can parse.

At the Float Anxiety Abatement Center, in a suburb of Chicago, Simon Oliver is trying to recover from his sister’s tragic passing. He breaks out to join a woman named Louise and a man called The Prophet on a quest as urgent as it is enigmatic. Who lies at the end of the road? A man known as The Wizard, whose past encounter with Louise sparked her own collapse. Their quest becomes a rescue mission when they join up with a man whose sister is being held captive by the Wizard, impregnated and imprisoned in a tower.

Noah Hawley’s new novel is an adventure that finds unquenchable lights in dark corners.  Unforgettably vivid characters and a plot as fast and bright as pop cinema blend in a Vonnegutian story that is as timeless as a Grimm’s fairy tale.  It is a leap into the idiosyncratic pulse of the American heart, written with the bravado, literary power, and feverish foresight that have made Hawley one of our most essential writers.