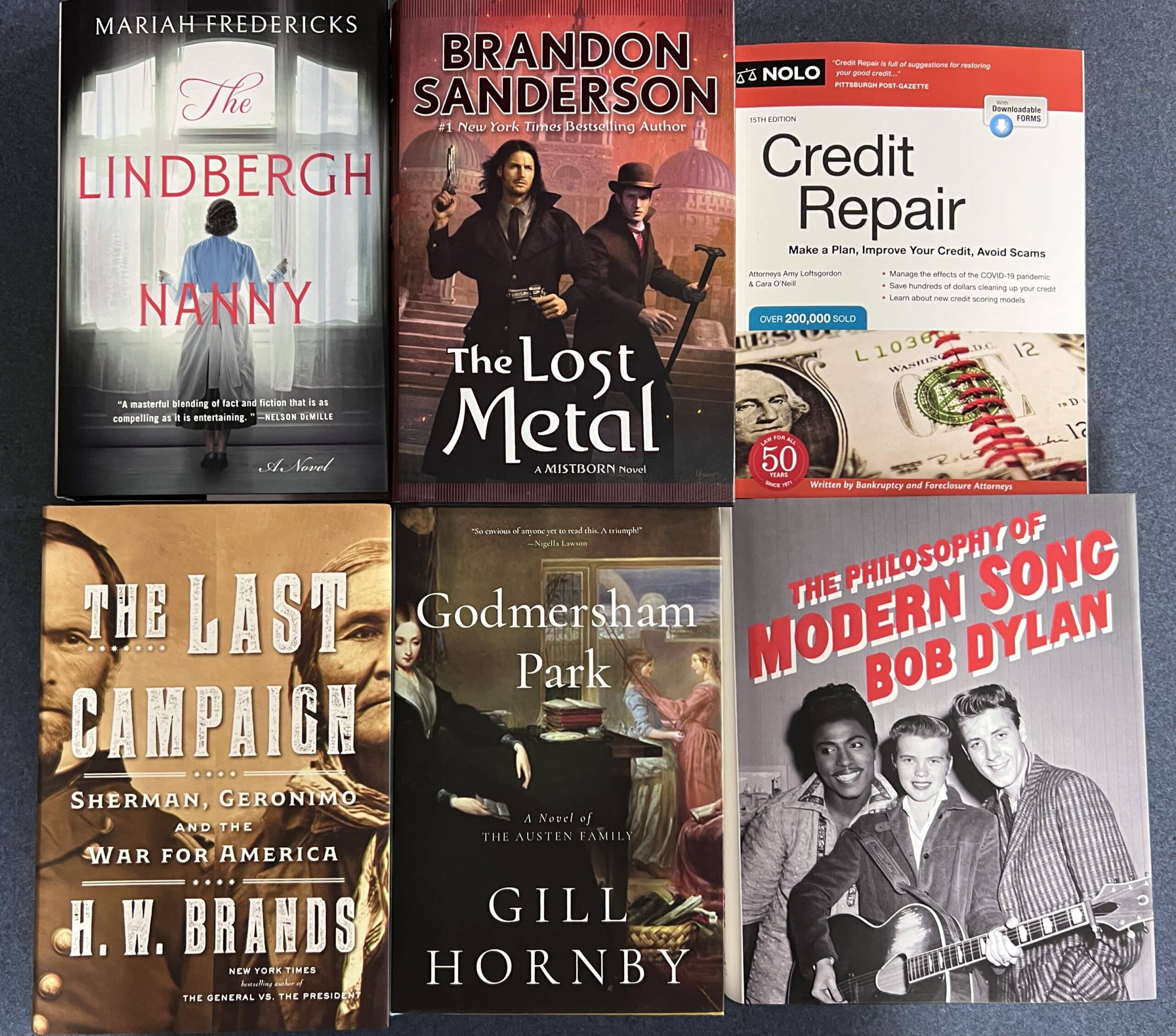 THE LINDBERGH NANNY by Mariah Fredericks

When the most famous toddler in America, Charles Lindbergh, Jr., is kidnapped from his family home in New Jersey in 1932, the case makes international headlines. Already celebrated for his flight across the Atlantic, his father, Charles, Sr., is the country’s golden boy, with his wealthy, lovely wife, Anne Morrow Lindbergh, by his side. But there’s someone else in their household—Betty Gow, a formerly obscure young woman, now known around the world by another name: the Lindbergh Nanny.

A Scottish immigrant deciphering the rules of her new homeland and its East Coast elite, Betty finds Colonel Lindbergh eccentric and often odd, Mrs. Lindbergh kind yet nervous, and Charlie simply a darling. Far from home and bruised from a love affair gone horribly wrong, Betty finds comfort in caring for the child, and warms to the attentions of handsome sailor Henrik, sometimes known as Red. Then, Charlie disappears.

Suddenly a suspect in the eyes of both the media and the public, Betty must find the truth about what really happened that night, in order to clear her own name—and to find justice for the child she loves.

THE LOST METAL by Brandon Sanderson

For years, frontier lawman turned big-city senator Waxillium Ladrian has hunted the shadowy organization the Set—with his late uncle and his sister among their leaders—since they started kidnapping people with the power of Allomancy in their bloodlines. When Detective Marasi Colms and her partner Wayne find stockpiled weapons bound for the Outer City of Bilming, this opens a new lead. Conflict between Elendel and the Outer Cities only favors the Set, and their tendrils now reach to the Elendel Senate—whose corruption Wax and Steris have sought to expose—and Bilming is even more entangled.

After Wax discovers a new type of explosive that can unleash unprecedented destruction and realizes that the Set must already have it, an immortal kandra serving Scadrial’s god reveals that Harmony’s power is blocked in Bilming. That means the city has fallen under the influence of another god: Trell, worshipped by the Set. And Trell isn’t the only factor at play from the larger Cosmere—Marasi is recruited by offworlders with strange abilities who claim their goal is to protect Scadrial…at any cost.

Harmony’s vision of future possibilities comes to an abrupt halt tomorrow night, with only blackness after that. It’s a race against time, and Wax must choose whether to set aside his rocky relationship with God and once again become the Sword that Harmony has groomed him to be. If no one steps forward to be the hero Scadrial needs, the planet and its millions of people will come to a sudden and calamitous ruin.

On January 21, 1804, Anne Sharpe arrives at Godmersham Park in Kent to take up the position of governess. At thirty-one years old, she has no previous experience of either teaching or fine country houses. Her mother has died, and she has nowhere else to go. Anne is left with no choice. For her new charge—twelve-year-old Fanny Austen—Anne’s arrival is all novelty and excitement.

The governess role is a uniquely awkward one. Anne is neither one of the servants, nor one of the family, and to balance a position between the “upstairs” and “downstairs” members of the household is a diplomatic chess game. One wrong move may result in instant dismissal. Anne knows that she must never let down her guard.

When Mr. Edward Austen’s family comes to stay, Anne forms an immediate attachment to Jane. They write plays together, and enjoy long discussions. However, in the process, Anne reveals herself as not merely pretty, charming, and competent; she is clever too. Even her sleepy, complacent, mistress can hardly fail to notice.

Meanwhile Jane’s brother, Henry, begins to take an unusually strong interest in the lovely young governess. And from now on, Anne’s days at Godmersham Park are numbered.

A bad credit report can prevent you from getting a mortgage, car loan, credit card, apartment, or even a job. The sensible strategies in Credit Repair help you take control of your finances, clean up your credit report and rebuild your credit. Learn how to:

Updates to the 15th edition of Credit Repair include new credit reporting standards for medical debts and revised rules about what debt collectors must include in collection notices.

THE PHILOSOPHY OF MODERN SONG

Dylan, who began working on the book in 2010, offers his extraordinary insight into the nature of popular music. He writes over sixty essays focusing on songs by other artists, spanning from Stephen Foster to Elvis Costello, and in between ranging from Hank Williams to Nina Simone. He analyzes what he calls the trap of easy rhymes, breaks down how the addition of a single syllable can diminish a song, and even explains how bluegrass relates to heavy metal. These essays are written in Dylan’s unique prose. They are mysterious and mercurial, poignant and profound, and often laugh-out-loud funny. And while they are ostensibly about music, they are really meditations and reflections on the human condition. Running throughout the book are nearly 150 carefully curated photos as well as a series of dream-like riffs that, taken together, resemble an epic poem and add to the work’s transcendence.

In 2020, with the release of his outstanding album Rough and Rowdy Ways, Dylan became the first artist to have an album hit the Billboard Top 40 in each decade since the 1960s. The Philosophy of Modern Song contains much of what he has learned about his craft in all those years, and like everything that Dylan does, it is a momentous artistic achievement.

THE LAST CAMPAIGN: SHERMAN, GERONIMO AND THE WAR FOR AMERICA by H.W. Brands

William Tecumseh Sherman and Geronimo were keen strategists and bold soldiers, ruthless with their enemies. Over the course of the 1870s and 1880s these two war chiefs would confront each other in the final battle for what the American West would be: a sparsely settled, wild home where Indian tribes could thrive, or a densely populated extension of the America to the east of the Mississippi.

Sherman was a privileged son of Ohio who attended West Point and rose to prominence through his scorched earth campaigns in the Civil War. Geronimo grew up in the Apache tribe, hunting wild game for survival and roaming freely on the land. After the brutal killing of his wife, children, and mother, however, he became a relentless avenger, raiding Mexican settlements across the American border. When Sherman rose to General of the U.S. Army, he was tasked with bringing Geronimo and his tribe into an agreement with the U.S. government pledging that the Apache would live as farmers and ranchers and roam no more. But Geronimo preferred to fight.