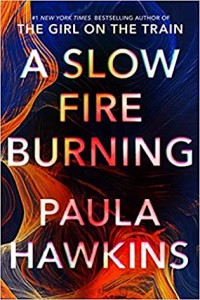 When a young man is found gruesomely murdered in a London houseboat, it triggers questions about three women who knew him. Laura is the troubled one-night-stand last seen in the victim’s home. Carla is his grief-stricken aunt, already mourning the recent death of yet another family member. And Miriam is the nosy neighbor clearly keeping secrets from the police. Three women with separate connections to the victim. Three women who are – for different reasons – simmering with resentment. Who are, whether they know it or not, burning to right the wrongs done to them. When it comes to revenge, even good people might be capable of terrible deeds. How far might any one of them go to find peace? How long can secrets smolder before they explode into flame? 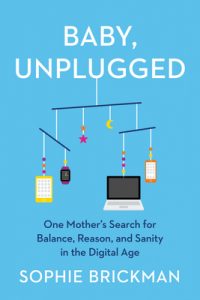 BABY, UNPLUGGED: ONE MOTHER’S SEARCH FOR BALANCE, REASON, AND SANITY IN THE DIGITAL AGE by Sophie Brickman

A charming, meticulously researched, and illuminating look at how technology infiltrates every aspect of raising children today, filled with helpful advice parents can use to best navigate the digital landscape, and ultimately learn to trust their own judgment.

There’s an app or device for nearly every aspect of parenting today: monitoring your baby; entertaining or educating your toddler; connecting with other new parents for tips, tricks, and community—virtually every aspect of daily life. But it isn’t a parenting paradise; the truth is much more complicated.

The mother of two young daughters, journalist Sophie Brickman wondered what living in a tech-saturated world was doing to her and her children. She turned to experts, academics, doctors, and innovators for advice and insight. Baby, Unplugged brings together Brickman’s in-depth research with her own candid (sometimes hilarious) personal experience to help parents sort through the wide and often confusing tech offerings available today and to sort out what’s helpful and what’s not. 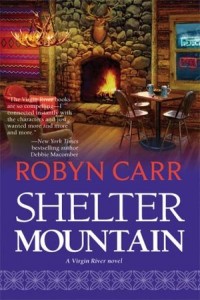 John “Preacher” Middleton is about to close the bar when a young woman and her three-year-old son come in out of a wet October night. A marine who has seen his share of pain, Preacher knows a crisis when he sees one—the woman is covered in bruises. He wants to protect them, and he wants to punish whoever did this to her, but he knows immediately that this inclination to protect is something much more. Paige Lassiter has stirred up emotions in this gentle giant of a man—emotions that he has never allowed himself to feel.

But when Paige’s ex-husband turns up in Virgin River, Preacher knows his own future hangs in the balance. And if there’s one thing in the marines’ motto of Semper Fidelis—always faithful—has taught him, it’s that some things are worth fighting for. 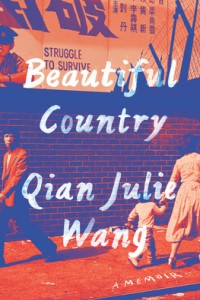 In Chinese, the word for America, Mei Guo, translates directly to “beautiful country.” Yet when seven-year-old Qian arrives in New York City in 1994 full of curiosity, she is overwhelmed by crushing fear and scarcity. In China, Qian’s parents were professors; in America, her family is “illegal” and it will require all the determination and small joys they can muster to survive.

In Chinatown, Qian’s parents labor in sweatshops. Instead of laughing at her jokes, they fight constantly, taking out the stress of their new life on one another. Shunned by her classmates and teachers for her limited English, Qian takes refuge in the library and masters the language through books, coming to think of The Berenstain Bears as her first American friends. And where there is delight to be found, Qian relishes it: her first bite of gloriously greasy pizza, weekly “shopping days,” when Qian finds small treasures in the trash lining Brooklyn’s streets, and a magical Christmas visit to Rockefeller Center—confirmation that the New York City she saw in movies does exist after all.

But then Qian’s headstrong Ma Ma collapses, revealing an illness that she has kept secret for months for fear of the cost and scrutiny of a doctor’s visit. As Ba Ba retreats further inward, Qian has little to hold onto beyond his constant refrain: Whatever happens, say that you were born here, that you’ve always lived here. 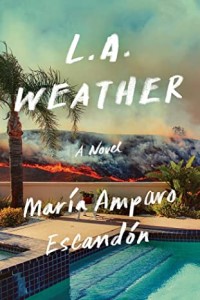 L.A. is parched, dry as a bone, and all Oscar, the weather-obsessed patriarch of the Alvarado family, desperately wants is a little rain. He’s harboring a costly secret that distracts him from everything else. His wife, Keila, desperate for a life with a little more intimacy and a little less Weather Channel, feels she has no choice but to end their marriage. Their three daughters—Claudia, a television chef with a hard-hearted attitude; Olivia, a successful architect who suffers from gentrification guilt; and Patricia, a social media wizard who has an uncanny knack for connecting with audiences but not with her lovers—are blindsided and left questioning everything they know. Each will have to take a critical look at her own relationships and make some tough decisions along the way. 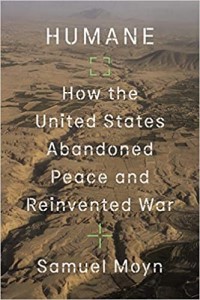 HUMANE: HOW THE UNITED STATES ABANDONED PEACE AND REINVENTED WAR by Samuel Moyn

In the years since 9/11, we have entered an age of endless war. With little debate or discussion, the United States carries out military operations around the globe. It hardly matters who’s president or whether liberals or conservatives operate the levers of power. The United States exercises dominion everywhere.

In Humane: How the United States Abandoned Peace and Reinvented War, Samuel Moyn asks a troubling but urgent question: What if efforts to make war more ethical—to ban torture and limit civilian casualties—have only shored up the military enterprise and made it sturdier? To advance this case, Moyn looks back at a century and a half of passionate arguments about the ethics of using force. In the nineteenth century, the founders of the Red Cross struggled mightily to make war less lethal even as they acknowledged its inevitability. Leo Tolstoy prominently opposed their efforts, reasoning that war needed to be abolished, not reformed—and over the subsequent century, a popular movement to abolish war flourished on both sides of the Atlantic. Eventually, however, reformers shifted their attention from opposing the crime of war to opposing war crimes, with fateful consequences.

The ramifications of this shift became apparent in the post-9/11 era. By that time, the US military had embraced the agenda of humane war, driven both by the availability of precision weaponry and the need to protect its image. The battle shifted from the streets to the courtroom, where the tactics of the war on terror were litigated but its foundational assumptions went without serious challenge. These trends only accelerated during the Obama and Trump presidencies. Even as the two administrations spoke of American power and morality in radically different tones, they ushered in the second decade of the “forever” war. 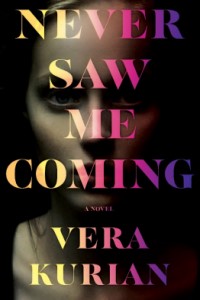 Meet Chloe Sevre. She’s a freshman honor student, a leggings-wearing hot girl next door, who also happens to be a psychopath. Her hobbies include yogalates, frat parties, and plotting to kill Will Bachman, a childhood friend who grievously wronged her.

Chloe is one of seven students at her DC-based college who are part of an unusual clinical study for psychopaths—students like herself who lack empathy and can’t comprehend emotions like fear or guilt. The study, led by a renowned psychologist, requires them to wear smart watches that track their moods and movements.

When one of the students in the study is found murdered in the psychology building, a dangerous game of cat and mouse begins, and Chloe goes from hunter to prey. As she races to identify the killer and put her own plan into action, she’ll be forced to decide if she can trust any of her fellow psychopaths—and everybody knows you should never trust a psychopath. 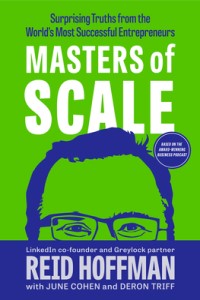 MASTERS OF SCALE: SURPRISING TRUTHS FROM THE WORLD’S MOST SUCCESSFUL ENTREPRENEURS by Reid Hoffman

Behind the scenes in Silicon Valley, Reid Hoffman (founder of LinkedIn, investor at Greylock) is a sought-after adviser to heads of companies and heads of state. On each episode of his podcast, Masters of Scale, he sits down with a guest from an all-star list of visionary founders and leaders, digging into the surprising strategies that power their company’s growth. In this book, he draws on their most riveting, revealing stories–as well as his own experience as a founder and investor–to distill the secrets behind the most extraordinary success stories of our times.

Here, Hoffman teams up with Masters of Scale‘s executive producers to offer a rare window into the entrepreneurial mind, sharing hard-won wisdom from leaders of iconic companies (including Apple, Nike, Netflix, Spotify, Starbucks, Google, Instagram, and Microsoft) as well as the bold, disruptive startups (such as 23andMe, TaskRabbit, Black List, and Walker & Co.) that are solving the problems of the twenty-first century.

Through vivid storytelling and incisive analysis, Masters of Scale distills their collective insights into a set of counterintuitive principles that anyone can use. How do you find a winning idea and turn it into a scalable venture? What can you learn from a “squirmy no”? When should you stop listening to your customers? Which fires should you put out right away, and which should you let burn? And can you really make money while making the world a better place? (Answer: Yes. But you have to keep your profits and values aligned.)