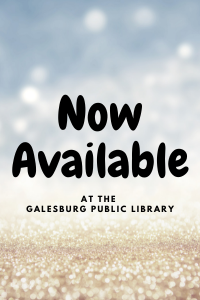 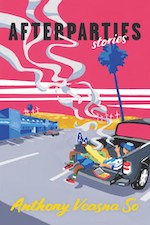 AFTERPARTIES: STORIES by Anthony Veasna So

Seamlessly transitioning between the absurd and the tenderhearted, balancing acerbic humor with sharp emotional depth, Afterparties offers an expansive portrait of the lives of Cambodian-Americans. As the children of refugees carve out radical new paths for themselves in California, they shoulder the inherited weight of the Khmer Rouge genocide and grapple with the complexities of race, sexuality, friendship, and family.

A high school badminton coach and failing grocery store owner tries to relive his glory days by beating a rising star teenage player. Two drunken brothers attend a wedding afterparty and hatch a plan to expose their shady uncle’s snubbing of the bride and groom. A queer love affair sparks between an older tech entrepreneur trying to launch a “safe space” app and a disillusioned young teacher obsessed with Moby-Dick. And in the sweeping final story, a nine-year-old child learns that his mother survived a racist school shooter. 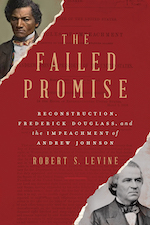 THE FAILED PROMISE: RECONSTRUCTION, FREDERICK DOUGLASS, AND THE IMPEACHMENT OF ANDREW JOHNSON by Robert S. Levine

When Andrew Johnson assumed the presidency after Abraham Lincoln’s assassination, the country was on the precipice of radical change. Johnson, seemingly more progressive than Lincoln, looked like the ideal person to lead the country. He had already cast himself as a “Moses” for the Black community, and African Americans were optimistic that he would pursue aggressive federal policies for Black equality.

Despite this early promise, Frederick Douglass, the country’s most influential Black leader, soon grew disillusioned with Johnson’s policies and increasingly doubted the president was sincere in supporting Black citizenship. In a dramatic and pivotal meeting between Johnson and a Black delegation at the White House, the president and Douglass came to verbal blows over the course of Reconstruction.

As he lectured across the country, Douglass continued to attack Johnson’s policies, while raising questions about the Radical Republicans’ hesitancy to grant African Americans the vote. Johnson meanwhile kept his eye on Douglass, eventually making a surprising effort to appoint him to a key position in his administration. 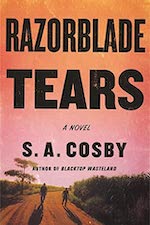 Ike Randolph has been out of jail for fifteen years, with not so much as a speeding ticket in all that time. But a Black man with cops at the door knows to be afraid. The last thing he expects to hear is that his son Isiah has been murdered, along with Isiah’s white husband, Derek. Ike had never fully accepted his son but is devastated by his loss.

Derek’s father Buddy Lee was almost as ashamed of Derek for being gay as Derek was ashamed his father was a criminal. Buddy Lee still has contacts in the underworld, though, and he wants to know who killed his boy. Ike and Buddy Lee, two ex-cons with little else in common other than a criminal past and a love for their dead sons, band together in their desperate desire for revenge. In their quest to do better for their sons in death than they did in life, hardened men Ike and Buddy Lee will confront their own prejudices about their sons and each other, as they rain down vengeance upon those who hurt their boys. 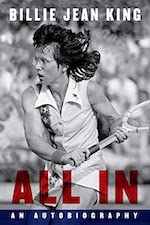 ALL IN: AN AUTOBIOGRAPHY by Billie Jean King

Billie Jean King was only seven years old when she told her mother, I’m going to do something great with my life someday. But the world she wanted did not exist yet, so she set out to create it. In this spirited account, King details her life’s journey to find her true self. She recounts her groundbreaking tennis successes that came at a breathtaking pace–six years as the top-ranked woman in the world, twenty Wimbledon championships, thirty-nine grand-slam titles, and her watershed defeat of Bobby Riggs in the famous Battle of the Sexes. King poignantly recalls the cultural backdrop of her career and the profound impact on her worldview from the women’s movement, the assassinations and anti-war protests of the 1960s, the civil rights movement, and, eventually, the LGBTQ+ rights movement.

King describes the myriad challenges she hurdled, including entrenched sexism, an eating disorder, near financial ruin after being outed, and accepting her sexual identity. It was not until the age of 51 that she began to publicly and unequivocally acknowledge, I am gay. Today, King’s life remains one of indefatigable service. She offers insights and advice on leadership, business, activism, sports, politics, marriage equality, parenting, sexuality and love. She shows how living honestly and openly has had a transformative effect on her relationships and happiness. Hers is the story of a pathbreaking feminist, world-class athlete, and an indomitable spirit whose impact has transcended her achievements in sports. 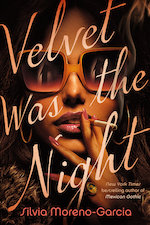 VELVET WAS THE NIGHT by Silvia Moreno-Garcia

1970s, Mexico City. Maite is a secretary who lives for one thing: the latest issue of Secret Romance. While student protests and political unrest consume the city, Maite escapes into stories of passion and danger. Her next-door neighbor, Leonora, a beautiful art student, seems to live a life of intrigue and romance that Maite envies. When Leonora disappears under suspicious circumstances, Maite finds herself searching for the missing woman—and journeying deeper into Leonora’s secret life of student radicals and dissidents.

Meanwhile, someone else is also looking for Leonora at the behest of his boss, a shadowy figure who commands goon squads dedicated to squashing political activists. Elvis is an eccentric criminal who longs to escape his own life: He loathes violence and loves old movies and rock ’n’ roll. But as Elvis searches for the missing woman, he comes to observe Maite from a distance—and grows more and more obsessed with this woman who shares his love of music and the unspoken loneliness of his heart.

Now as Maite and Elvis come closer to discovering the truth behind Leonora’s disappearance, they can no longer escape the danger that threatens to consume their lives, with hitmen, government agents, and Russian spies all aiming to protect Leonora’s secrets—at gunpoint. 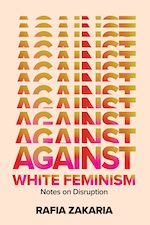 AGAINST WHITE FEMINISM: NOTES ON DISRUPTION by Rafia Zakaria

Upper-middle-class white women have long been heralded as “experts” on feminism. They have presided over multinational feminist organizations and written much of what we consider the feminist canon, espousing sexual liberation and satisfaction, LGBTQ inclusion, and racial solidarity, all while branding the language of the movement itself in whiteness and speaking over Black and Brown women in an effort to uphold privilege and perceived cultural superiority. An American Muslim woman, attorney, and political philosopher, Rafia Zakaria champions a reconstruction of feminism in Against White Feminism, centering women of color in this transformative overview and counter-manifesto to white feminism’s global, long-standing affinity with colonial, patriarchal, and white supremacist ideals.

Covering such ground as the legacy of the British feminist imperialist savior complex and “the colonial thesis that all reform comes from the West” to the condescension of the white feminist–led “aid industrial complex” and the conflation of sexual liberation as the “sum total of empowerment,” Zakaria follows in the tradition of intersectional feminist forebears Kimberlé Crenshaw, Adrienne Rich, and Audre Lorde. Zakaria ultimately refutes and reimagines the apolitical aspirations of white feminist empowerment in this staggering, radical critique, with Black and Brown feminist thought at the forefront. 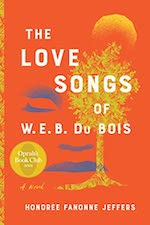 The great scholar, W. E. B. Du Bois, once wrote about the Problem of race in America, and what he called “Double Consciousness,” a sensitivity that every African American possesses in order to survive. Since childhood, Ailey Pearl Garfield has understood Du Bois’s words all too well. Bearing the names of two formidable Black Americans—the revered choreographer Alvin Ailey and her great grandmother Pearl, the descendant of enslaved Georgians and tenant farmers—Ailey carries Du Bois’s Problem on her shoulders.

Ailey is reared in the north in the City but spends summers in the small Georgia town of Chicasetta, where her mother’s family has lived since their ancestors arrived from Africa in bondage. From an early age, Ailey fights a battle for belonging that’s made all the more difficult by a hovering trauma, as well as the whispers of women—her mother, Belle, her sister, Lydia, and a maternal line reaching back two centuries—that urge Ailey to succeed in their stead.

To come to terms with her own identity, Ailey embarks on a journey through her family’s past, uncovering the shocking tales of generations of ancestors—Indigenous, Black, and white—in the deep South. In doing so Ailey must learn to embrace her full heritage, a legacy of oppression and resistance, bondage and independence, cruelty and resilience that is the story—and the song—of America itself. 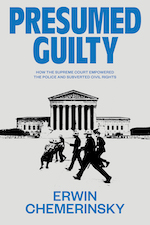 PRESUMED GUILTY: HOW THE SUPREME COURT EMPOWERED THE POLICE AND FOSTERED RACIAL DISCRIMINATION IN THE CRIMINAL JUSTICE SYSTEM by Erwin Chemerinsky

Presumed Guilty, like the best-selling The Color of Law, is a “smoking gun” of civil rights research, a troubling history that reveals how the Supreme Court enabled racist policing and sanctioned law enforcement excesses. The fact that police are nine times more likely to kill Black men than other Americans is no accident; it is the result of an elaborate body of doctrines that allow the police and courts to presume that suspects are guilty before being charged.

Demonstrating how the pro-defendant Warren Court was a brief historical aberration, Erwin Chemerinsky shows how this more liberal era ended with Nixon’s presidency and the ascendance of conservative justices, whose rulings―like Terry v. Ohio and Los Angeles v. Lyons―have permitted stops and frisks, limited suits to reform police departments, and even abetted the use of chokeholds. Presumed Guilty concludes that an approach to policing that continues to exalt “Dirty Harry” can be transformed only by a robust court system committed to civil rights.