Audiobooks are a great way to pass the time! Check out these seven new titles now available as a playaway or CD at GPL. If you see something that interests you, give us a call or visit the catalog to put one on hold! 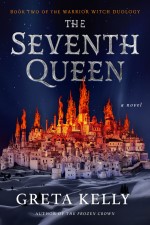 THE SEVENTH QUEEN by Greta Kelly

The Empire of Vishir has lost its ruler, and the fight to save Seravesh from the Roven Empire is looking bleak. Moreover, Askia has been captured by power-hungry Emperor Radovan, who plans on making her his wife simply so he can take her magic as his own, killing her in the process. Aware of his ex-wives’ fates, Askia must find a means of avoiding this doom, not only for the sake of Seravesh, but now for Vishir as well. She must put both nations first and remember Ozura’s advice: you must play the game in order to survive. Askia was born a soldier, but now it’s time to become a spy.

But it’s hard to play a game where the only person who knows the rules wants to kill her.

And time is a factor. The jewel Radovan has put around her neck will pull her power from her in thirty days. Worse, Vishir might not even have that long, as the two heirs to the throne are on the verge of civil war. Without any hope for help from the south, without any access to her magic, alone in a hostile land, Askia is no closer to freeing her people than she was when she fled to Vishir. In the clutches of a madman, the only thing she’s close to is death.

Yet she’d trade her life for a chance to save Seravesh. The problem: she may not have that choice. 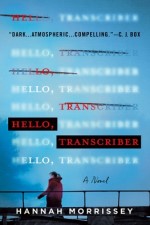 Every night, while the street lamps shed the only light on Wisconsin’s most crime-ridden city, police transcriber Hazel Greenlee listens as detectives divulge Black Harbor’s gruesome secrets. As an aspiring writer, Hazel believes that writing a novel could be her only ticket out of this frozen hellscape. And then her neighbor confesses to hiding the body of an overdose victim in a dumpster.

The suspicious death is linked to Candy Man, a notorious drug dealer. Now Hazel has a first row seat to the investigation and becomes captivated by the lead detective, Nikolai Kole. Intrigued by the prospects of gathering eyewitness intel for her book, Hazel joins Kole in exploring Black Harbor’s darkest side. As the investigation unfolds, Hazel will learn just how far she’ll go for a good story―even if it means destroying her marriage and luring the killer to her as she plunges deeper into the city she’s desperate to claw her way out of. 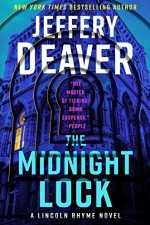 THE MIDNIGHT LOCK by Jeffery Deaver

When a woman arrives home to her Manhattan apartment to find that her personal items have been rearranged while she slept, police initially dismiss her complaint. Nothing was stolen, and there’s no sign of breaking and entering. But when the same woman turns up dead, Lincoln Rhyme and Amelia Sachs are brought in to investigate the murder. The soon learn that the murderer calls himself “the Locksmith.” He is obsessed with locks, slipping into homes in the dead of night and tying his victims up with knots or locks, ultimately strangling them.

Their hunt for the killer is interrupted when an internal investigation in the police force uncovers what seems to be a crucial mistake in one of Rhyme’s previous cases. He is removed from the case, and must investigate the Locksmith in secret to untangle the mysteries behind the psychotic killer before he can set his ultimate trap. 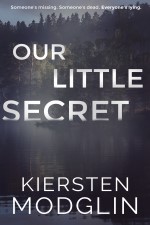 OUR LITTLE SECRET by Kiersten Modglin

Bad things don’t happen in Cason Glen.
The locals make sure of it.

So, when the residents of the town’s most exclusive subdivision discover one of their own is missing, it sends a wave of panic and discord throughout the neighborhood.

They are supposed to be safe.
But they quickly realize not everything is as it once seemed in their idyllic world.
Slowly, the cracks have begun to show, revealing the dark and devious truth behind their home, their neighbors, and the lengths some people will go to protect their secrets.

In a town full of masterfully woven webs, these six friends are about to watch their world unravel. And, if they’re not careful, one of them might be the next to disappear…

When everyone you know is a liar, how do you decide whom to trust? 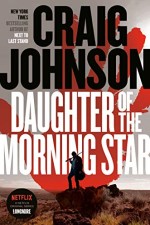 DAUGHTER OF THE MORNING STAR by Craig Johnson

When Lolo Long’s niece Jaya begins receiving death threats, Tribal Police Chief Long calls on Absaroka County Sheriff Walt Longmire along with Henry Standing Bear as lethal backup. Jaya Longshot Long is the phenom of the Lame Deer Lady Stars High School basketball team and is following in the steps of her older sister, who disappeared a year previously, a victim of the scourge of missing Native Woman in Indian Country. Lolo hopes that having Longmire involved might draw some public attention to the girl’s plight, but with this maneuver she also inadvertently places the good sheriff in a one-on-one with the deadliest adversary he has ever faced in both this world and the next. 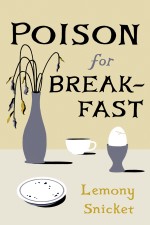 POISON FOR BREAKFAST by Lemony Snicket

For more than twenty years, Lemony Snicket has led millions of young readers through a mysterious world of bewildering questions and unfortunate events. With this latest book—a love letter to readers young and old about the vagaries of real life—longtime fans and new readers alike will experience Snicket’s distinctive voice in a new way.

This true story—as true as Lemony Snicket himself—begins with a puzzling note under his door: You had poison for breakfast. Following a winding trail of clues to solve the mystery of his own demise, Snicket takes us on a thought-provoking tour of his predilections: the proper way to prepare an egg, a perplexing idea called “tzimtzum,” the sublime pleasure of swimming in open water, and much else. 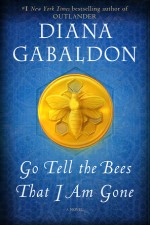 GO TELL THE BEES THAT I AM GONE by Diana Gabaldon

Jamie Fraser and Claire Randall were torn apart by the Jacobite Rising in 1746, and it took them twenty years to find each other again. Now the American Revolution threatens to do the same.

It is 1779 and Claire and Jamie are at last reunited with their daughter, Brianna, her husband, Roger, and their children on Fraser’s Ridge. Having the family together is a dream the Frasers had thought impossible.

Yet even in the North Carolina backcountry, the effects of war are being felt. Tensions in the Colonies are great and local feelings run hot enough to boil Hell’s teakettle. Jamie knows loyalties among his tenants are split and it won’t be long until the war is on his doorstep.

Brianna and Roger have their own worry: that the dangers that provoked their escape from the twentieth century might catch up to them. Sometimes they question whether risking the perils of the 1700s—among them disease, starvation, and an impending war—was indeed the safer choice for their family.

Not so far away, young William Ransom is still coming to terms with the discovery of his true father’s identity—and thus his own—and Lord John Grey has reconciliations to make, and dangers to meet . . . on his son’s behalf, and his own.

Meanwhile, the Revolutionary War creeps ever closer to Fraser’s Ridge. And with the family finally together, Jamie and Claire have more at stake than ever before.