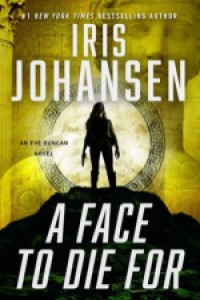 A FACE TO DIE FOR by Iris Johansen

Archaeologist Riley Smith has been obsessed with Helen of Troy since she was a small girl, trailing her professor father all over the world in search of the tomb of the world’s most beautiful woman. Professor Smith put his life on the line to prove that, instead of a myth, Helen had been a living, breathing queen.

Riley seeks the help of forensic sculptor Eve Duncan, who has the unusual skills necessary to recreate the face that launched a thousand ships—revealing Helen’s true appearance for the first time in history. But convincing Eve to take on the challenge will be difficult because her efforts could come at great personal risk to her and her family…

Tomb raiders have murdered Riley’s father, and now she is more determined than ever to reach the burial site first, avenge his death, and enlist Eve’s aid. Also on hand to help is dashing fixer and treasure hunter Michael Cade, but could he have his own secret agenda when it comes to finding Helen?

Now both Riley and Eve are in danger and in a race across one of the most remote parts of the world. All they have is their trust in each other and their belief in a dream as they hunt for Helen. 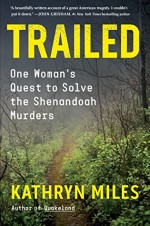 TRAILED: ONE WOMAN’S QUEST TO SOLVE THE SHENANDOAH MURDERS by Kathryn Miles

In May 1996, Julie Williams and Lollie Winans were brutally murdered while backpacking in Virginia’s Shenandoah National Park, adjacent to the world-famous Appalachian Trail. The young women were skilled backcountry leaders who had met—and fallen in love—the previous summer while working at a world-renowned outdoor program for women. But despite an extensive joint investigation by the FBI, the Virginia police, and National Park Service experts, the case remained unsolved for years.

In early 2002, and in response to mounting political pressure, then-Attorney General John Ashcroft announced that he would be seeking the death penalty for Darrell David Rice—already in prison for assaulting another woman—in the first capital case tried under new, post-9/11 federal hate crime legislation. But two years later, the Department of Justice quietly suspended its case against Rice, and the investigation has since grown cold. Did prosecutors have the right person? 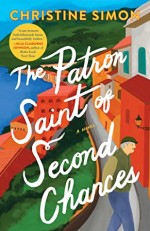 THE PATRON SAINT OF SECOND CHANCES by Christine Simon

Vacuum repairman and self-appointed mayor of Prometto, Italy (population 212) Signor Speranza has a problem: unless he can come up with 70,000 euros to fix the town’s pipes, the water commission will shut off the water to the village and all its residents will be forced to disperse. So in a bid to boost tourism—and revenue—he spreads a harmless rumor that movie star Dante Rinaldi will be filming his next project nearby.

Unfortunately, the plan works a little too well, and soon everyone in town wants to be a part of the fictional film—the village butcher will throw in some money if Speranza can find roles for his fifteen enormous sons, Speranza’s wistfully adrift daughter reveals an unexpected interest in stage makeup, and his hapless assistant Smilzo volunteers a screenplay that’s not so secretly based on his undying love for the film’s leading lady. To his surprise—and considerable consternation, Speranza realizes that the only way to keep up the ruse is to make the movie for real.

As the entire town becomes involved (even the village priest invests!) Signor Speranza starts to think he might be able to pull this off. But what happens when Dante Rinaldi doesn’t show up? Or worse, what if he does? 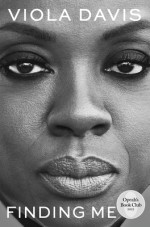 FINDING ME by Viola Davis

In my book, you will meet a little girl named Viola who ran from her past until she made a life-changing decision to stop running forever.

This is my story, from a crumbling apartment in Central Falls, Rhode Island, to the stage in New York City, and beyond. This is the path I took to finding my purpose but also my voice in a world that didn’t always see me.

As I wrote Finding Me, my eyes were open to the truth of how our stories are often not given close examination. We are forced to reinvent them to fit into a crazy, competitive, judgmental world. So I wrote this for anyone running through life untethered, desperate and clawing their way through murky memories, trying to get to some form of self-love. For anyone who needs reminding that a life worth living can only be born from radical honesty and the courage to shed facades and be . . . you.

Finding Me is a deep reflection, a promise, and a love letter of sorts to self. My hope is that my story will inspire you to light up your own life with creative expression and rediscover who you were before the world put a label on you. 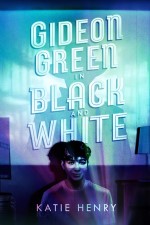 GIDEON GREEN IN BLACK AND WHITE by Katie Henry

Gideon’s short-lived run as a locally-famous boy detective ended when middle school started, and everyone else–including his best friend, Lily–moved on while Gideon kept holding on to his trench coat, fedora, and his treasured film noir collection. Now, he’s sixteen and officially retired. That is, until Lily shows up suddenly at Gideon’s door, needing his help.

He might be mad at her for cutting him off with no explanation, but Gideon can’t turn down a case. As a cover, Gideon joins Lily on the school paper. Surprisingly, he finds himself warming up to the welcoming, close-knit staff . . . especially Tess, the cute, witty editor-in-chief.

But as the case gets bigger than Gideon or Lily could have anticipated, Gideon must balance his black-and-white quest for the truth with the full colours of real-life–or risk a permanent fade to black. 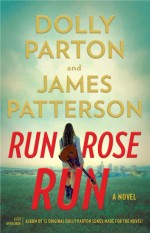 Every song tells a story.
She’s a star on the rise, singing about the hard life behind her.
She’s also on the run. Find a future, lose a past.

Nashville is where she’s come to claim her destiny. It’s also where the darkness she’s fled might find her. And destroy her.