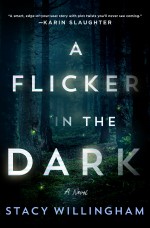 A FLICKER IN THE DARK by Stacy Willingham

When Chloe Davis was twelve, six teenage girls went missing in her small Louisiana town. By the end of the summer, Chloe’s father had been arrested as a serial killer and promptly put in prison. Chloe and the rest of her family were left to grapple with the truth and try to move forward while dealing with the aftermath.

Now 20 years later, Chloe is a psychologist in private practice in Baton Rouge and getting ready for her wedding. She finally has a fragile grasp on the happiness she’s worked so hard to get. Sometimes, though, she feels as out of control of her own life as the troubled teens who are her patients. And then a local teenage girl goes missing, and then another, and that terrifying summer comes crashing back. Is she paranoid, and seeing parallels that aren’t really there, or for the second time in her life, is she about to unmask a killer? 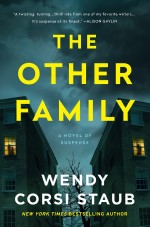 THE OTHER FAMILY by Wendy Corsi Straub

The watcher sees who you are…and knows what you did.

It’s the perfect home for the perfect family: pretty Nora Howell, her handsome husband, their two teenage daughters, and lovable dog. As California transplants making a fresh start in Brooklyn, they expected to live in a shoebox, but the brownstone has a huge kitchen, lots of light, and a backyard. The catch: its previous residents were victims of a grisly triple homicide that remains unsolved.

Soon, peculiar things begin happening. The pug is nosing around like a bloodhound. Nora unearths a long-hidden rusty box in the flowerbed. Oldest daughter Stacey, obsessed with the family murdered in their house, pokes into the bloody past and becomes convinced that a stranger is watching the house. Watching them.

She’s right. But one of the Howells will recognize his face. Because one of them has a secret that will blindside the others with a truth that lies shockingly close to home–and to this one’s terrifying history. 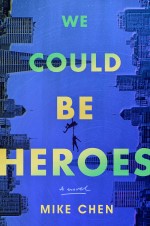 WE COULD BE HEROES by Mike Chen

Jamie woke up in an empty apartment with no memory and only a few clues to his identity, but with the ability to read and erase other people’s memories—a power he uses to hold up banks to buy coffee, cat food and books.

Zoe is also searching for her past, and using her abilities of speed and strength…to deliver fast food. And she’ll occasionally put on a cool suit and beat up bad guys, if she feels like it.

When the archrivals meet in a memory-loss support group, they realize the only way to reveal their hidden pasts might be through each other. As they uncover an ongoing threat, suddenly much more is at stake than their fragile friendship. With countless people at risk, Zoe and Jamie will have to recognize that sometimes being a hero starts with trusting someone else—and yourself. 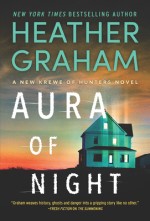 AURA OF NIGHT by Heather Graham

All book editor Megan Law wants is to bury the memory of her brutal kidnapping and move on with her life. So when her publisher asks her to spin her hellish experience into the next bestseller, Megan agrees only because it might help keep other women safe. Then a mysterious, gruesome package arrives in the mail—a reminder that the nightmare isn’t over just yet.

FBI investigator Ragnar Johnson is running out of time. He knows in his gut there’s more to the recent Embracer killings, and he needs Megan’s help. Even with their rocky past behind them, working together now isn’t going to be easy. But when things take a deadly turn, Megan and Ragnar discover a deep connection that they’ll have to use, because something is trying to tear them apart…forever. 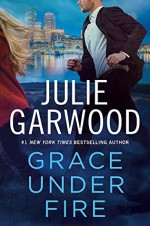 GRACE UNDER FIRE by Julie Garwood

Grace Isabel MacKenna had a hundred things to do today. Killing someone wasn’t one of them. It was supposed to be a quick visit to Boston for the Buchanan anniversary party, then on to Scotland to collect an inheritance. She checks into the hotel and then decides to go for a brisk walk. But after getting lost she ends up with a wounded man stumbling into her arms, and then his shooter coming after them both. When she fires back in self-defense, she doesn’t expect him to drop dead. Thanks to the Buchanans dispatching Navy SEAL and now a lawyer Michael Buchanan to help her deal with the police, Isabel endures hours of interrogation and is finally free to go.

Isabel knows she should be grateful for Michael’s help, but since she’s harbored an extreme dislike for him for years, gratitude is difficult to muster. Michael has appointed himself her de facto guardian, and she’s stuck with him despite their constant bickering and sizzling attraction. Even when Isabel goes to Scotland to claim her inheritance, Michael follows her, but he isn’t the only thing she can’t shake. Mysterious threats against Isabel surface, and before they can deal with their growing feelings for each other, Michael and Isabel must first survive. 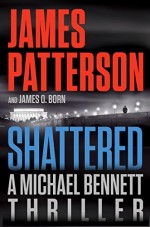 When an FBI agent goes missing, Detective Michael Bennett will stop at nothing to bring her home…

In order to track her down, Michael follows his former partner’s investigation into an anarchist group that led her between Los Angeles, New York and Washington DC.

Lurid rumours begin to surface about Emily’s disappearance and Michael knows that he needs to act quickly to find her.

After everything they’ve been through together, he owes her that much.