Looking for something new to read with your kiddos? Here are six recent children’s titles currently available at the Galesburg Public Library. If you see something that interests you, give us a call or visit the catalog to put one on hold! 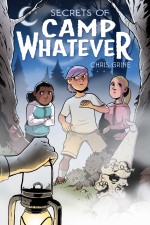 SECRETS OF CAMP WHATEVER by Chris Grine

Eleven-year-old WIllow doesn’t want to go to her dad’s weird old summer camp any more than she wants her fmaily to move to the weird old town where that camp is located. But her family — and fate itself — seems to have plans of their own. Soon Willow finds herself neck-deep in a confounding mystery involving stolen snacks, suspected vampires, and missing campers, all shrouded in the sinister fog that hides a generation of secrets at Camp … Whatever it’s called. 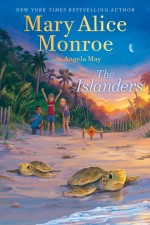 THE ISLANDERS by Mary Alice Monroe

Eleven-year-old Jake’s life has just turned upside down. his father was wounded in Afghanistan, and his mother is going to leave to care for him. That means Jake’s spending the summer on tiny Dewees Island with his grandmother. The island is a nature sanctuary — no cars or paved roads, no cell phone, no video games…and no friends. This is going to be the worst summer ever! 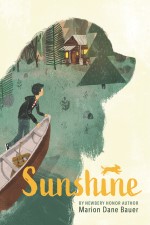 Since as far back as Ben can remember, it’s been him, his devoted dad, and Sunshine — Ben’s little dog, who rarely leaves Ben’s side. It was Mom who did the leaving, and Ben’s about to spend a whole week with his suddenly present mothe rin the wilds of northern Minnesota. On the remote island she calls home, Ben will learn to camp, canoe, weather the elements, and weigh a burning question: when will she come back to where she belongs? A must-read for dog loves, children of divorce, and the imaginative and outdoorsy, Sunshine is a poignant, ultimately hopeful story about self-discovery, facing big realities, and finally, forgiving the things — and people — you can’t forget. 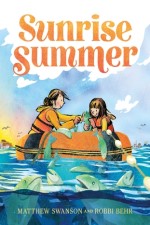 When a girl and her family travel four thousand miles from home, it’s not your typical summer vacation. Everything is different on the Alaskan tundra — where the grizzly bears roam and the sockeye salmon swim — including the rules. A girl can do things she wouldn’t, and couldn’t do at home.

She can wake up at midnight to work with her mom on a fishing crea. She can learn what it means to be an essential part of a team. She can become a braver, stronger, and ever-more capable version of herself. She can take her next big step. She’s ready for her first real sunrise. 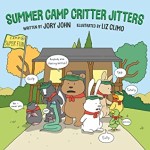 Some familiar faces and some new ones meet up at a summer camp… and they all feel nervous! There’s a duck afriad everyone will find out he can’t swim, a bear afraid of noises in the woods, and a sloth who worries he’ll have to catch his own lunch. But can they get over their nerves to have some fun and make new friends? 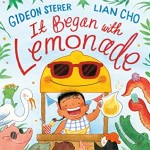 IT BEGAN WITH LEMONADE by Gideon Sterer and Lian Cho

One scorching hot summer day, a spunky young girl decides to sell lemonade… only to find there are too many other young entrepreneurs on her street with the same idea. So she sets off with her lemonade stand and ends up at the river’s edge, where she discovers a most unexpected, quirky, and very thirsty clientele.