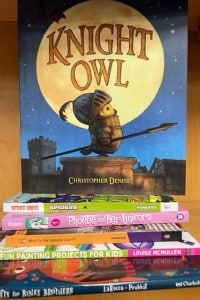 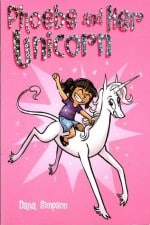 PHOEBE AND HER UNICORN by Dana Simpson

Do you believe in unicorns? Phoebe does. She has no choice … one day she skipped a rock across a pond, and hit a unicorn in the face. Improbably, this resulted in a lasting friendship between Phoebe and the unicorn, one Marigold Heavenly Nostrils.

Come along for the unicorn ride with Phoebe, as she deals with the usual burdens of childhood (cruel classmates, gym class, piano lessons) and also some unusual ones (magic hair, candy-breathing dragons, and the legendary Shield of Boringness). 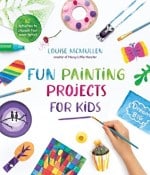 Learn important skills to help you become a better artist with this super-fun collection of art projects. Louise McMullen, founder of the children’s craft blog, Messy Little Monster, brings her experience as both a teacher and a mother to ensure there’s a project for every artist, whatever your interest, ability or age.

Learn different techniques such as how to create new colors, how to use different types of paints and even how to paint like famous artists. There are small, detailed projects for indoors and large interactive projects where you can get messy outdoors. And you’ll be inspired to think outside the box, like using shaving cream and paint to make a marbling effect, or dish soap and toothpicks to make scratch art.

With 60 unique and totally fun projects, plus plenty of ideas to change things up, you’ll be inspired to paint all day every day! 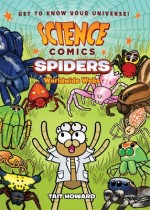 When a sister and brother agree to help a talking spider find her missing child, they don’t realize that it will take them on a journey across the globe! Along the way they’ll meet spiders who live in every environment imaginable, from their own backyard to the Australian Outback. Although they seem scary at first, once you learn why spiders have gotten such a bad reputation you’ll see that they are actually here to help! 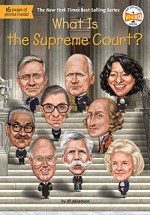 WHAT IS THE SUPREME COURT? by Jill Abramson

Ever since it was established in 1789, the United States Supreme Court has had a major impact on the lives of all Americans. Some of its landmark decisions have helped end segregation, protected a person’s privacy, and allowed people to marry whomever they love. 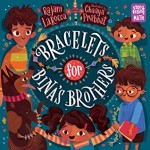 Bina wants to make bracelets with special patterns for her brothers for the Raksha Bandhan holiday. She wants to do it all by herself, but it’s harder than she thought. Will she have to ask Mom for help after all?

A part of the Storytelling Math series, this story involves simple patterns, family gifts, and the love between sisters and brothers. 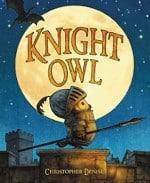 A determined Owl builds strength and confidence in this medieval picture book about the real mettle of a hero: wits, humor, and heart.

Since the day he hatched, Owl dreamed of becoming a real knight. He may not be the biggest or the strongest, but his sharp nocturnal instincts can help protect the castle, especially since many knights have recently gone missing. While holding guard during Knight Night Watch, Owl is faced with the ultimate trial—a frightening intruder. It’s a daunting duel by any measure. But what Owl lacks in size, he makes up for in good ideas.