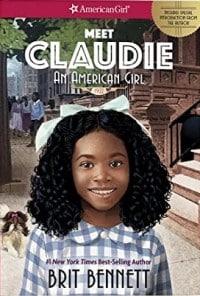 Claudie Wells wants more than anything to be a person whose imagination can fly, instead of a person whose feet are stuck on the ground. She believes everyone has a talent except for her. She’s growing up in the neighborhood of Harlem in New York City during the 1920s, surrounded by writers and poets, painters and sculptors, actors and dancers, singers and musicians. When an eviction notice threatens her family, friends, and the beloved boardinghouse they share, Claudie has an idea that just might save the day. But first she’ll have to find the confidence to let her imagination soar. 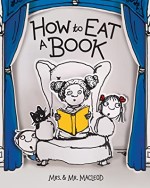 HOW TO EAT A BOOK by Mr. and Mrs. MacLeod

One by one, Sheila, Gerald, and Geraldine are eaten . . . by their books. This peculiar turn of events flings them far and wide. Sheila escapes the weight of the world entirely, while Gerald braves the wonder of seeing it up close. And Geraldine, well, Geraldine turns as terrifically terrible as she possibly can.

Mrs. & Mr. MacLeod craft a whimsical, modern celebration of books—with hints of Shel Silverstein and a splattering of Edward Gorey. Each page is fantastically illustrated with dipped pen-and-ink cutout art, photographed in a three-dimensional stage diorama, and digitally colored. The result is an irresistible world bursting with charm and character. 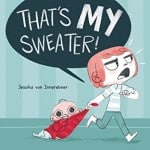 Olivia loves her favorite sweater. I mean, she really really loves it. So when her mom decides it’s time to hand it down to Olivia’s baby brother, Olivia vows that she will not rest until she and her beloved sweater are reunited.

In her riotously funny new picture book, Kevin the Unicorn creator Jessika von Innerebner puts an oh-so-satisfying spin on an age-old conflict that is bound to delight siblings of all stripes. 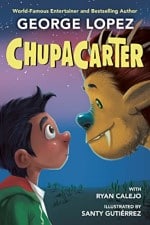 In this illustrated contemporary fantasy, twelve-year-old Jorge is lonely and resentful after being sent to live with his grandparents. His first day at his new school doesn’t go well after catching the attention of his belligerent principal and the school bullies, so Jorge might be a little desperate for a friend.

But the only kid who shares his interest in junk food and games turns out to be a young chupacabra–a legendary monster whose kind is known for being bloodthirsty livestock killers. The truth is, Carter is anything but savage–he’s kind, a good listener, and has great taste in sneakers. Being friends with a mythical creature should be amazing, but when local cattle turn up dead and his principal suspects the truth, Jorge is torn. Should he trust that his friend is innocent and protect him from exposure, or reveal his dangerous existence and change the world forever? 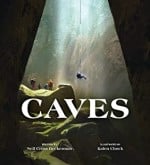 In the shade of the woods is a hill with a hole. Beaconing black. Goosebump chills. Excitement and fear battle. What will win? You want to go in… do you dare?

Nell Cross Beckerman urges children to explore one of nature’s most curious ecosystems. 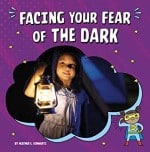 FACING YOUR FEAR OF THE DARK by Heather E. Schwartz

Does nighttime give you the creeps? Do shadows make you jump with fright? You’re not alone. In this Pebble Emerge book, explore the reasons many people are afraid of the dark and discover simple tips for facing this fear safely. Reassuring facts and helpful photos provide the knowledge young readers need to face their fear of the dark.