Looking for a new graphic novel for your list? Here are eight recent additions to our collection, now available at the Galesburg Public Library. If you see something that interests you, give us a call or visit the catalog to put one on hold! 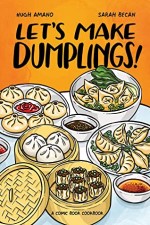 Chef Hugh Amano and comics artist Sarah Becan invite you to explore the big little world of Asian dumplings! Ideal for both newbies and seasoned cooks, this comic book cookbook takes a fun approach to a classic treat that is imbued with history across countless regions. From wontons to potstickers, buuz to momos, Amano’s expert guidance paired with Becan’s colorful and detailed artwork prove that intricate folding styles and flavorful fillings are achievable in the home kitchen.

Whether it is the family-style eating experience of stacked steamer baskets filled with succulent shumai and plump xiaolongbao or the interactive process of working together to fold hundreds of jiaozi for a celebration, Let’s Make Dumblings! captures the deep level of connection that dumblings bring to any gathering and shows you how to re-create it in your own home. 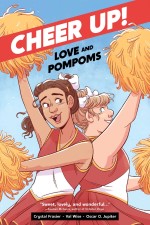 Annie is a smart, antisocial lesbian starting her senior year of high school who’s under pressure to join the cheerleader squad to make friends and round out her college applications. Her former friend BeeBee is a people-pleaser — a trans girl who must keep her parents happy with her grades and social life to keep their support of her transition. Through the rigors of squad training and amped up social pressures (not to mention micro aggressions and other queer youth problems), the two girls rekindle a friendship they thought they’d lost and discover there may be other, sweeter feelings springing up between them. 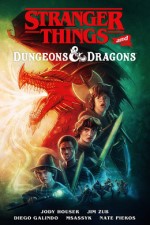 Long before the dreaded Demogorgon took one of them to the Upside Down, watch Mike, Lucas, and Will bond with Dustin for the first time over the game that would define their childhood. See the party come together as a team through ommuncal stories and perilous quests to learn important lessons about friendship and find the courage to stand up to the bullies that challenge their everyday. 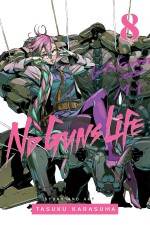 After the war, cyborg soldiers known as the Extended were discharged. Juzo Inui is one of them, a man whose body was transformed, his head replaced with a giant gun. With no memory of his previous life — or who repleaced his head and why — Inui scratches out a living in the dark streets of the city as a Resolver, taking on cases involving the Extended.

Juzo was badly damaged in the fight with Io, the mysterious figure believed to be Tetsuro’s brother. To get Juzo back in fighting form, he will need access to military secrets contained inside Wunder Bender, a maximum security prison built to house the Overextended. To add to the challenge, the only person who knows how to use those secrets to repair Juzo is Victor, who is currently being held in the prison. Olivia can use her connections to get Juzo and Mary into the facility, but once inside, they are on their own… 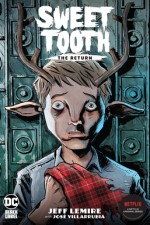 SWEET TOOTH: THE RETURN by Jeff Lemire and José Villarrubia

Acclaimed author Jeff Lemire and colorist José Villarrubia, who first brought you the strange adventures of Gus, the human-deer hybrid boy, dive back into the strange, dark world of their creation. This haunting tale is both new and familiar, as we return to a planet long past the point of devastation. Are Gus’s dreams leading him to forge a better future for himself and the other hybrid children? Or are they the dreams of a mind as lost and wandering as its dreamer? 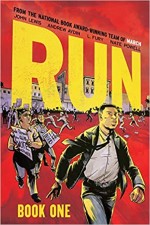 RUN: BOOK ONE by John Lewis and Andrew Aydin

To John Lewis, the civil rights movement came to an end with the signing of the Voting Rights Act in 1965. But that was after more than five years as one of the preeminent figures of the movement, leading sit-in protests and fighting segregation on interstate busways as an original Freedom Rider. It was after becoming chairman of SNCC (the Student Nonviolent Coordinating Committee) and being the youngest speaker at the March on Washington. It was after helping organize the Mississippi Freedom Summer and ensuing delegate challenge at the 2964 Democratic Convention. And after coleading the march from Selma to Montgomery on what became known as “Bloody Sunday.”

All too often, the depiction of history ends with a great victory. But John Lewis knew that victories are just the beginning. In Run: Book One, John Lewis and longtime collaborator Andrew Aydin reteam with Nate Powell, — the award-winning illustrator of the March trilogy — and are joined by L. Fury — making an astonishing graphic novel debut — to tell this often overlooked chapter of civil rights history. 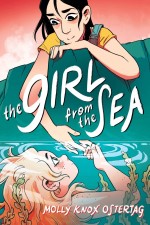 THE GIRL FROM THE SEA by Molly Knox Ostertag

Fifteen-year-old Morgan has a secret: She can’t wait to escape the perfect little island where she lives. She’s desperate to finish high school and escape her sad divorced mom, her volatile little brother, and worst of all, her great group of friends…who don’t understand Morgan at all. Because really, Morgan’s biggest secret is that she has a lot of secrets, including the one about wanting to kiss another girl.

Then one night, Morgan is saved from drowning by a mysterious girl named Keltie. The two become friends and suddenly life on the island doesn’t seem so stifling anymore.

But Keltie has some secrets of her own. And as the girls start to fall in love, everything they’re each trying to hide will find its way to the surface…whether Morgan is ready or not. 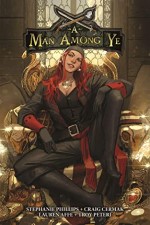 A MAN AMONG YE by Stephanie Phillips and Craig Cermak

High adventure on the high seas in the waning days of piracy, when men were men, and the best pirates were … women? Writer Stephanie Phillips (Butcher of Paris, Descendent) and artist Craig Cermak (Red Team, Voltron) bring to life the tale of Anne Bonny and Mary Read as they hoist the skull and crossbones, draw cutlasses, and seek a treasure that will make them legends. In an era where sailing with women was thought to be bad luck, Anne and Mary might just be the only women capable of saving the pirates’ way of life.