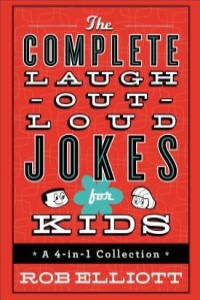 THE COMPLETE LAUGH-OUT-LOUD JOKES FOR KIDS by Rob Elliott

Great on car rides, at the dinner table, on the playground, and anywhere in between, this collection of hilarity will make you and those around you smile every day. 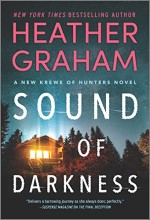 SOUND OF DARKNESS by Heather Graham

The cries of the dead are deafening

Women are being taken in Virginia, and FBI agent Mark Frampton is determined to put a stop to it. Certain he’s closing in on the killer known as The Embracer, Mark is less than thrilled when he’s partnered with rookie agent Colleen Law, worried she’s a liability when there’s so much at stake.

But like everyone in the Krewe of Hunters, Colleen has talents that extend beyond the usual investigative toolbox. She can hear the voices of the victims in her head, and they’re telling her she and Mark are near to uncovering the truth.

When Mark’s prime suspect takes a liking to Colleen, he’s surprisingly protective of his new partner, even as he admits her connection to the victims is key. But tense interrogations turn dangerously personal when someone close to Colleen goes missing, luring the agents deep into the shadows of wooded rural Virginia, where nobody can hear them scream. 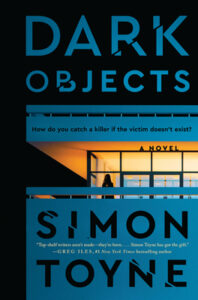 How do you catch a killer if the victim doesn’t exist?

A glamorous woman is murdered in her ultra-luxurious London mansion and her husband goes missing. But according to public records, neither of them exists.

The only leads police have are several objects arranged around the woman’s body, including a set of keys and a book called How to Process a Murder by Laughton Rees–a book that appears to have helped the killer forensically cleanse the crime scene.

Laughton Rees is an academic who doesn’t usually work live cases after the brutal murder of her mother as a teen left her traumatized and emotionally scarred. But the presence of her book at this scene draws her unwillingly into the high-profile investigation and media circus that springs up around it. As the dark objects found beside the body lead her closer to the victim’s identity, a dangerous threat to Laughton and her daughter emerges, as well as painful memories of her past related to the man she has always blamed for her mother’s death: John Rees, Laughton’s father, the current Metropolitan Chief Commissioner and a man she has not spoken to in twenty years.

Laughton’s family was destroyed once and she built herself a new one. Now, she has to face her darkest fears and help catch a killer before this one is destroyed too. 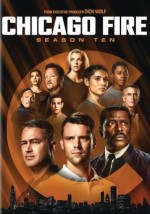 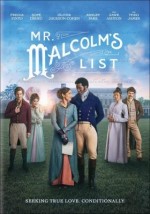 In nineteenth-century England, jilted by London’s most eligible bachelor, Julia convinces her friend to play the role of his ideal match. Soon, Mr. Malcolm wonders whether he’s found the perfect woman or the perfect hoax.
DVD 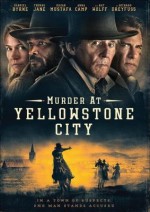 In a gold-rush boomtown that has gone bust, a prospector strikes gold – and is murdered. Sheriff James Ambrose assumes the killer to be a newcomer, a former slave who calls himself Cicero. But as it becomes clear that Cicero is innocent, and as the mystery of the prospector’s death deepens and puts the whole town in jeopardy, the town’s new minister, Thaddeus Murphy must stand up to Sheriff Ambrose and bring the true culprit to justice.