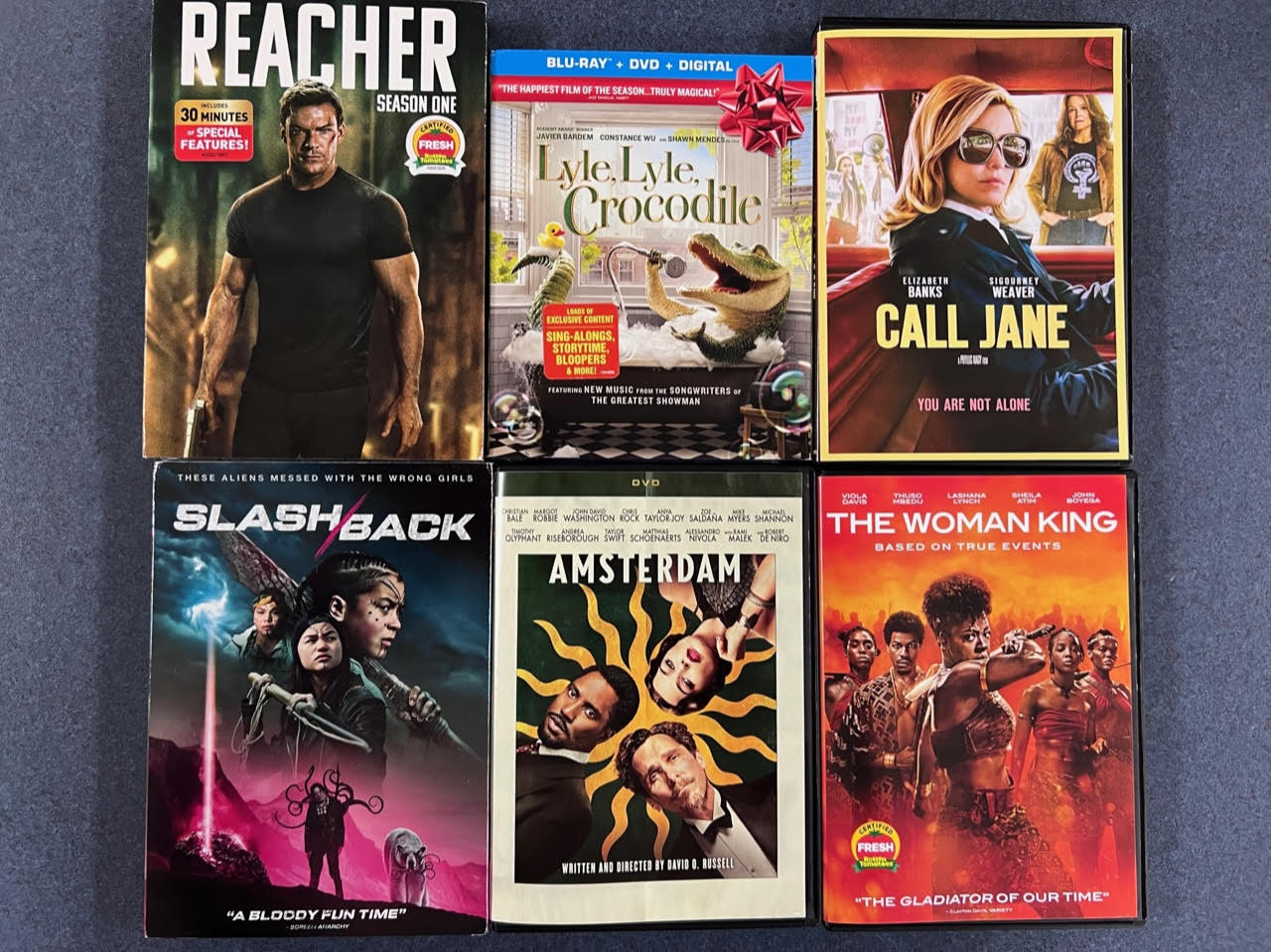 Need something to watch? We’ve got you covered! If you see something that interests you, give us a call or visit the catalog to put one on hold.

When retired Military Police Officer Jack Reacher is arrested for a murder he did not commit, he finds himself in the middle of a deadly conspiracy full of dirty cops, shady businessmen and scheming politicians. With nothing but his wits, he must figure out what is happening in Margrave, Georgia. The first season of Reacher is based on the international bestseller, Killing Floor by Lee Child.

After moving to NYC, the Primm family’s life changes when they discover, Lyle, a singing crocodile.

Elizabeth Banks, Sigourney Weaver, and Wunmi Mosaku lead this poignant film about a 1968 Chicago woman whose illegal abortion compels her to join an underground women’s collective.

In a small village just 31 miles south of the Arctic Circle, a group of teenage girls must fight off an alien invasion using only makeshift weapons and their horror movie knowledge.

Written and directed by acclaimed filmmaker David O. Russell comes an original crime epic about three close friends who find themselves at the center of one of the most shocking secret plots in American history. Based on facts that meet fiction, the film stars Christian Bale, Margot Robbie, John David Washington, with Rami Malek and Robert De Niro.
DVD

Inspired by true events, Viola Davis stars in an action-packed story of an elite all-female unit of warriors determined to defend their nation.