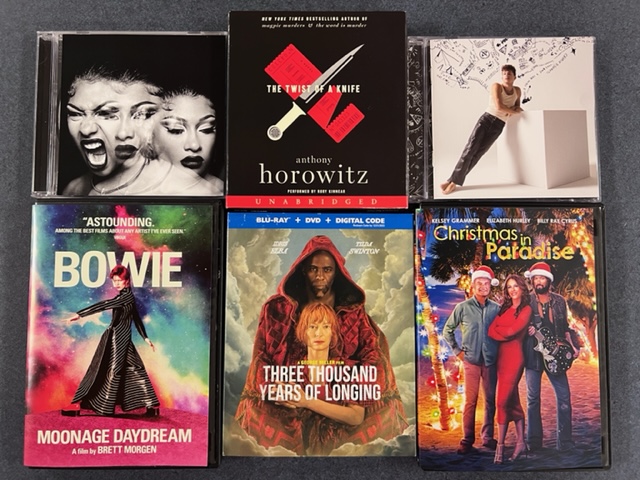 THE TWIST OF A KNIFE

That’s what reluctant author Anthony Horowitz tells ex-detective Daniel Hawthorne in an awkward meeting. The truth is that Anthony has other things on his mind.

His new play, Mindgame, is about to open in London’s Vaudeville theatre. Not surprisingly Hawthorne declines a ticket.

On opening night, Sunday Times critic Harriet Throsby gives the play a savage review, focusing particularly on the writing. The next morning she is found dead, stabbed in the heart with an ornamental dagger which, it turns out, belongs to Anthony and which has his finger prints all over it.

Anthony is arrested, charged with Throsby’s murder, thrown into prison and interrogated.

Alone and increasingly desperate, he realises only one man can help him.

But will Hawthorne take his call?

Moonage Daydream illuminates the life and genius of David Bowie, one of the most influential artists of our time. Told through sublime, kaleidoscopic, never-before-seen footage and performances, this experiential cinematic odyssey explores Bowie’s creative, musical and spiritual journey. The film is guided by the icon’s own narration and is the first officially sanctioned film on the artist.

Dr Alithea Binnie is an academic, a creature of reason. But while in Istanbul, she encounters a Djinn who offers her three wishes in exchange for his freedom. At first, she doubts him, but eventually she makes a wish…one that surprises them both!
DVD

Kelsey Grammer, Elizabeth Hurley, and Billy Ray Cyrus star in this tale of three quirky sisters who chase their missing dad to the Caribbean and find life, love, and laughter.