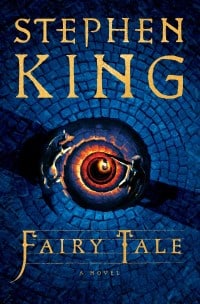 Charlie Reade looks like a regular high school kid, great at baseball and football, a decent student. But he carries a heavy load. His mom was killed in a hit-and-run accident when he was ten, and grief drove his dad to drink. Charlie learned how to take care of himself—and his dad. Then, when Charlie is seventeen, he meets Howard Bowditch, a recluse with a big dog in a big house at the top of a big hill. In the backyard is a locked shed from which strange sounds emerge, as if some creature is trying to escape. When Mr. Bowditch dies, he leaves Charlie the house, a massive amount of gold, a cassette tape telling a story that is impossible to believe, and a responsibility far too massive for a boy to shoulder.

Because within the shed is a portal to another world—one whose denizens are in peril and whose monstrous leaders may destroy their own world, and ours. In this parallel universe, where two moons race across the sky, and the grand towers of a sprawling palace pierce the clouds, there are exiled princesses and princes who suffer horrific punishments; there are dungeons; there are games in which men and women must fight each other to the death for the amusement of the “Fair One.” And there is a magic sundial that can turn back time. 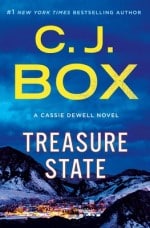 Private Investigator Cassie Dewell’s business is thriving, and her latest case puts her on the hunt for a slippery con man who’s disappeared somewhere in the “treasure state”. A wealthy Florida widow has accused him of absconding with her fortune, and wants Cassie to find him and get it back. The trail takes Cassie to Anaconda, Montana, a quirky former copper mining town that’s the perfect place to reinvent yourself. As the case develops, Cassie begins to wonder if her client is telling her everything.

On top of that, Cassie is also working what’s easily one of her strangest assignments ever. A poem that promises buried treasure to one lucky adventurer has led to a cutthroat competition and five deaths among treasure-hunters. But Cassie’s client doesn’t want the treasure. Instead, he claims to be the one who hid the gold and wrote the poem. And he’s hired Cassie to try to find him. Between the two cases, Cassie has her hands full. 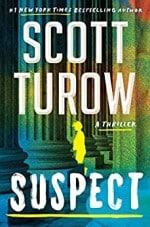 For as long as Lucia Gomez has been the police chief in the city of Highland Isle, near Kindle County, she has known that any woman in law enforcement must walk a precarious line between authority and camaraderie to gain respect.  She has maintained a spotless reputation—until now. Three male police officers have accused her of soliciting sex in exchange for promotions to higher ranks. With few people left who she can trust, Chief Gomez turns to an old friend, Rik Dudek, to act as her attorney in the federal grand jury investigation, insisting to Rik that the accusations against her are part of an ugly smear campaign designed to destroy her career and empower her enemies—both outside the police force and within..

Clarice “Pinky” Granum spent most of her youth experimenting with an impressive array of drugs and failing out of various professions, including the police academy. Pinky knows that in the eyes of most people, she’s nothing but a screwup—but she doesn’t trust most people’s opinions anyway. Moreover, she finally has a respectable-enough job as a licensed P.I. working for Rik on his roster of mostly minor cases, like workman’s comp, DUIs and bar fights. Rik’s shabby office and even shabbier cases are a far cry from the kinds of high-profile criminal matters Pinky became familiar with in the law office of her grandfather, Sandy Stern. But Rik and Pinky feel that Chief Gomez’s case, which has attracted national attention, is their chance to break into the legal big leagues.

Guided by her gut instinct and razor-sharp investigative skills, Pinky dives headfirst into a twisted scandal that will draw her into the deepest recesses of the city’s criminal networks, as well as the human mind. But she will need every scrap of tenacity and courage to unravel the dark secrets those closest to her are determined to keep hidden. 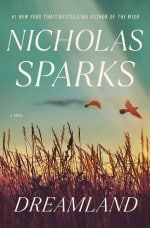 Colby Mills once felt destined for a musical career, until tragedy grounded his aspirations. Now the head of a small family farm in North Carolina, he spontaneously takes a gig playing at a bar in St. Pete’s Beach, Florida, seeking a rare break from his duties at home.

But when he meets Morgan Lee, his world is turned upside-down, making him wonder if the responsibilities he has shouldered need dictate his life forever. The daughter of affluent Chicago doctors, Morgan has graduated from a prestigious college music program with the ambition to move to Nashville and become a star. Romantically and musically, she and Colby complete each other in a way that neither has ever known.

While they are falling headlong in love, Beverly is on a heart-pounding journey of another kind. Fleeing an abusive husband with her six-year-old son, she is trying to piece together a life for them in a small town far off the beaten track. With money running out and danger seemingly around every corner, she makes a desperate decision that will rewrite everything she knows to be true.

In the course of a single unforgettable week, two young people will navigate the exhilarating heights and heartbreak of first love. Hundreds of miles away, Beverly will put her love for her young son to the test. And fate will draw all three people together in a web of life-altering connections . . . forcing each to wonder whether the dream of a better life can ever survive the weight of the past. 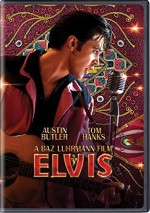 A thoroughly cinematic drama, Elvis’s story is seen through the prism of his complicated relationship with his enigmatic manager, Colonel Tom Parker. As told by Parker, the film delves into the complex dynamic between the two spanning over 20 years, from Presley’s rise to fame to his unprecedented stardom, against the backdrop of the evolving cultural landscape and loss of innocence in America. Central to that journey is one of the significant and influential people in Elvis’s life, Priscilla Presley.
DVD 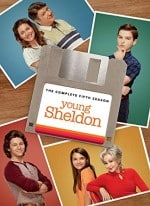 For young Sheldon Cooper, being a once-in-a-generation mind capable of advanced mathematics and science isn’t always helpful in East Texas. And while the vulnerable, gifted and somewhat naïve Sheldon deals with the world, his very normal family must find a way to deal with him. His father struggles as a high school football coach and father to a boy he doesn’t understand. Sheldon’s mother fiercely protects her son who just doesn’t fit in. Sheldon’s older brother does the best he can in high school, but he’s also in the same classes with Sheldon. Sheldon’s twin sister remains the one person who can reliably tell Sheldon the truth. And his beloved Meemaw, his Texas grandmother who supports him and his gifts. For over a decade, Big Bang Theory audiences have come to know the iconic, eccentric and extraordinary Sheldon Cooper. Now meet him as he embarks on his innocent, awkward journey toward the man he will become.