Spring Break might be over, but there is still time to get these new reads in! These recent YA books have hit the shelves and are ready for your reading pleasure. If you see something that interests you, give us a call or visit the catalog to put one on hold! 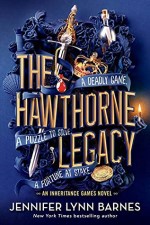 The Inheritance Games ended with a bombshell, and now heiress Avery Grambs has to pick up the pieces and find the man who might hold the answers to all of her questions – including why Tobias Hawthorne left his entire fortune to Avery, a virtual stranger, rather than to his own daughters or grandsons.

Thanks to a DNA test, Avery knows that she’s not a Hawthorne by blood, but clues pile up hinting at a deeper connection to the family than she had ever imagined. As the mystery grows and the plot thickens, Grayson and Jameson, the enigmatic and magnetic Hawthorne grandsons, continue to pull Avery in different directions. And there are threats lurking around every corner, as adversaries emerge who will stop at nothing to see Avery out of the picture – by any means necessary. 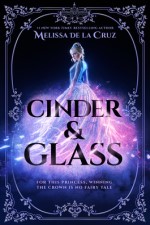 For this princess, winning the crown is no fairytale.

1682. The king sends out an invitation to all the maidens in France: their presence is requested at a number of balls and events that will be held in honor of the dashing Prince Louis, who must choose a bride.

Cendrillon de Louvois has more grace, beauty, and charm than anyone else in France. While she was once the darling child of the king’s favorite adviser, her father’s death has turned her into the servant of her stepmother and cruel stepsisters–and at her own chateau, too!

Cendrillon–now called Cinder–manages to evade her stepmother and attend the ball, where she catches the eye of the handsome Prince Louis and his younger brother Auguste.

Even though Cendrillon has an immediate aversion to Louis, and a connection with Auguste, the only way to escape her stepmother is to compete with the other women at court for the Prince’s hand.

Soon, as Cendrillon glows closer to Auguste and dislikes the prince more and more, she will have to decide if she can bear losing the boy she loves in order to leave a life she hates. 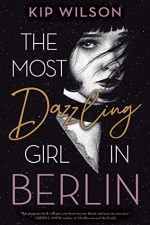 THE MOST DAZZLING GIRL IN BERLIN by Kip Wilson

After her eighteenth birthday, Hilde, a former orphan in 1930s Berlin, goes out into the world to discover her place in it. But finding a job is hard, at least until she stumbles into Café Lila, a vibrant cabaret full of expressive customers—and Rosa, the club’s waitress and performer. As the café and all who work there embrace Hilde, and she embraces them in turn, she discovers her voice and her own blossoming feelings for Rosa.

But Berlin is in turmoil. Between the elections, protests in the streets, and the beginning seeds of unrest in Café Lila itself, Hilde will have to decide what’s best for her future … and what it means to love a place on the cusp of war. 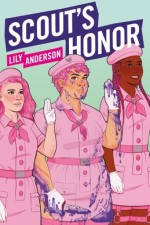 Sixteen-year-old Prudence Perry is a legacy Ladybird Scout, born to a family of hunters sworn to protect humans from mulligrubs―interdimensional parasites who feast on human emotions like sadness and anger. Masquerading as a prim and proper ladies’ social organization, the Ladybirds brew poisons masked as teas and use knitting needles as daggers, at least until they graduate to axes and swords.

Three years ago, Prue’s best friend was killed during a hunt, so she kissed the Scouts goodbye, preferring the company of her punkish friends lovingly dubbed the Criminal Element much to her mother and Tía Lo’s disappointment. However, unable to move on from her guilt and trauma, Prue devises a risky plan to infiltrate the Ladybirds in order to swipe the Tea of Forgetting, a restricted tincture laced with a powerful amnesia spell.

But old monster-slaying habits die hard and Prue finds herself falling back into the fold, growing close with the junior scouts that she trains to fight the creatures she can’t face. When her town is hit with a mysterious wave of demons, Prue knows it’s time to confront the most powerful monster of all: her past. 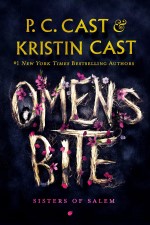 Twin sisters, Mercy and Hunter are witches, descendants of the Goode family of witches. After the murder of their mother at the hands of a foul demon, they have become the protectors of the Gates to different underworlds–ancient portals between their world and realms where mythology rules and the darkest of creatures exist.

The problem is that the Goode sisters have split from each other. Grief and anger have torn them apart, driving Mercy to save the cursed Gates on her own and Hunter into the arms of a dangerous goddess. And when Mercy shifts her focus to the Egyptian Gate and Khenti, the guardian of its Underworld, little does she know that her connection to him will land her in the kind of trouble that only Hunter can save her from.

When it comes to breaking the curse, Mercy and Hunter’s bonds are put to the ultimate test.