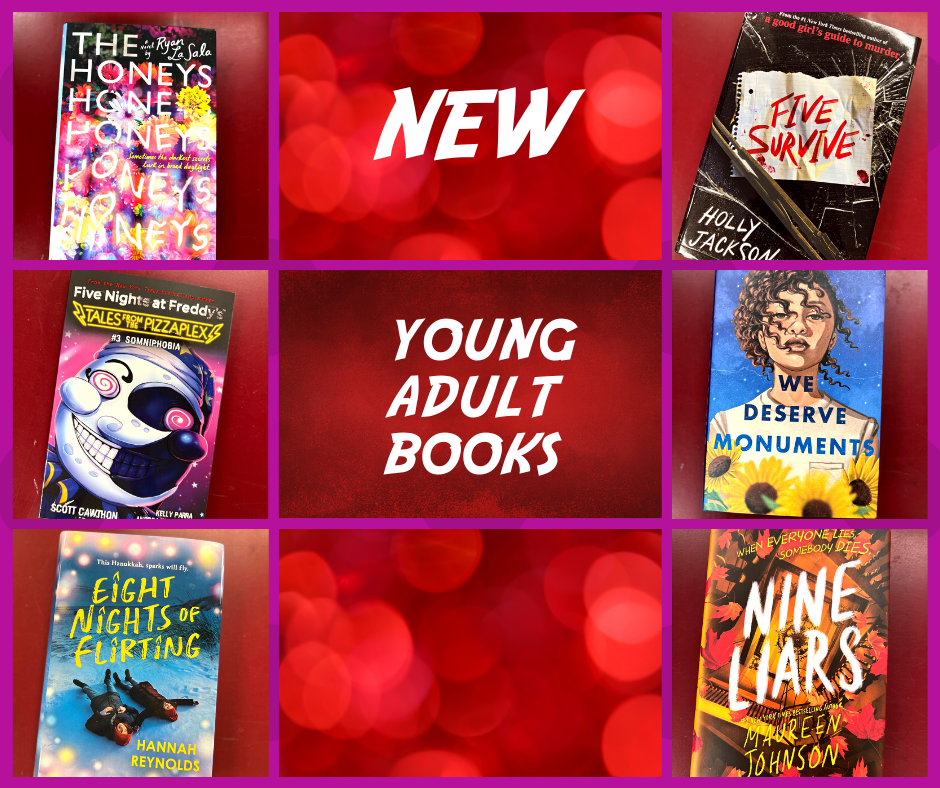 THE HONEYS by Ryan La Sala

Mars has always been the lesser twin, the shadow to his sister Caroline’s radiance. But when Caroline dies under horrific circumstances, Mars is propelled to learn all he can about his once-inseparable sister who’d grown tragically distant.

Mars’s genderfluidity means he’s often excluded from the traditions — and expectations — of his politically-connected family. This includes attendance at the prestigious Aspen Conservancy Summer Academy where his sister poured so much of her time. But with his grief still fresh, he insists on attending in her place.

What Mars finds is a bucolic fairytale not meant for him. Folksy charm and sun-drenched festivities camouflage old-fashioned gender roles and a toxic preparatory rigor. Mars seeks out his sister’s old friends: a group of girls dubbed the Honeys, named for the beehives they maintain behind their cabin. They are beautiful and terrifying — and Mars is certain they’re connected to Caroline’s death.

But the longer he stays at Aspen, the more the sweet mountain breezes give way to hints of decay. Mars’s memories begin to falter, bleached beneath the relentless summer sun. Something is hunting him in broad daylight, toying with his mind. If Mars can’t find it soon, it will eat him alive.

WE DESERVE MONUMENTS by Jas Hammonds

What’s more important: Knowing the truth or keeping the peace?

Seventeen-year-old Avery Anderson is convinced her senior year is ruined when she’s uprooted from her life in DC and forced into the hostile home of her terminally ill grandmother, Mama Letty. The tension between Avery’s mom and Mama Letty makes for a frosty arrival and unearths past drama they refuse to talk about. Every time Avery tries to look deeper, she’s turned away, leaving her desperate to learn the secrets that split her family in two.

As the three girls grow closer—Avery and Simone’s friendship blossoming into romance—the sharp-edged opinions of their small southern town begin to hint at something insidious underneath. The racist history of Bardell, Georgia is rooted in Avery’s family in ways she can’t even imagine. With Mama Letty’s health dwindling every day, Avery must decide if digging for the truth is worth toppling the delicate relationships she’s built in Bardell—or if some things are better left buried.

Senior year at Ellingham Academy for Stevie Bell isn’t going well. Her boyfriend, David, is studying in London. Her friends are obsessed with college applications. With the cold case of the century solved, Stevie is adrift. There is nothing to distract her from the questions pinging around her brain—questions about college, love, and life in general.

Relief comes when David invites Stevie and her friends to join him for study abroad, and his new friend Izzy introduces her to a double-murder cold case. In 1995, nine friends from Cambridge University went to a country house and played a drunken game of hide-and-seek. Two were found in the woodshed the next day, murdered with an ax.

The case was assumed to be a burglary gone wrong, but one of the remaining seven saw something she can’t explain. This was no break-in. Someone’s lying about what happened in the woodshed.

Red Kenny is on a road trip for spring break with five friends: Her best friend – the older brother – his perfect girlfriend – a secret crush – a classmate – and a killer.

When their RV breaks down in the middle of nowhere with no cell service, they soon realize this is no accident. They have been trapped by someone out there in the dark, someone who clearly wants one of them dead.

With eight hours until dawn, the six friends must escape, or figure out which of them is the target. But is there a liar among them? Buried secrets will be forced to light and tensions inside the RV will reach deadly levels. Not all of them will survive the night…

TALES FROM THE PIZZA PLEX: SOMNIPHOBIA by Scott Cawthorn

What are you running from? . . . Sam is afraid of just about anything and everything that’s unhealthy ever since his father died . . . Something about the Springtrap costume in the roleplaying area of Freddy Fazbears Mega Pizzaplex chills Luca to the core . . . And Grady’s fear of being trapped in small spaces makes working as a Pizzaplex technician extremely challenging. But in the world of Five Nights at Freddy’s, our deepest fears have a way of chasing us . . .

Readers beware: This collection of terrifying tales is enough to rattle even the most hardened Five Nights at Freddy‘s fans.

Shira Barbanel has a plan: this Hanukkah, she’s going to get a boyfriend. And she has the perfect candidate in mind—her great-uncle’s assistant, Isaac. He’s reliable, brilliant, and of course, super hot. The only problem? Shira’s an absolute disaster when it comes to flirting.

Enter Tyler Nelson, Shira’s nemesis-slash-former-crush. As much as she hates to admit it, Tyler is the most charming and popular guy she knows. Which means he’s the perfect person to teach her how to win Isaac over.

When Shira and Tyler get snowed in together at Golden Doors, they strike a deal—flirting lessons for Shira in exchange for career connections for Tyler. But as Shira starts to see the sweet, funny boy beneath Tyler’s playboy exterior, she realizes she actually likes hanging out with him. And that wasn’t part of the plan.

Amidst a whirl of snowy adventures, hot chocolate, and candlelight, Shira must learn to trust her heart to discover if the romance she planned is really the one that will make her happiest.