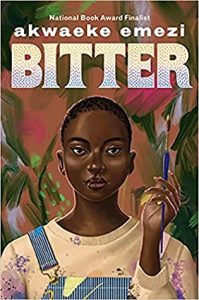 Bitter is thrilled to have been chosen to attend Eucalyptus, a special school where she can focus on her painting surrounded by other creative teens. But outside this haven, the streets are filled with protests against the deep injustices that grip the town of Lucille. Bitter’s instinct is to stay safe within the walls of Eucalyptus . . . but her friends aren’t willing to settle for a world that the adults say is “just the way things are.

Pulled between old friendships, her creative passion, and a new romance, Bitter isn’t sure where she belongs – in the art studio or in the streets. And if she does find a way to help the revolution while being true to who she is, she must also ask: at what cost? 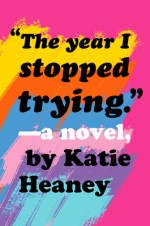 THE YEAR I STOPPED TRYING by Katie Heaney

Mary is having an existential crisis. She’s a good student, she never gets in trouble, and she is searching for the meaning of life. She always thought she’d find it in a perfect score on the SATs. But by junior year, Mary isn’t so sure anymore.

The first time, it’s an accident. She forgets to do a history assignment. She even crosses history essay off in her pristine planner. And then: Nothing happens. She doesn’t burst into flames, the world doesn’t end, the teacher doesn’t even pull her aside after class.

So she asks herself: Why am I trying so hard? What if I stop?

With her signature wit and heaps of dark humor, Katie Heaney delivers a stunning YA novel the sprints full-force into the big questions our teen years beg–and adeptly unravels their web. 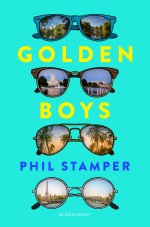 Gabriel, Reese, Sal, and Heath are best friends, bonded in their small rural town by their queerness, their good grades, and their big dreams. They are about to embark on the summer before senior year of high school, where each is going on a new, big adventure. Reese is attending a design school in Paris. Gabriel is going to Boston to volunteer with a environmental nonprofit. Sal is interning on Capitol Hill for a U.S. Senator. And Heath is stuck going to Daytona Beach to help out at his aunt’s beachfront arcade.

What will this summer of new experiences and world-expanding travel mean for each of them—and for their friendship? 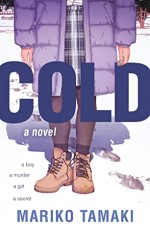 Todd Mayer is dead. Now a ghost, hovering over his body, recently discovered in a snow covered park, naked and frozen. As detectives investigate Todd’s homicide, talking to the very people linked to the events leading to his death, Todd replays the choice that led him to his end.

Georgia didn’t know Todd. But ever since she heard about his death, she can’t stop thinking about him. Maybe because they’re both outcasts at their school, or because they’re both queer. Maybe because the story of Todd people keep telling feels like a lot of fake stories Georgia has heard people tell. Plus Georgia has a feeling she’s seen Todd somewhere before, somewhere he wasn’t supposed to be. 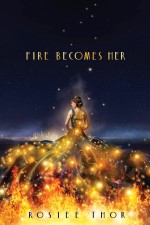 FIRE BECOMES HER by Rosiee Thor

With only a drop of flare, one can light the night sky with fireworks . . . or burn a building to the ground — and seventeen-year-old Ingrid Ellis wants her fair share.

Ingrid doesn’t have a family fortune, monetary or magical, but at least she has a plan: Rise to the top on the arm of Linden Holt, heir to a hefty political legacy and the largest fortune of flare in all of Candesce. Her only obstacle is Linden’s father who refuses to acknowledge her.

So when Senator Holt announces his run for president, Ingrid uses the situation to her advantage. She strikes a deal to spy on the senator’s opposition in exchange for his approval and the status she so desperately craves. But the longer Ingrid wears two masks, the more she questions where her true allegiances lie.

Will she stand with the Holts, or will she forge her own path?