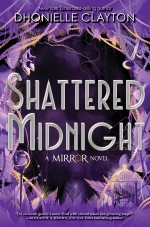 Zora Broussard has arrived in New Orleans with not much more than a bag of clothes, a beautiful voice, and a pair of enchanted red shoes. Running from a tragic accident caused by her magic, Zora wants nothing more than to blend in, as well as to avoid her overbearing aunt and mean-spirited cousins. Music becomes Zora’s only means of escape, yet she wonders if she should give it all up to remove the powers that make her a target, especially as a Black woman in the South.

But when Zora gets the chance to perform in a prominent jazz club, she meets a sweet white pianist named Phillip with magic of his own, including a strange mirror that foretells their future together. Falling into a forbidden love, Zora and Phillip must keep their relationship a secret. And soon the two discover the complicated connection between their respective families, a connection that could lead to catastrophe for them both. In the era of segregation and speakeasies, Zora must change her destiny and fight for the one she loves . . . or risk losing everything. 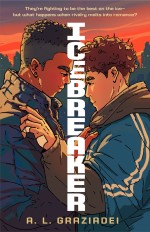 Seventeen-year-old Mickey James III is a college freshman, a brother to five sisters, and a hockey legacy. With a father and a grandfather who have gone down in NHL history, Mickey is almost guaranteed the league’s top draft spot.

The only person standing in his way is Jaysen Caulfield, a contender for the #1 spot and Mickey’s infuriating (and infuriatingly attractive) teammate. When rivalry turns to something more, Mickey will have to decide what he really wants, and what he’s willing to risk for it.

This is a story about falling in love, finding your team (on and off the ice), and choosing your own path. 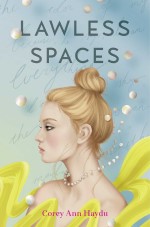 Mimi’s relationship with her mother has always been difficult. But lately, her mother has been acting more withdrawn than usual, leaving Mimi to navigate the tricky world of turning sixteen alone. What she doesn’t expect is her mother’s advice to start journaling—just like all the woman in her family before her. It’s a tradition, she says. Expected.

But Mimi takes to poetry and with it, a way to write down the realities of growing into a woman, the pains of online bullying, and the new experiences of having a boyfriend. And all in the shadows of a sexual assault case that is everywhere on the news—a case that seems to specifically rattle her mother.

Trying to understand her place in the world, Mimi dives into the uncovered journals of her grandmother, great-grandmother, and beyond. She immerses herself in each of their lives, learns of their painful stories and their beautiful sprits. And as Mimi grows closer to each of these women, she starts to forge her own path. But it isn’t until her mother’s story comes to light that Mimi learns about the unyielding bonds of family and the relentless spirit of womanhood. 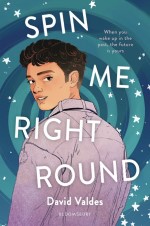 SPIN ME RIGHT ROUND by David Valdes

All Luis Gonzalez wants is to go to prom with his boyfriend, something his “progressive” school still doesn’t allow. Not after what happened with Chaz Wilson. But that was ages ago, when Luis’s parents were in high school; it would never happen today, right? He’s determined to find a way to give his LGBTQ friends the respect they deserve (while also not risking his chance to be prom king, just saying…).

When a hit on the head knocks him back in time to 1985 and he meets the doomed young Chaz himself, Luis concocts a new plan-he’s going to give this guy his first real kiss. Though it turns out a conservative school in the ’80s isn’t the safest place to be a gay kid. Especially with homophobes running the campus, including Gordo (aka Luis’s estranged father). Luis is in over his head, trying not to make things worse-and hoping he makes it back to present day at all. 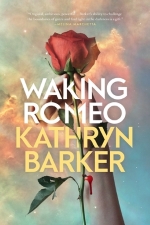 It’s the end of the world. Literally. Time travel is possible, but only forward. And only a handful of families choose to remain in the “now,” living off of the scraps left behind.

Among them are eighteen-year-old Juliet and the love of her life, Romeo. But things are far from rosy for Jules. Romeo lies in a coma and Jules is estranged from her friends and family, dealing with the very real fallout of their wild romance.

Then a mysterious time traveler, Ellis, impossibly arrives from the future with a mission that makes Juliet question everything she knows about life and love.