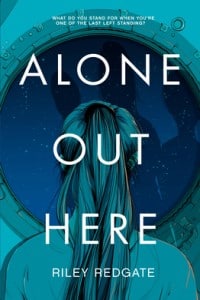 Visit the library to grab these new Young Adult releases before someone else does! If you see something that interests you, give us a call or visit the catalog to put one on hold.

ALONE OUT HERE by Riley Redgate

The year is 2072. Soon a volcanic eruption will trigger catastrophic devastation, and the only way out is up.

While the world’s leaders, scientists, and engineers oversee the frantic production of a space fleet meant to save humankind, their children are brought in for a weekend of touring the Lazarus, a high-tech prototype spaceship. But when the apocalypse arrives months ahead of schedule, First Daughter Leigh Chen and a handful of teens from the tour are the only ones to escape the planet.

This is the new world: a starship loaded with a catalog of human artifacts, a frozen menagerie of animal DNA, and fifty-three terrified survivors. From the panic arises a coalition of leaders, spearheaded by the pilot’s enigmatic daughter, Eli, who takes the wheel in their hunt for a habitable planet. But as isolation presses in, their uneasy peace begins to fracture. The struggle for control will mean the difference between survival and oblivion, and Leigh must decide whether to stand on the side of the mission or of her own humanity. 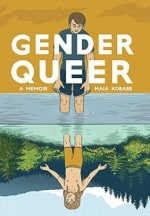 In 2014, Maia Kobabe, who uses e/em/eir pronouns, thought that a comic of reading statistics would be the last autobiographical comic e would ever write. At the time, it was the only thing e felt comfortable with strangers knowing about em. Now, Gender Queer is here. Maia’s intensely cathartic autobiography charts eir journey of self-identity, which includes the mortification and confusion of adolescent crushes, grappling with how to come out to family and society, bonding with friends over erotic gay fanfiction, and facing the trauma and fundamental violation of pap smears. Started as a way to explain to eir family what it means to be non-binary and asexual, Gender Queer is more than a personal story: it is a useful and touching guide on gender identity-what it means and how to think about it-for advocates, friends, and humans everywhere. 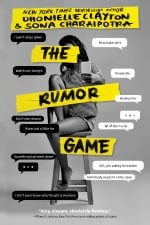 THE RUMOR GAME by Dhonielle Clayton and Sona Charaipotra

All it takes is one spark to start a blaze.

At Foxham Prep, a posh private school for the children of DC’s elite, a single rumor has the power to ruin a life.

Nobody knows that better than Bryn. She used to have it all—the perfect boyfriend, a bright future in politics, and even popularity, thanks to her best friend, cheer captain Cora. Then one mistake sparked a scandal that burned it all to the ground.

Now it’s the start of a new school year and the spotlight has shifted: It’s geeky Georgie, newly hot after a summer makeover, whose name is on everyone’s lips. When a rumor ignites, Georgie rockets up the school’s social hierarchy, pitting her and Cora against each other. It grants her Foxham stardom . . . but it also makes her a target.

As the rumors grow and morph, blazing like wildfire through the school’s social media, all three girls’ lives begin to unravel. But one person close to the drama has the power to stop the gossip in its tracks. The question is—do they even want to? 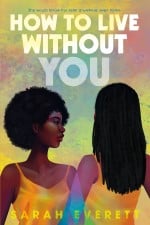 HOW TO LIVE WITHOUT YOU by Sara Everett

In this heart-wrenching, coming-of-age story about family, grief, and second chances, seventeen-year-old Emmy returns home for the summer to uncover the truth behind her sister Rose’s disappearance—only to learn that Rose had many secrets, ones that have Emmy questioning herself and the sister Emmy thought she knew. 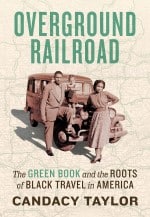 OVERGROUND RAILROAD: THE GREEN BOOK AND THE ROOTS OF BLACK TRAVEL IN AMERICA by Candacy Taylor

Published from 1936 to 1966, the Green Book was hailed as the “black travel guide to America.” At that time, it was very dangerous and difficult for African-Americans to travel because black travelers couldn’t eat, sleep, or buy gas at most white-owned businesses. The Green Book listed hotels, restaurants, gas stations, and other businesses that were safe for black travelers. It was a resourceful and innovative solution to a horrific problem. It took courage to be listed in the Green Book, and Overground Railroad celebrates the stories of those who put their names in the book and stood up against segregation. It shows the history of the Green Book, how we arrived at our present historical moment, and how far we still have to go when it comes to race relations in America. 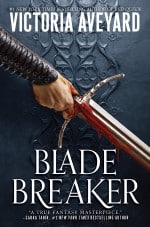 The fate of the world rests on a blade’s edge.

Fighting beside her band of unlikely companions, Corayne is learning to embrace her ancient lineage and wield her father’s powerful sword.

But while she successfully closed one of the Spindles, her journey is far from over.

Queen Erida’s army marches across Allward with her consort, Taristan, right beside them, opening more portals into nightmarish worlds, razing kingdoms to the ground.

Corayne has no choice but to assemble an army of her own if she’s to save the realm as she knows it. But perilous lands await her and the companions, and they face assassins, otherworldly beasts, and tempestuous seas all as they rally a divided Ward to fight behind them.

But Taristan has unleashed an evil far more wicked than his corpse armies. Something deadly waits in the shadows; something that might consume the world before there’s any hope for victory.