Spring is officially here. Ready to relax outside with a good book? New YA books have hit the shelves and are ready for your reading pleasure. If you see something that interests you, give us a call or visit the catalog to put one on hold! 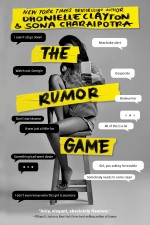 THE RUMOR GAME by Sona Charaipotra

All it takes is one spark to start a blaze.

At Foxham Prep, a posh private school for the children of DC’s elite, a single rumor has the power to ruin a life.

Nobody knows that better than Bryn. She used to have it all—the perfect boyfriend, a bright future in politics, and even popularity, thanks to her best friend, cheer captain Cora. Then one mistake sparked a scandal that burned it all to the ground.

Now it’s the start of a new school year and the spotlight has shifted: It’s geeky Georgie, newly hot after a summer makeover, whose name is on everyone’s lips. When a rumor ignites, Georgie rockets up the school’s social hierarchy, pitting her and Cora against each other. It grants her Foxham stardom . . . but it also makes her a target.

As the rumors grow and morph, blazing like wildfire through the school’s social media, all three girls’ lives begin to unravel. But one person close to the drama has the power to stop the gossip in its tracks. The question is—do they even want to? 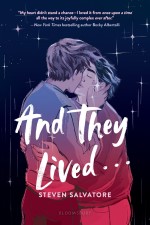 AND THEY LIVED… Steven Salvatore

Chase Arthur is a budding animator and hopeless romantic obsessed with Disney films and finding his true love, but he’s plagued with the belief that he’s not enough for anyone: he’s recovering from an eating disorder and suffers from body dysmorphia fueled by his father, and can’t quite figure out his gender identity. When Chase starts his freshman year of college, he has to navigate being away from home and missing his sister, finding his squad, and contending with his ex-best friend Leila who is gunning for the same exclusive mentorship. If only he can pull together a short for the freshman animation showcase at the end of the semester.

Then Chase meets Jack Reid, a pragmatic poet who worships words and longs to experience life outside of his sheltered world. But Chase throws everything into question for Jack, who is still discovering his sexual identity, having grown up in close-knit conservative family. Jack internalized a lot of homophobia from his parents and childhood best friend, who unexpectedly visit campus, which threatens to destroy their relationship. Chase will have to learn to love–and be enough for–himself, while discovering what it means to truly live. 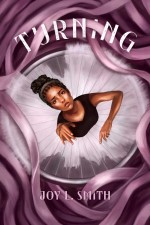 Genie used to fouetté across the stage. Now the only thing she’s turning are the wheels to her wheelchair. Genie was the star pupil at her exclusive New York dance school, with a bright future and endless possibilities before her. Now that the future she’s spent years building toward has been snatched away, she can’t stand to be reminded of it—even if it means isolating herself from her best friends and her mother. The only wish this Genie has is to be left alone.

But then she meets Kyle, who also has a “used to be.” Kyle used to tumble and flip on a gymnastics mat, but a traumatic brain injury has sent him to the same physical therapist that Genie sees. With Kyle’s support, along with her best friend’s insistence that Genie’s time at the barre isn’t over yet, Genie starts to see a new path—one where she doesn’t have to be alone and she finally has the strength to heal from the past.

But healing also means confronting. Confronting the booze her mother, a recovering alcoholic, has been hiding under the kitchen sink; the ex-boyfriend who was there the night of the fall and won’t leave her alone; and Genie’s biggest, most terrifying secret: the fact that the accident may not have been so accidental after all. 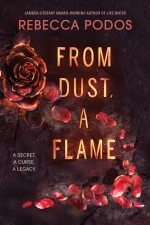 FROM DUST, A FLAME by Rebecca Podos

Hannah’s whole life has been spent in motion. Her mother has kept her and her brother, Gabe, on the road for as long as she can remember, leaving a trail of rental homes and faded relationships behind them. No roots, no family but one another, and no explanations.

All of that changes on Hannah’s seventeenth birthday when she wakes up transformed, a pair of golden eyes with knife-slit pupils blinking back at her from the mirror—the first of many such impossible mutations. Promising that she knows someone who can help, her mother leaves Hannah and Gabe behind to find a cure. But as the days turn to weeks and their mother doesn’t return, they realize it’s up to them to find the truth.

What they discover is a family they never knew, and a history more tragic and fantastical than Hannah could have dreamed—one that stretches back to her grandmother’s childhood in Prague under the Nazi occupation, and beyond, into the realm of Jewish mysticism and legend. As the past comes crashing into the present, Hannah must hurry to unearth their family’s secrets—and confront her own hidden legacy in order to break the curse and save the people she loves most, as well as herself. 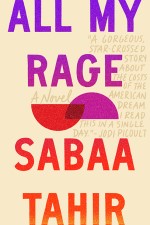 ALL MY RAGE by Sabaa Tahir

Lahore, Pakistan. Then.
Misbah is a dreamer and storyteller, newly married to Toufiq in an arranged match. After their young life is shaken by tragedy, they come to the United States and open the Cloud’s Rest Inn Motel, hoping for a new start.

Juniper, California. Now.
Salahudin and Noor are more than best friends; they are family. Growing up as outcasts in the small desert town of Juniper, California, they understand each other the way no one else does. Until The Fight, which destroys their bond with the swift fury of a star exploding.

Now, Sal scrambles to run the family motel as his mother Misbah’s health fails and his grieving father loses himself to alcoholism. Noor, meanwhile, walks a harrowing tightrope: working at her wrathful uncle’s liquor store while hiding the fact that she’s applying to college so she can escape him—and Juniper—forever.

When Sal’s attempts to save the motel spiral out of control, he and Noor must ask themselves what friendship is worth—and what it takes to defeat the monsters in their pasts and the ones in their midst.

From one of today’s most cherished and bestselling young adult authors comes a breathtaking novel of young love, old regrets, and forgiveness—one that’s both tragic and poignant in its tender ferocity.