Our Teen Advisory Board hand-picked a few titles for our YA section. Take a look! If you see something that interests you, give us a call or visit the catalog to put one on hold! 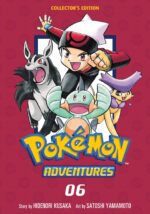 A stylish new omnibus edition of the best-selling Pokémon Adventures manga, collecting all the original volumes of the series you know and love.

Trainer Ruby must battle his scariest opponent yet—his father! Meanwhile, Sapphire is having trouble getting in her quota of Gym battles. One Gym Leader wants to just hand her a badge without a proper fight, and another has been…kidnapped?! Behind the scenes, it looks like Team Magma, with a little help from Team Aqua, might be the reason Ruby and Sapphire are on a losing streak! 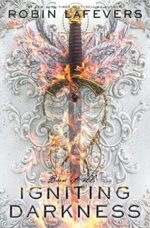 When you count Death as a friend, who can stand as your enemy?

Sybella, novitiate of the convent of Saint Mortain and Death’s vengeance on earth, is still reeling from her God’s own passing, and along with him a guiding hand in her bloody work. But with her sisters on the run from their evil brother and under the watchful eye of her one true friend (and love) at court, the soldier known as Beast, Sybella stands alone as the Duchess of Brittany’s protector.

After months of seeking her out, Sybella has finally made contact with a fellow novitiate of the convent, Genevieve, a mole in the French court. But when Genevieve mistakenly draws the attention of the French king to the convent of Saint Mortain and its deadly arts, she may do her sisters (and herself) more harm than good. Sybella, having already drawn the ire of the French regent, may not be able to depend on her sister and ally as much as she hoped. Still, Death always finds a way, even if it’s not what one expects. 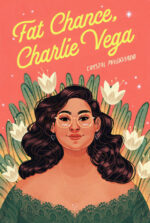 People sometimes have a problem with that last one. Especially her mom. Charlie wants a good relationship with her body, but it’s hard, and her mom leaving a billion weight loss shakes on her dresser doesn’t help. The world and everyone in it have ideas about what she should look like: thinner, lighter, slimmer-faced, straighter-haired. Be smaller. Be whiter. Be quieter.

But there’s one person who’s always in Charlie’s corner: her best friend Amelia. Slim. Popular. Athletic. Totally dope. So when Charlie starts a tentative relationship with cute classmate Brian, the first worthwhile guy to notice her, everything is perfect until she learns one thing–he asked Amelia out first. So is she his second choice or what? Does he even really see her? UGHHH. Everything is now officially a MESS. 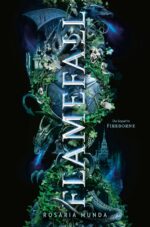 After fleeing the revolution and settling into the craggy cliffs of New Pythos, the Dragonlords are eager to punish their usurpers–and reclaim their city. Their first order of business was destroying the Callipolan food supply. Now they’re coming for the Dragonriders.

Annie is Callipolis’s new Firstrider, and while her goal has always been to protect the people, being the government’s enforcer has turned her into public enemy number one.

Lee struggles to find his place after killing kin to prove himself to a leader who betrayed him. He can support Annie and the other Guardians . . . or join the radicals who look to topple the new regime.

Griff, a lowborn dragonrider who serves New Pythos, knows he has no future. And now that Julia, the Firstrider who had protected him, is dead, he is called on to sacrifice everything for the lords that oppress his people–or to forge a new path with the Callipolan Firstrider seeking his help.

With famine tearing Callipolis apart and the Pythians determined to take back what they lost, it will be up to Annie, Lee, and Griff to decide what to fight for–and who to love. 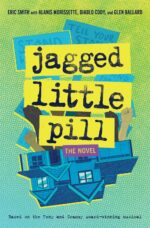 Adopted Frankie struggles to see eye-to-eye with her mother—who would rather ignore a problem and preserve their “perfect” life than stand up for what’s right. Jo just wants her mom to accept her queer identity—and is totally crushed when Frankie, the only person who really gets her, finds herself infatuated with someone new. Phoenix tries to find his place at the new school and balance wanting to spend time with Frankie but knowing he also has to help out with his sick sister at home. Bella wants to enjoy the end of high school and just head off to college without a hitch. Everyone expects Frankie’s brother Nick to be the golden boy, but even though he just got into his dream school, he’s not even sure he’s a good person. Each of their stories intersects when Bella is sexually assaulted at a party, and it looks like the perpetrator might get away with it.