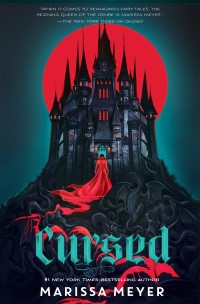 Adalheid Castle is in chaos.

Following a shocking turn of events, Serilda finds herself ensnared in a deadly game of make-believe with the Erlking, who is determined to propel her deeper into the castle’s lies. Meanwhile, Serilda is determined to work with Gild to help him solve the mystery of his forgotten name and past.

But soon it becomes clear that the Erlking doesn’t only want to use Serilda to bring back his one true love. He also seeks vengeance against the seven gods who have long trapped the Dark Ones behind the veil. If the Erlking succeeds, it could change the mortal realm forever.

Can Serilda find a way to use her storytelling gifts for good—once and for all? And can Serilda and Gild break the spells that tether their spirits to the castle before the Endless Moon finds them truly cursed? 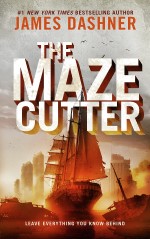 THE MAZE CUTTER by James Dashner

Seventy-three years after the events of The Death Cure, when Thomas and other immunes were sent to an island to survive the Flare-triggered apocalypse, their descendants have thrived. Sadina, Isaac, and Jackie all learned about the unkind history of the Gladers from The Book of Newt and tall tales from Old Man Frypan, but when a rusty old boat shows up one day with a woman bearing dark news of the mainland–everything changes. The group and their islander friends are forced to embark back to civilization where they find Cranks have evolved into a more violent, intelligent version of themselves. The islanders are hunted by the Godhead, the Remnant Nation, and scientists with secret agendas. When they cross paths with an orphan named Minho from the Remnant Nation, the dangers become real and they don’t know who they can trust. The islanders will have to survive long enough to figure out why they are being targeted, who is friend or foe, and what the Godhead has planned for the future of humanity. 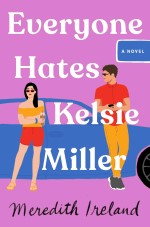 There’s no one Kelsie Miller hates more than Eric Mulvaney Ortiz—the homecoming king, captain of the football team, and academic archrival in her hyper-competitive prep school. But after Kelsie’s best friend, Briana, moves across the country and stops speaking to her, she’ll do anything, even talk to Eric, to find out why.

After they run into each other—literally—at the last high school party of the summer, Eric admits he’s been ghosted by his girlfriend, Jessica. Kelsie tells him she’s had zero contact from Briana since she left their upstate New York town.

Suddenly, a plan is formed: they’ll go on a road trip to the University of Pennsylvania the following week when both Briana and Jessica will be on campus. Together, they’ll do whatever it takes to win back their exes.

What could go wrong?

Used to succeeding in everything, Kelsie and Eric assume they’ll naturally figure out the details on the drive down. What they don’t expect is that the person they actually need may be the one sitting next to them. 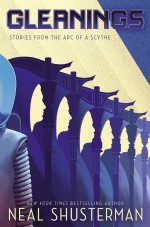 GLEANINGS: STORIES FROM THE ARC OF A SCYTHE by Neal Shusterman

There are still countless tales of the Scythedom to tell. Centuries passed between the Thunderhead cradling humanity and Scythe Goddard trying to turn it upside down. For years humans lived in a world without hunger, disease, or death with Scythes as the living instruments of population control.

Neal Shusterman—along with collaborators David Yoon, Jarrod Shusterman, Sofía Lapuente, Michael H. Payne, Michelle Knowlden, and Joelle Shusterman—returns to the world throughout the timeline of the Arc of a Scythe series. Discover secrets and histories of characters you’ve followed for three volumes and meet new heroes, new foes, and some figures in between. 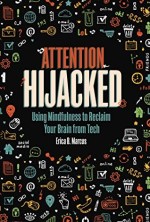 ATTENTION HIGHJACKED: USING MINDFULNESS TO RECLAIM YOUR BRAIN FROM TECH

Technology surrounds us every day: a phone alarm wakes us up, an electronic calendar tracks assignment deadlines, GPS directs us to the new dentist’s office, social media keeps us connected to friends and family, and streaming platforms make sure we’re never without something new to binge-watch. Our devices and apps can make life much more convenient and entertaining.

But for years, scientists have warned that too much screen time may have negative effects on our health. With portable devices and remote learning, it is even more difficult to put down electronics. Being intentional about how and when to unplug can help teens and young adults to protect their physical and mental wellbeing in a world where screens and technology are increasingly becoming necessities rather than just conveniences.

Attention Hijacked offers a roadmap for those deciding how they want to deal with technology, exploring the ways technology affects the individual, dispelling common misinformation, and using this knowledge to make personalized decisions. Page Plus links in the book lead to mindfulness and meditation audio clips. Using mindfulness techniques, this book gives readers the power to take charge of their technology use. 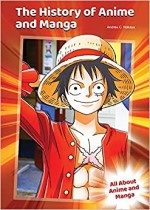 THE HISTORY OF ANIME AND MANGA by Andrea C. Nakaya

Anime and manga have been a staple form of entertainment in Japan for many years, and while they took a while to catch on outside of Japan, they have ultimately become one of the country’s most popular exports. Every year their many stories and characters are followed by passionate fans all over the world.