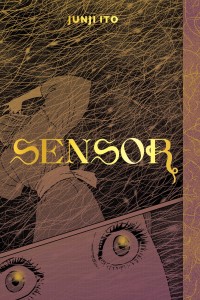 From the publisher: Horror master Junji Ito explores a new frontier with a grand cosmic horror tale in which a mysterious woman has her way with the world!

A young woman named Kyoko is hiking alone in the woods when she finds a bunch of volcanic hair, thin, hairlike strands of lava that can sometimes be carried on the wind near volcanoes. Except rather than being black like the normal stuff, this hair is bright gold. A short time later, she meets a man who says he was expecting her and brings her to his village, which turns out to be absolutely coated in the stuff, which he calls the amagami, or “heavenly hair.” Even stranger, strands of amagami seem to stick to these people and give them limited mental powers. The village believes this hair is a blessing from Saint Miguel, a Christian missionary who was thrown into the volcano centuries before. The next day, the volcano erupts, and Kyoko is found by emergency workers encased inside a cocoon made of golden hair, and her own hair has been completely replaced by amakami. There’s no sign of the village whatsoever. Shortly afterward, Kyoko disappears, and is not seen again until a small-town reporter named Wataru catches a glimpse of her the following year. Realizing that this could be his big scoop, Wataru searches obsessively for signs of Kyoko; his search leads him to doctors, teahouses, suicide cliffs, cult leaders, and more.

Sensor is a downright strange story. This was my first time reading anything by Junji Ito, probably the best-known writer of horror manga. I wasn’t sure what to expect, but was definitely pleasantly surprised. While I did not find the story especially scary, it was definitely unusual and not like anything I’ve read before. The art (also by Junji Ito) is both gorgeous and creepy, and is easily my favorite part of the book. There are times though that it seems a little unfocused, as if Ito wasn’t sure exactly what he wanted to happen. In the author’s note at the end of the book, Ito mentions that unlike most of his work, he found that the characters “moved on their own” in Sensor. I think this probably explains why it seems a bit scattered, and was probably a different story than what Ito originally set out to write. I would think it’s probably also somewhat different than what he has written before, though since this is my first Junji Ito story I don’t know for sure.

Overall, I would recommend Sensor to fans of horror or sci-fi, particularly if they also enjoy manga.