Ali loves all kinds of books, some of her favorites include the masters of horror and science fiction. Check out her top five below!

Visit the library, give us a call or search the catalog to put one of these great books on hold today. 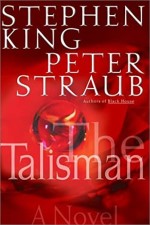 THE TALISMAN by Stephen King

This is my favorite book that I have ever read.  If you are a fan of exciting adventures, two-headed birds, werewolves, and magic, then this book is for you!  13-year-old Jack Sawyer and his mom are on the run from Uncle Morgan, and Jack has no idea why.  Jack also knows that his mom is very sick even though she tries to hide it from him.  One day while Jack and his mom are staying in a fading ocean resort called the Alhambra, Jack meets local handyman Speedy, who introduces him to another amazing and fantastical world next door to ours called the Territories: a world filled with moving trees, flying men, and a dying Queen that looks a lot like Jack’s mom.  Jack must make a cross-country trip between his world and the world of the Territories to find a magical talisman that just might save his mother’s life.  Can he find the Talisman? Strap on your comfy sneakers and follow Jack on his journey! 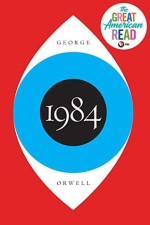 Fans of dystopian novels will love this classic novel by George Orwell. In a totalitarian world,  Big Brother is always watching.  Privacy no longer exists, and original ideas are frowned upon.  Winston Smith is an average man with an average life, and wishes for a peaceful existence.  Winston remembers what life was like before the Party came into power, and dreams of a day when the Thought Police no longer prosecute individuality and independent thinking. However, Winston works for the Ministry of Truth, and with each lie he writes, he grows to hate the Party even more. Will Winston break free from Big Brother?  Read 1984 to find out! 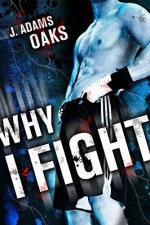 WHY I FIGHT by J. Adams Oaks

12-year-old Wyatt Reaves has not had the easiest life.  His parents are not the loving caring parents Wyatt has seen on TV and in the movies.  After burning down his home and leaving his parents penniless in an effort to break free, Wyatt is “saved” by his Uncle Spade, who sees potential in Wyatt and introduces him to the gritty world of bare-fist fighting. With nothing else to do, Wyatt spends the next 6 years working for his Uncle Spade, earning money with his fists.  They bounce from one home to the next, sometimes even living in cars, while Wyatt tries to find his place in life.  You won’t be able to put down this book as you travel with Wyatt, watching him grow up in a challenging but amazing world. 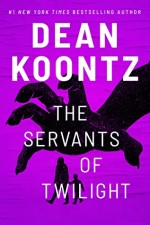 THE SERVANTS OF TWILIGHT by Dean Koontz

Christine Scavello and her young son Joey are spending a nice day at the mall, when a charismatic but strange elderly woman named Grace Spivey approaches Joey and declares to both he and his mother that Joey is the Antichrist and must be eliminated. Now Joey and Christine’s worlds are turned upside down as Joey becomes the target of a religious cult called The Servants of Twilight, who are determined to eliminate him by any means necessary in an effort to prevent the apocalypse.   With the help of a private detective named Charlie, they might just find a way out of this madness so that Joey can live a normal life; and Christine is surprised to find that her heart still has the capacity to find love in the midst of the melee.  But will Joey survive the endless attacks? Read on to find out! 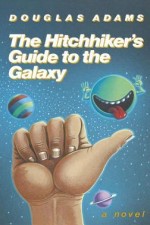 THE HITCHHIKER’S GUIDE TO THE GALAXY by Douglas Adams

DON’T PANIC!  At least that’s what Arthur Dent thinks as he lies down in front of the bulldozer that is about to demolish his home to make way for the road bypass, only to have his friend Ford Prefect whisk him away to the local pub and inform him that:

This book is filled with whimsical sci-fi goodness, including: a Babel fish (which when stuck in your ear will allow you to translate alien languages), a spaceship with an Infinite Improbability Drive, flying sperm whales, planet-building mice, and more!  Don’t forget your towel, and get your thumb out for an intergalactic road trip for the ages!

Curious what the staff of GPL likes to read? Every week we’ll share five titles we’ve read recently. All titles are available for checkout at the library — give us a call or visit the catalog to put one on hold!