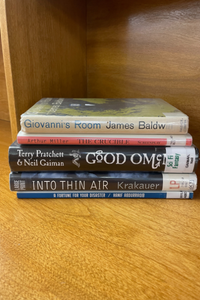 This week I’m bringing a little variety to the staff picks section, with five diverse titles showcasing my wide range of tastes. From poetry to drama to adventure, there’s something here for everyone! Visit the library, give us a call or search the catalog to put one of these great books on hold today. 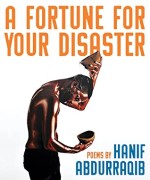 A FORTUNE FOR YOUR DISASTER by Hanif Abdurraqib

Hanif’s second poetry collection, a follow-up to The Crown Ain’t Worth Much, is “a book of poems about how one rebuilds oneself after heartbreak, the kind that renders them a different version of themselves than the one they knew.” Known for both his poetry and his non-fiction writing, Hanif is one of my favorite writers of all time. His talent for pairing difficult, emotional internal struggles with cultural touchstones (like Michael Jordan, Nikola Tesla, and mid-2000s pop-punk icons) creates an evocative impact that even the most uninitiated poetry readers will identify with. If poetry isn’t your style, Hanif’s newest title A Little Devil in America: Notes in Praise of Black Performance is on the Best Books of 2021 list, and also lives up to the hype. 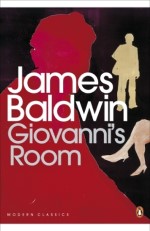 In 1950’s Paris, a young American man, engaged to a beautiful young Italian woman, falls in love with an Italian bartender named Giovanni. A classic of gay literature, Giovanni’s Room is perhaps Baldwin’s most controversial novel, but it’s also one of his best. “Examining the mystery of love and passion in an intensely imagined narrative, Baldwin creates a moving and complex story of death and desire that is revelatory in its insight.” Giovanni’s Room is the story of love — not just love of another, but love of one’s self, and how being in a time and place that is wholly against who you as a person impacts your ability to experience both of those types of love. An emotional rollercoaster that will leave you drained and raw — in the best way possible. 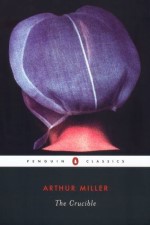 THE CRUCIBLE by Arthur Miller

The Crucible is a staple in many high school English classrooms, and for good reason. A fictional retelling of the witch trials in seventeenth-century Salem, Massachusetts, The Crucible tells the story of a community engulfed in what appears to be the devil’s handiwork, but is actually all just and elaborate lie to cover up adultery — that’s the surface of the story, at least. “Written in 1953, The Crucible is a mirror [Arthur] Miller uses to reflect the anti-communist hysteria inspired by Senator Joseph McCarthy’s “witch-hunts” in the United States.” Perhaps you hated this in school, but I encourage you to give it another shot — or at least watch the movie. 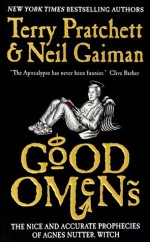 Good Omens regained its well-deserved popularity in 2019 when the Amazon miniseries starring David Tennant and Michael Sheen premiered (and was recently renewed for a second season), but the title has been one on many fantasy lovers’ lists since its release. The date has been set for Judgment Day, and an angel and a demon find themselves in the peculiar predicament of trying to stop it. Though that description may sound bleak, chaos and hilarity ensue, making Good Omens a delightful read in these seemingly apocalyptic times we live in. 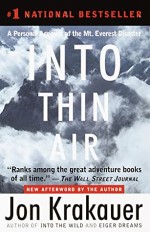 INTO THIN AIR by Jon Krakauer

Many avid readers are frequently turned off by non-fiction titles, but Krakauer has a talent for writing non-fiction that feels like fiction. His storytelling ability is on full display here, as he writes about the 1996 Mount Everest disaster — for which he was present. “The storm … claimed five lives and left countless more — including Krakauer’s — in guilt-ridden disarray.” A classic adventure tale since it’s release Into Thin Air will leave you more interested in mountaineering than you ever thought you could be.

All of these books are available for checkout from the Galesburg Public Library!