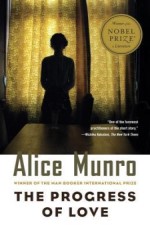 THE PROGRESS OF LOVE by Alice Munro

A divorced woman returns to her childhood home where she confronts the memory of her parents’ confounding yet deep bond. The accidental near-drowning of a child exposes the fragility of the trust between children and parents. A young man, remembering a terrifying childhood incident, wrestles with the responsibility he has always felt for his younger brother. In these and other stories Alice Munro proves once again a sensitive and compassionate chronicler of our times. Drawing us into the most intimate corners of ordinary lives, she reveals much about ourselves, our choices, and our experiences of love. 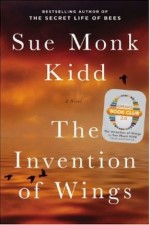 THE INVENTION OF WINGS by Sue Monk Kidd

Hetty “Handful” Grimke, an urban slave in early nineteenth century Charleston, yearns for life beyond the suffocating walls that enclose her within the wealthy Grimke household. The Grimke’s daughter, Sarah, has known from an early age she is meant to do something large in the world, but she is hemmed in by the limits imposed on women.

Kidd’s sweeping novel is set in motion on Sarah’s eleventh birthday, when she is given ownership of ten year old Handful, who is to be her handmaid. We follow their remarkable journeys over the next thirty five years, as both strive for a life of their own, dramatically shaping each other’s destinies and forming a complex relationship marked by guilt, defiance, estrangement and the uneasy ways of love. 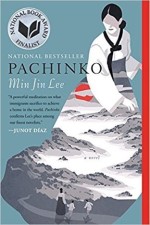 In the early 1900s, teenaged Sunja, the adored daughter of a crippled fisherman, falls for a wealthy stranger at the seashore near her home in Korea. He promises her the world, but when she discovers she is pregnant — and that her lover is married — she refuses to be bought. Instead, she accepts an offer of marriage from a gentle, sickly minister passing through on his way to Japan. But her decision to abandon her home, and to reject her son’s powerful father, sets off a dramatic saga that will echo down through the generations.

Richly told and profoundly moving, Pachinko is a story of love, sacrifice, ambition, and loyalty. From bustling street markets to the halls of Japan’s finest universities to the pachinko parlors of the criminal underworld, Lee’s complex and passionate characters — strong, stubborn women, devoted sisters and sons, fathers shaken by moral crisis — survive and thrive against the indifferent arc of history. 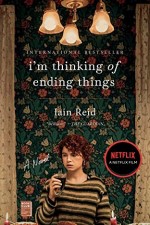 I’m thinking of ending things. Once this thought arrives, it stays. It sticks. It lingers. It’s always there. Always.

Jake once said, “Sometimes a thought is closer to truth, to reality, than an action. You can say anything, you can do anything, but you can’t fake a thought.”

And here’s what I’m thinking: I don’t want to be here.

In this smart and intense literary suspense novel, Iain Reid explores the depths of the human psyche, questioning consciousness, free will, the value of relationships, fear, and the limitations of solitude. Reminiscent of Jose Saramago’s early work, Michel Faber’s cult classic Under the Skin, and Lionel Shriver’s We Need to Talk about Kevin, “your dread and unease will mount with every passing page” (Entertainment Weekly) of this edgy, haunting debut. Tense, gripping, and atmospheric, I’m Thinking of Ending Things pulls you in from the very first page…and never lets you go. 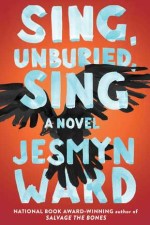 In Jesmyn Ward’s first novel since her National Book Award–winning Salvage the Bones, this singular American writer brings the archetypal road novel into rural twenty-first-century America. Drawing on Morrison and Faulkner, The Odyssey and the Old Testament, Ward gives us an epochal story, a journey through Mississippi’s past and present that is both an intimate portrait of a family and an epic tale of hope and struggle. Ward is a major American writer, multiply awarded and universally lauded, and in Sing, Unburied, Sing she is at the height of her powers.
Jojo and his toddler sister, Kayla, live with their grandparents, Mam and Pop, and the occasional presence of their drug-addicted mother, Leonie, on a farm on the Gulf Coast of Mississippi. Leonie is simultaneously tormented and comforted by visions of her dead brother, which only come to her when she’s high; Mam is dying of cancer; and quiet, steady Pop tries to run the household and teach Jojo how to be a man. When the white father of Leonie’s children is released from prison, she packs her kids and a friend into her car and sets out across the state for Parchman farm, the Mississippi State Penitentiary, on a journey rife with danger and promise.

October’s staff picks come from Anne, the Technical Services supervisor. All book descriptions are courtesy of the publisher.