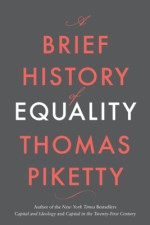 A BRIEF HISTORY OF EQUALITY by Thomas Piketty

It’s easy to be pessimistic about inequality. We know it has increased dramatically in many parts of the world over the past two generations. No one has done more to reveal the problem than Thomas Piketty. Now, in this surprising and powerful new work, Piketty reminds us that the grand sweep of history gives us reasons to be optimistic. Over the centuries, he shows, we have been moving toward greater equality.

Piketty guides us with elegance and concision through the great movements that have made the modern world for better and worse: the growth of capitalism, revolutions, imperialism, slavery, wars, and the building of the welfare state. It’s a history of violence and social struggle, punctuated by regression and disaster. But through it all, Piketty shows, human societies have moved fitfully toward a more just distribution of income and assets, a reduction of racial and gender inequalities, and greater access to health care, education, and the rights of citizenship. Our rough march forward is political and ideological, an endless fight against injustice. To keep moving, Piketty argues, we need to learn and commit to what works, to institutional, legal, social, fiscal, and educational systems that can make equality a lasting reality. At the same time, we need to resist historical amnesia and the temptations of cultural separatism and intellectual compartmentalization. At stake is the quality of life for billions of people. We know we can do better, Piketty concludes. The past shows us how. The future is up to us. 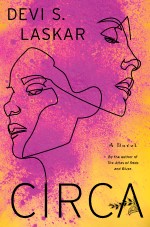 CIRCA by Devi S. Laskar

On the cusp of her eighteenth birthday, Heera and her best friends, siblings Marie and Marco, tease the fun out of life in Raleigh, North Carolina, with acts of rebellion and delinquency. They paint the town’s water towers with red anarchy symbols and hang out at the local bus station to pickpocket money for their Great Escape to New York. But no matter how much Heera defies her strict upbringing, she’s always avoided any real danger—until one devastating night changes everything.

In its wake, Marco reinvents himself as Crash and spends his days womanizing and burning through a string of jobs. Meanwhile, Heera’s dream to go to college in New York is suddenly upended. Over the years, Heera’s and Crash’s paths cross and recross on a journey of dreams, desires, jealousies, and betrayals. 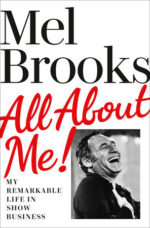 ALL ABOUT ME!: MY REMARKABLE LIFE IN SHOW BUSINESS

For anyone who loves American comedy, the long wait is over. Here are the never-before-told, behind-the-scenes anecdotes and remembrances from a master storyteller, filmmaker, and creator of all things funny.

All About Me! charts Mel Brooks’s meteoric rise from a Depression-era kid in Brooklyn to the recipient of the National Medal of Arts. Whether serving in the United States Army in World War II, or during his burgeoning career as a teenage comedian in the Catskills, Mel was always mining his experiences for material, always looking for the perfect joke. His iconic career began with Sid Caesar’s Your Show of Shows, where he was part of the greatest writers’ room in history, which included Carl Reiner, Neil Simon, and Larry Gelbart. After co-creating both the mega-hit 2000 Year Old Man comedy albums and the classic television series Get Smart, Brooks’s stellar film career took off. He would go on to write, direct, and star in The Producers, The Twelve Chairs, Blazing Saddles, Young Frankenstein, Silent Movie, High Anxiety, and Spaceballs, as well as produce groundbreaking and eclectic films, including The Elephant Man, The Fly, and My Favorite Year. Brooks then went on to conquer Broadway with his record-breaking, Tony-winning musical, The Producers. 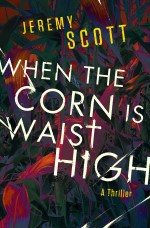 WHEN THE CORN IS WAIST HIGH by Jeremy Scott

Father Solomon Lancaster—the town’s dry-witted sheriff and priest at the community Catholic church—finds himself on the forefront of the investigation. Soon, he’s fighting to match wits with the serial killer terrorizing his town while trying to justify his law enforcement credentials to the FBI as their analysts and profilers take Crooked Creek, Indiana, by storm.

But Father Solomon is hiding secrets of his own. Ones that threaten to rise to the surface as the murders continue and the investigation draws nearer to the truth. As the killer begins to escalate, Father Solomon finds that even the innocent have dark sides, and trust might be the deadliest weapon of all.F 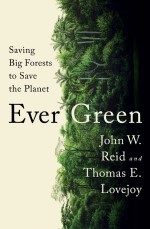 EVER GREEN: SAVING BIG FORESTS TO SAVE THE PLANET by John. W. Reid & Thomas E. Lovejoy

Five stunningly large forests remain on Earth: the Taiga, extending from the Pacific Ocean across all of Russia and far-northern Europe; the North American boreal, ranging from Alaska’s Bering seacoast to Canada’s Atlantic shore; the Amazon, covering almost the entirety of South America’s bulge; the Congo, occupying parts of six nations in Africa’s wet equatorial middle; and the island forest of New Guinea, twice the size of California.

These megaforests are vital to preserving global biodiversity, thousands of cultures, and a stable climate, as economist John W. Reid and celebrated biologist Thomas E. Lovejoy argue convincingly in Ever Green. Megaforests serve an essential role in decarbonizing the atmosphere—the boreal alone holds 1.8 trillion metric tons of carbon in its deep soils and peat layers, 190 years’ worth of global emissions at 2019 levels—and saving them is the most immediate and affordable large-scale solution to our planet’s most formidable ongoing crisis. 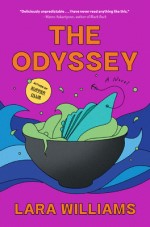 THE ODYSSEY by Lara Williams

Ingrid works on a gargantuan luxury cruise liner where she spends her days reorganizing the gift shop shelves and waiting for long-term guests to drop dead in the aisles. On her days off, she disembarks from the ship, wasting the hours aimlessly following tourists around, drinking the local alcohol, and buying clothes she never intends to wear again. It’s not a bad life. At least, it distracts her from thinking about the other life–the other person–she left behind five years ago.

That is, until the day she is selected by the ship’s enigmatic captain and (ill-informed) wabi sabi devotee, Keith, for his mentorship program. Encouraging her to reflect on past mistakes and her desperation to remain lost at sea, Keith pushes Ingrid further than she ever thought possible. But as her friendships and professional life onboard steadily fall apart, Ingrid must ask herself: how do you know when you have gone too far? 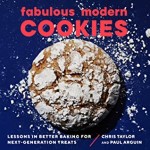 Chris Taylor and Paul Arguin bring fresh perspective and heaps of creativity to everything they bake. Now reinventing America’s most traditional handheld dessert—the cookie—they offer 100 reliable and exciting recipes that are sure to impress. From Pumpkin Snickercrinkles to Black-Bottom Lemon Squares, and Coffee Bean Crunchers to Bronze Butter Chocolate Chip Cookies, these are next-level cookies.

Combining their passion for serious baking with their professional backgrounds as accomplished scientists, Taylor and Arguin apply new methods and modern ingredient pairings to develop novel base recipes with innovative techniques. In these pages, they share what they’ve learned in lively tips and tricks for every recipe and style of cookie. Complete with mouthwatering photos, options to make ahead, decorate, or infinitely adapt, these outside-the-box recipes are the very definition of fabulous.

THE FORGOTTEN LIFE OF EVA GORDON by Linda MacKillop

Failing memory has forced Eva Gordon to move in with her granddaughter, Breezy. But Eva hates the bustle of Boston. All she wants to do is move back to her quiet, cozy Cape Cod home and be left alone.

Then Breezy announces she’s getting married, and they’ll be moving to her new husband’s rundown family farm, where he lives with an elderly uncle. They’ll be one big family–but only Breezy and Brent think it’ll be a happy one.

It’s all too much for Eva. Too much change, too much togetherness, too much of an over-crowded life she never wanted. But as her desire for privacy collides with her worsening memory, Eva may find herself in a pickle she can’t get out of. Can an unlikely cast of misfit characters step in to woo Eva from her self-imposed isolation?