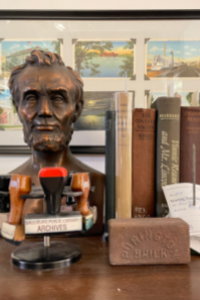 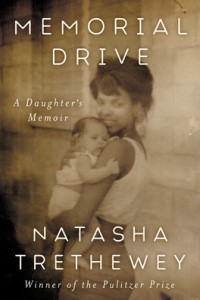 From the Publisher: At age nineteen, Natasha Trethewey had her world turned upside down when her former stepfather shot and killed her mother. Grieving and still new to adulthood, she confronted the twin pulls of life and death in the aftermath of unimaginable trauma and now explores the way this experience lastingly shaped the artist she became.

The story of Greek priestess Cassandra isn’t the most well-known of ancient tales. In an effort to woo Cassandra, the god Apollo gave her the gift of clairvoyance, but when Cassandra turned down Apollo’s advances, he turned that gift into a curse: she could see the future, but no one would believe her prophecies. When Natasha Trethewey was a…

In 1858, Knox professor (and later acting president) Albert Hurd donated a collection of books to form the Young Men’s Literary Society. The collection was housed in the public high school until the city passed an ordinance in 1874 and a free public library was created. The same year, the first library board was established. Nine men were appointed to help build and maintain the library. The next year, the first librarian, Mrs. F.A. Smith, was hired. … 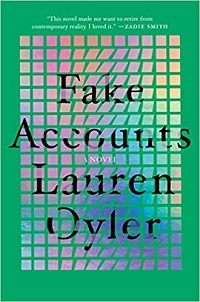 From the Publisher: On the eve of Donald Trump’s inauguration, a young woman snoops through her boyfriend’s phone and makes a startling discovery: he’s an anonymous internet conspiracy theorist, and a popular one at that. Suddenly left with no reason to stay in New York, our unnamed narrator flees to Berlin, embarking on her own cycles of manipulation in the deceptive spaces of her daily life, from dating apps to expat meetups, open-plan offices to bureaucratic waiting rooms.

With the announcement of her debut novel, Lauren Oyler expected divisive reactions; she’s a literary and cultural critic, who has had her share of controversial takes over the years. Oyler has said she has a problem with the “moral obviousness of contemporary… 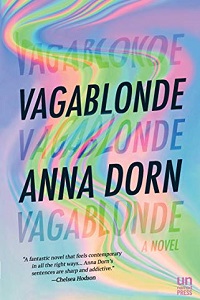 From the Publisher: Vagablonde is a darkly humorous, rollercoaster ride through the Los Angeles music scene about a woman who wants two things: the first is to live without psychotropic medication, and the second is to experience success as an artist. A cautionary tale about viral fame, Vagablonde speaks directly to our time in biting detail.

Anna Dorn is a writer from Los Angeles. She is a former criminal defense attorney with a JD from UC Berkeley Law and has written for various legal and pop culture outlets. It’s not too far off then to think that her book about Prue Van Teesen, a lawyer-turned-rapper battling anxiety and depression, is probably a bit autobiographical. Prue has never felt totally happy with being a lawyer, but it keeps her parents content, pays the bills, and…