Looking for something to read while you enjoy the sunshine? Look no further for five new children’s titles for you and your kiddos. If you see something that interests you, give us a call or visit the catalog to put one on hold! 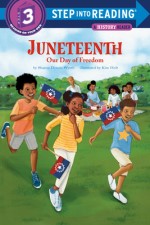 JUNETEENTH: OUT DAY OF FREEDOM by Sharon Dennis Wyeth

On June 19, 1865, two years after the Emancipation Proclamation, a group of enslaved men, women, and children in Texas gathered. Order Number 3 was read, proclaiming that they were no longer enslaved–they were free. People danced, wept tears of joy, and began to plan their new lives. Juneteenth became an annual celebration that is observed by more and more Americans with parades, picnics, family gatherings, and reflection on the words of historical figures, to mark the day when freedom truly rang for all. 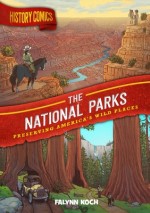 In this volume, turn back the clock to 1872, when Congress established Yellowstone National Park as an area of unspoiled beauty for the “benefit and enjoyment of the people.” Meet the visionaries, artists, and lovers of the American wilderness who fought against corruption and self-interest to carve out and protect these spaces for future generations. See for yourself how the idea of National Parks began, how they’ve changed, and how they continue to define America. 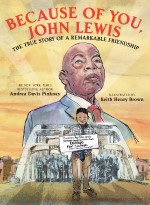 BECAUSE OF YOU, JOHN LEWIS by Andrea Davis Pinkney

Ten-year-old Tybre Faw is obsessed with history and the civil rights movement, and he devours every book he can find on the subject. When he learns of Congressman John Lewis’s harrowing and heroic march across the Edmund Pettus Bridge in the fight for the right to vote, Tybre is determined to meet him.

Tybre’s two grandmothers take him on the seven-hour drive to Selma. And as the two meet and become fast friends, Tybre joins Lewis for the annual walk across the Edmund Pettus Bridge!

When John Lewis is laid to rest, Tybre is invited to read Lewis’s favorite poem, “Invictus,” at the funeral service. Pinkney weaves this story of a boy with a dream–with the story of a true-life hero (who himself was inspired by Martin Luther King when he was a boy). Both John Lewis and Martin Luther King, Jr. have left indelible marks on future generations. Will Tybre be next to carry the mantle? 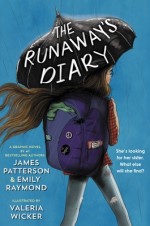 THE RUNAWAY’S DIARY by James Patterson

I’m running away. Not to a place—to a person.

Eleanor is happiest when she’s left alone to dream up elaborate stories. Sam is polished, fun, and popular. Still, the sisters have always been there for each other—until everything changed.

Now Sam is somewhere in Seattle, and Eleanor runs after her. Nothing is easy in the big, unforgiving city. As Eleanor faces new setbacks, she also makes new friends and tells new stories. Eleanor can rewrite her life in so many ways . . . but can she make a happy ending her reality? 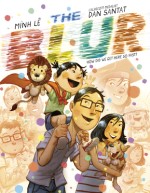 THE BLUR by Minh Lê

From the very beginning, there was something different about this child… An ultrasonic voice. Fantastically elastic limbs. Super-magnetic powers. But it wasn’t until the child took her first steps that she became: THE BLUR!

Nothing can stand in her way as she takes the world by storm: always on the move and darting into danger! All too soon, she is zipping through the days, and zooming over the years…
Framed as an origin story, here is a fun superhero romp for kids, filled with bold and bright illustrations, that will pull at the hearstrings of every parent. 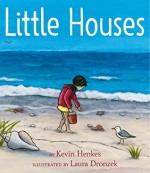 When a young girl visits her grandparents at the beach, she stays in a little house and walks along the shore gathering seashells–which were once little houses of their own. As she wanders the beach, she wonders about the creatures who used to live in each shell, about the hidden treasures of the sea, and about the mysteries of the world.

Kevin Henkes’s text features striking imagery, depth of emotion, and a lovely multigenerational relationship. He deftly captures the feeling of wonder and imagination that is fostered by a trip to the shore. Laura Dronzek’s lush, saturated paintings make this book a true treasure for parents and children, and a must-have for the classroom.