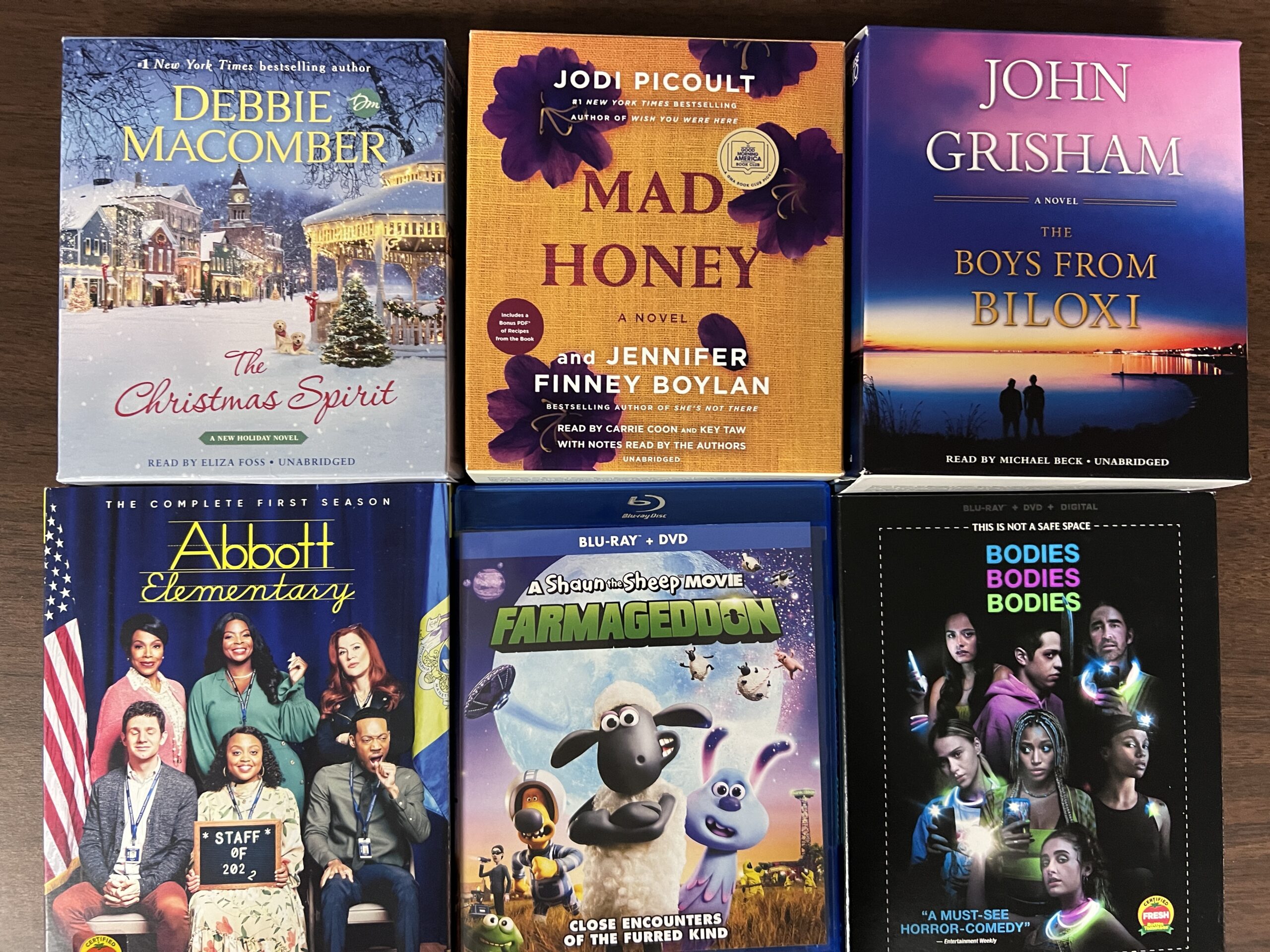 THE CHRISTMAS SPIRIT by Debbie Macomber

Peter Armstrong, a pastor, and Hank Colfax, a bartender, are lifelong friends who, on a whim, decide to switch jobs for the week before Christmas. As Peter and Hank begin to see each other’s lives in a new light, and each discovers a new love to cherish, their lives are forever changed.

Olivia McAfee left her husband and moved with her son, Asher, to a small town. When tragedy occurs and Asher becomes a suspect, Olivia must face whether he is revealing the same dark side as his father.

THE BOYS FROM BILOXI by John Grisham

Keith Rudy and Hugh Malco grew up in Biloxi in the 1960s and were childhood friends. But as teenagers, their lives took them in different directions. Keith’s father became a legendary prosecutor, and Hugh’s father became the “Boss” of Biloxi’s criminal underground. Keith went to law school and followed in his father’s footsteps. Hugh preferred the nightlife and worked in his father’s clubs. The two families were headed for a showdown, one that would happen in a courtroom.

In this workplace comedy from writer/executive producer/star Quinta Brunson and executive producers Justin Halpern & Patrick Schumacker, a group of teachers is brought together in a Philadelphia public school, because they love teaching. Though outnumbered and underfunded, they love what they do even if they don’t love the school district’s less-than-stellar attitude toward educating children.

When an alien with amazing powers crash-lands near Mossy Bottom Farm, Shaun the Sheep goes on a mission to shepherd the intergalactic visitor home before a sinister organization can capture her.
DVD

When a group of rich twenty-somethings plan a hurricane party at an isolated family mansion, a party game turns deadly in this fresh and funny look at backstabbing, fake friends, and one party gone very, very wrong.