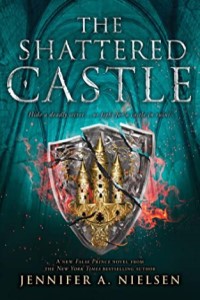 School is in session, and we can help you meet those reading goals with some great new YA titles! If you see something that interests you, give us a call or visit the catalog to put one on hold!

SHATTERED CASTLE by Jennifer A. Nielson

King Jaron has outwitted the Prozarians and returned to his own kingdom with one secret in his pocket that not even his friends know about. He’s hoping that secret will help him finally bring stability to Carthya.

But a surprise attack on his own land — on the castle itself — reminds Jaron that nothing is easy. The Prozarian Monarch threatens to crumble Jaron’s entire kingdom. And that’s not the only thing in danger: With old enemies and new rumors circling around him, even Jaron’s relationship with Imogen is uncertain.

This former False Prince will need his best tricks and many allies at his side to hold Carthya together.

In a series of personal essays, prominent journalist and LGBTQIA+ activist George M. Johnson explores his childhood, adolescence, and college years in New Jersey and Virginia. From the memories of getting his teeth kicked out by bullies at age five, to flea marketing with his loving grandmother, to his first sexual relationships, this young-adult memoir weaves together the trials and triumphs faced by Black queer boys.

Both a primer for teens eager to be allies as well as a reassuring testimony for young queer men of color, All Boys Aren’t Blue covers topics such as gender identity, toxic masculinity, brotherhood, family, structural marginalization, consent, and Black joy. Johnson’s emotionally frank style of writing will appeal directly to young adults. 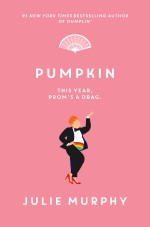 Waylon Russell Brewer is a fat, openly gay boy stuck in the small West Texas town of Clover City. His plan is to bide his time until he can graduate, move to Austin with his twin sister, Clementine, and finally go Full Waylon, so that he can live his Julie-the-hills-are-alive-with-the-sound-of-music-Andrews truth.

So when Clementine deviates from their master plan right after Waylon gets dumped, he throws caution to the wind and creates an audition tape for his favorite TV drag show, Fiercest of Them All. What he doesn’t count on is the tape accidentally getting shared with the entire school. . . . As a result, Waylon is nominated for prom queen as a joke. Clem’s girlfriend, Hannah Perez, also receives a joke nomination for prom king.

Waylon and Hannah decide there’s only one thing to do: run—and leave high school with a bang. A very glittery bang. Along the way, Waylon discovers that there is a lot more to running for prom court than campaign posters and plastic crowns, especially when he has to spend so much time with the very cute and infuriating prom king nominee Tucker Watson.

Welcome to Renaissance France, a place of poison and plots, of beauties and beasts, of mice and . . . queens?⠀

Mary is the queen of Scotland and the jewel of the French court. Except when she’s a mouse. Yes, reader, Mary is an Eðian (shapeshifter) in a kingdom where Verities rule. It’s a secret that could cost her a head—or a tail.⠀

Luckily, Mary has a confidant in her betrothed, Francis. But after the king meets a suspicious end, things at the gilded court take a treacherous turn. Thrust onto the throne, Mary and Francis are forced to navigate a viper’s nest of conspiracies, traps, and treason. And if Mary’s secret is revealed, heads are bound to roll. 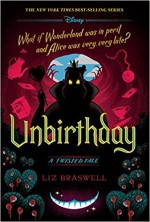 Alice is different than other eighteen-year-old ladies in Kexford, which is perfectly fine with her. She’d rather spend golden afternoons with her trusty camera or in her aunt Vivian’s lively salon, ignoring her sister’s wishes that she stop all that “nonsense” and become a “respectable” member of society. Alice is happy to meander to Miss. Yao’s teashop or to visit the children playing in the Square. She’s also interested in learning more about the young lawyer she met there, but just because she’s curious, of course, not because he was sweet and charming.

But when Alice develops photographs she has recently taken about town, familiar faces of old suddenly appear in the place of her actual subjects-the Queen of Hearts, the Mad Hatter, the Caterpillar. There’s something eerily off about them, even for Wonderland creatures. And as Alice develops a self-portrait, she finds the most disturbing image of all-a badly-injured dark-haired girl asking for Alice’s help. Mary Ann.

Returning to the place of nonsense from her childhood, Alice finds herself on a mission to stop the Queen of Hearts’ tyrannical rule and to find her place in both worlds. But will she able to do so… before the End of Time? 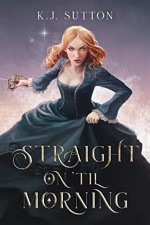 STRAIGHT ON ‘TIL MORNING by K.J. Sutton

Wendy Davenport can’t dodge the bank much longer, and her family’s dire circumstances aren’t improving. She knows change is on the horizon. It soon comes in the form of Peter, whose name is whispered in the streets by friends and enemies alike. They call him a wish granter. A miracle worker. A demon.

One of those enemies sees an opportunity. Lady Julie Bainbridge, a wealthy woman who knows the truth about the Davenport household. She presents Wendy with a choice—kill Peter and get paid handsomely for her troubles, or all of London will know about her family’s ruin.

With no other alternative, Wendy journeys to Neverland with the intention of ending Peter’s life. A task that may prove even more difficult as her attraction to him continues to grow.

Will Wendy be able to strike when it matters most, or will the magic of Neverland—and the boy who holds its heart—jeopardize all she holds dear?