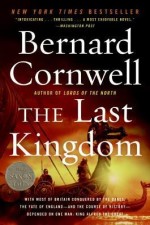 THE LAST KINGDOM by Bernard Cornwell

This is the story of the making of England in the 9th and 10th centuries, the years in which King Alfred the Great, his son and grandson defeated the Danish Vikings who had invaded and occupied three of England’s four kingdoms.

The story is seen through the eyes of Uhtred, a dispossessed nobleman, who is captured as a child by the Danes and then raised by them so that, by the time the Northmen begin their assault on Wessex (Alfred’s kingdom and the last territory in English hands) Uhtred almost thinks of himself as a Dane. He certainly has no love for Alfred, whom he considers a pious weakling and no match for Viking savagery, yet when Alfred unexpectedly defeats the Danes and the Danes themselves turn on Uhtred, he is finally forced to choose sides. By now he is a young man, in love, trained to fight and ready to take his place in the dreaded shield wall. Above all, though, he wishes to recover his father’s land, the enchanting fort of Bebbanburg by the wild northern sea. 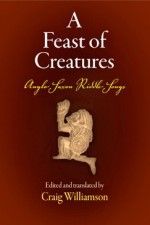 A FEAST OF CREATURES: ANGLO-SAXON RIDDLE-SONGS edited by Craig Williamson

In “A Feast of Creatures,” Craig Williamson recasts nearly one hundred Old English riddles of the Exeter Book into a modern verse mode that yokes the cadences of Aelfric with the sprung rhythm of Gerard Manley Hopkins. Like the early English riddlers before him, Williamson gives voice to the nightingale, plow, ox, phallic onion, and storm-wind. In lean and taut language he offers us mead disguised as a mighty wrestler, the sword as a celibate thane, the silver wine-cup as a seductress, the horn transformed from head-warrior to ink-belly or battle-singer. In his notes and commentary he gives us possible and probable solutions, sources, and analogues, a shrewd sense of literary play, and traces the literary and cultural contexts in which each riddle may be viewed. In his introduction, Williamson traces for us the history of riddles and riddle scholarship. 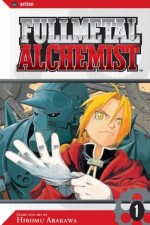 Breaking the laws of nature is a serious crime!

In an alchemical ritual gone wrong, Edward Elric lost his arm and his leg, and his brother Alphonse became nothing but a soul in a suit of armor. Equipped with mechanical “auto-mail” limbs, Edward becomes a state alchemist, seeking the one thing that can restore his and his brother’s bodies…the legendary Philosopher’s Stone.

Alchemy: the mystical power to alter the natural world; something between magic, art and science. When two brothers, Edward and Alphonse Elric, dabbled in this power to grant their dearest wish, one of them lost an arm and a leg…and the other became nothing but a soul locked into a body of living steel. Now Edward is an agent of the government, a slave of the military-alchemical complex, using his unique powers to obey orders…even to kill. Except his powers aren’t unique. The world has been ravaged by the abuse of alchemy. And in pursuit of the ultimate alchemical treasure, the Philosopher’s Stone, their enemies are even more ruthless than they are… 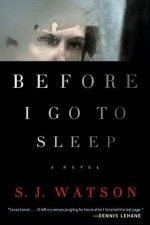 BEFORE I GO TO SLEEP by S.J. Watson

Christine wakes up every morning in an unfamiliar bed with an unfamiliar man. She looks in the mirror and sees an unfamiliar, middle-aged face. And every morning, the man she has woken up with must explain that he is Ben, he is her husband, she is forty-seven years old, and a terrible accident two decades earlier decimated her ability to form new memories.

Every day, Christine must begin again the reconstruction of her past. And the closer she gets to the truth, the more unbelievable it seems. 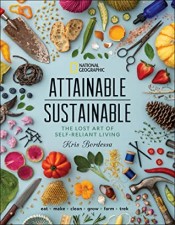 Whether you live in a city, suburb, or the country, this essential guide for the backyard homesteader will help you achieve a homespun life–from starting your own garden and pickling the food you grow to pressing wildflowers, baking sourdough loaves, quilting, raising chickens, and creating your own natural cleaning supplies. In these beautifully illustrated pages, Kris Bordessa offers DIY lovers an indispensable home reference for sustainability in the 21st century, using tried-and-true advice, 50 enticing recipes, and step-by-step directions for creating fun, cost-efficient projects that will bring out your inner pioneer. Filled with 340 color photographs, this relatable, comprehensive book contains time honored-wisdom and modern know-how for getting back to basics in a beautiful, accessible package.

July’s staff picks come from Payton, a reference librarian and our volunteer coordinator. All book descriptions are courtesy of the publisher.