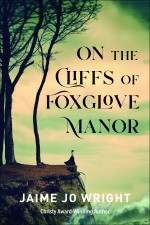 ON THE CLIFFS OF FOXGLOVE MANOR by Jaime Jo Wright

1855. Adria Fontaine has been sent to recover goods her father pirated on the Great Lakes during the war. But when she arrives at Foxglove Manor — a stone house on a cliff overlooking Lake Superior — Adria senses wickedness hovering over the property. The mistress of Foxglove is an eccentric and seemingly cruel old woman who has filled her house with dangerous secrets, ones that may cost Adria her life.

Present day. Kailey Gibson is a new nurse’s aide at a senior home in a renovated old stone manor. Kidnapped as a child, she has nothing but locked-up memories of secrets and death, overshadowed by the chilling promise from her abductors that they would return. When the residents of Foxglove start sharing stories of whispers in the night, hidden treasure, and a love willing to kill, it becomes clear this home is far from a haven. She’ll have to risk it all to banish the past’s deamons, including her own. 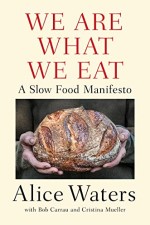 WE ARE WHAT WE EAT: A SLOW FOOD MANIFESTO by Alice Waters

In We Are What We Eat, Alice Waters urges us to take up the mantle of slow food culture, the philosophy at the core of her life’s work. When Waters first opened Chez Panisse in 1971, she did so with the intention of feeding people good food during a time of political turmoil. Customers responded to the locally sourced organic ingredients, to the dishes made by hand, and to the welcoming hospitality that infused the small space — human qualities that were disappearing from a country increasingly seduced by takeout, frozen dinners, and prepackaged ingredients. Waters came to see that the phenomenon of fast food culture, which prioritized cheapness, availability, and speed, was not only ruining our health, but also dehumanizing the ways we live and relate to one another.

Over years of working with regional farmers, Waters and her partners learned how geography and seasonal fluctuations affect the ingredients on the menu, as well as about the dangers of pesticides, the plight of fieldworkers, and the social, economic, and environmental threats posed by industrial farming and food distribution. So many of the serious problems we face in the world today — from illness, to social unrest, to economic disparity, and environmental degradation — are all, at their core, connected to food. Fortunately, there is an antidote. Waters argues that by eating in a “slow food way,” each of us — like the community around her restaurant — can be empowered to prioritize and nurture a different kind of culture, one that champions values such as biodiversity, seasonality, stewardship, and pleasure in work. 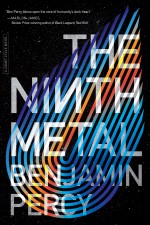 THE NINTH METAL by Benjamin Percy

It began with a comet… At first, people gazed in wonder at the radiant tear in the sky. A year later, the celestial marvel became a planetary crisis when Earth spun through the comet’s debris field and the sky rained fire.

The town of Northfall, Minnesota will never be the same. Meteors cratered hardwood forests and annihilated homes, and among the wreckage a new metal was discovered. This “omnimetal” has properties that make it world-changing as an energy source… and as a weapon.

John Frontier — the troubled scion of an iron-ore dynasty in Northfall — returns for his sister’s wedding to find his family embroiled in a cutthroat war to control mineral rights and mining operations. His father rightly suspects foreign leaders and competing corporations of sabotage, but the greatest threat to his legacy might be the U.S. government. 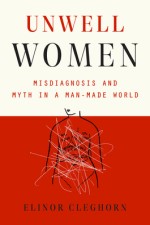 UNWELL WOMEN: MISDIAGNOSIS AND MYTH IN A MAN-MADE WORLD by Elinor Cleghorn

Elinor Cleghorn became an unwell woman ten years ago. She was diagnosed with an autoimmune disease after a long period of being told her symptoms were anything from psychosomatic to a possible pregnancy. As Elinor learned to live with her unpredictable disease, she turned to history for answers, and found an enraging legacy of suffering, mystification, and misdiagnosis.

In Unwell Women, Elinor Cleghorn traces the almost unbelievable history of how medicine has failed women by treating their bodies as alien and other, often to perilous effect. The result is an authoritative and groundbreaking exploration of the relationship between women and medical practice, from the wandering womb of Ancient Greece to the rise of witch trials across Europe, and from the dawn of hysteria as a catchall for difficult-to-diagnose disorders to the first forays into autoimmunity and the shifting understanding of hormones, menstruation, menopause, and conditions like endometriosis. 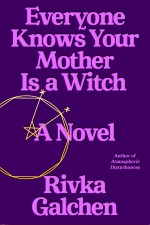 EVERYONE KNOWS YOUR MOTHER IS A WITCH by Rivka Galchen

The story begins in 1618, in the German duchy of Württemberg. Plague is spreading. The Thirty Years’ War has begun, and fear and suspicion are in the air throughout the Holy Roman Empire. In the small town of Leonberg, Katharina Kepler is accused of being a witch.

Katharina is an illiterate widow, known by her neighbors for her herbal remedies and the success of her children, including her eldest, Johannes, who is the Imperial Mathematician and renowned author of the laws of planetary motion. It’s enough to make anyone jealous, and Katharina has done herself no favors by being out and about in everyone’s business.

So when the deranged and insipid Ursula Reinbold (or as Katharina calls her, the Werewolf) accuses Katharina of offering her a bitter, witchy drink that has made her ill, Katharina is in trouble. Her scientist son must turn his attention from the music of the spheres to the job of defending his mother. Facing the threat of financial ruin, torture, and even execution, Katharina tells her side of the story to her friend and next-door neighbor Simon, a reclusive widower imperiled by his own secrets. 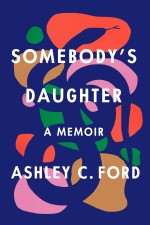 For as long as she could remember, Ashley has put her father on a pedestal. Despite having only vague memories of seeing him face-to-face, she believes he’s the only person in the entire world who understands her. She thinks she understands him too. He’s sensitive like her, an artist, and maybe even just as afraid of the dark. She’s certain one day they’ll be reunited again, and she’ll finally feel complete. There are just a few problems: he’s in prison, and she doesn’t know what he did to end up there.

Through poverty, puberty, and a fraught relationship with her mother, Ashley returns to her image of her father for hope and encouragement. She doesn’t know how to deal with the incessant worries that keep her up at night, or how to handle the changes in her body that draw unwanted attention from men. In her search for unconditional love, Ashley begins dating a boy her mother hates; when the relationship turns sour, he assaults her. Still reeling from the assault, which she keeps secret from her family, Ashley finally finds out why her father is in prison. And that’s where the story really begins. 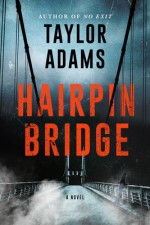 Three months ago, Lena Nguyen’s estranged twin sister, Cambry, drove to a remote bridge sixty miles outside of Missoula, Montana, and jumped two hundred feet to her death. At least, that is the official police version — but Lena isn’t buying it.

Now she’s come to that very bridge, driving her dead twin’s car and armed with a cassette recorder, determined to find out what really happened by interviewing the highway patrolman who allegedly discovered her sister’s body. Corporal Raymond Raycevic has agreed to meet Lena at the scene. He is sympathetic, forthright, and professional. But his story doesn’t seem to add up. Lena will do anything to uncover the truth. But as her twin’s final hours come into focus, Lena’s search turns into a harrowing, tooth-and-nail fight for her own survival — one that will test everything she thought she knew about her sister and herself. 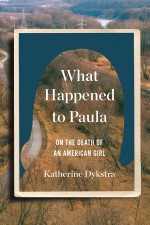 WHAT HAPPENED TO PAULA: ON THE DEATH OF AN AMERICAN GIRL by Katherine Dykstra

In July 1970, eighteen-year-old Paula Oberbroeckling left her house in Cedar Rapids, Iowa, and never returned. A cold case for fifty years, Paula’s story had been largely forgotten when Katherine Dykstra began looking for answers. A woman was dead. Why had no one been held responsible? How could a community give up and move on? Could there ever be justice for Paula?

Tracing the knowns and unknowns, Dykstra discovers a girl who was hemmed in by the culture of the late 1960s, when women’s rights had been brought to the fore but had little practical bearing on actual lives. The more she learns about Paula, the more parallels Dykstra finds in the lives of the women who knew Paula, the lives of the women in her own family, and even in her own life.