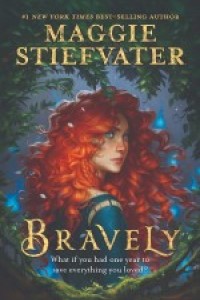 Staying inside to beat the heat? Grab a book to read! If you see something that interests you, give us a call or visit the catalog to put one on hold!

ONE PRINCESS. Merida of DunBroch needs a change. She loves her family—jovial King Fergus, proper Queen Elinor, the mischievous triplets— and her peaceful kingdom. But she’s frustrated by its sluggishness; each day, the same. Merida longs for adventure, purpose, challenge – maybe even, someday, love.

TWO GODS. But the fiery Princess never expects her disquiet to manifest by way of Feradach, an uncanny supernatural being tasked with rooting out rot and stagnation, who appears in DunBroch on Christmas Eve with the intent to demolish the realm – and everyone within. Only the intervention of the Cailleach, an ancient entity of creation, gives Merida a shred of hope: convince her family to change within the year – or suffer the eternal consequences.

THREE VOYAGES. Under the watchful eyes of the gods, Merida leads a series of epic journeys to kingdoms near and far in an attempt to inspire revolution within her family. But in her efforts to save those she loves from ruin, has Merida lost sight of the Clan member grown most stagnant of all – herself?

FOUR SEASONS TO SAVE DUNBROCH – OR SEE IT DESTROYED, FOREVER. 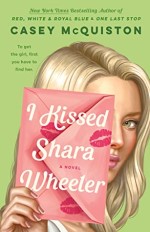 Chloe Green is so close to winning. After her moms moved her from SoCal to Alabama for high school, she’s spent the past four years dodging gossipy classmates and a puritanical administration at Willowgrove Christian Academy. The thing that’s kept her going: winning valedictorian. Her only rival: prom queen Shara Wheeler, the principal’s perfect progeny.

But a month before graduation, Shara kisses Chloe and vanishes.

On a furious hunt for answers, Chloe discovers she’s not the only one Shara kissed. There’s also Smith, Shara’s longtime quarterback sweetheart, and Rory, Shara’s bad boy neighbor with a crush. The three have nothing in common except Shara and the annoyingly cryptic notes she left behind, but together they must untangle Shara’s trail of clues and find her. It’ll be worth it, if Chloe can drag Shara back before graduation to beat her fair-and-square.

Thrown into an unlikely alliance, chasing a ghost through parties, break-ins, puzzles, and secrets revealed on monogrammed stationery, Chloe starts to suspect there might be more to this small town than she thought. And maybe—probably not, but maybe—more to Shara, too. 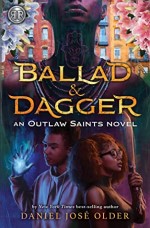 While the rest of his tight-knit Brooklyn diaspora community dreams of someday finding a way back home, Mateo–now a high school junior and piano prodigy living with his two aunts (one who’s alive, the other not so much)–is focused on one thing: getting the attention of locally-grown musical legend Gerval. Mateo finally gets his chance on the night of the Grand Fete, an annual party celebrating the blended culture of pirates, Cuban Santeros, and Sephardic Jews that created San Madrigal all those centuries ago.

But the evil that sank their island has finally caught up with them, and on the night of the celebration, Mateo’s life is forever changed when he witnesses a brutal murder by a person he thought he knew.

Suddenly Mateo is thrust into an ancient battle that spans years and oceans. Deadly secrets are unraveled and Mateo awakens a power within himself–a power that not only links him to the killer but could also hold the key to unlocking the dark mystery behind his lost homeland. 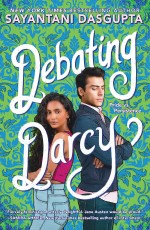 It is a truth universally acknowledged that Leela Bose plays to win.

A life-long speech competitor, Leela loves nothing more than crushing the competition, all while wearing a smile. But when she meets the incorrigible Firoze Darcy, a debater from an elitist private school, Leela can’t stand him. Unfortunately, he’ll be competing in the state league, so their paths are set to collide.

But why attempt to tolerate Firoze when Leela can one-up him? The situation is more complicated than Leela anticipated, though, and her participation in the tournament reveals that she might have tragically misjudged the debaters — including Firoze Darcy — and more than just her own winning streak is at stake…her heart is, too. 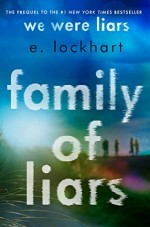 FAMILY OF LIARS by E. Lockhart

A windswept private island off the coast of Massachusetts.
A hungry ocean, churning with secrets and sorrow.
A fiery, addicted heiress. An irresistible, unpredictable boy.
A summer of unforgivable betrayal and terrible mistakes.

Welcome back to the Sinclair family.
They were always liars.