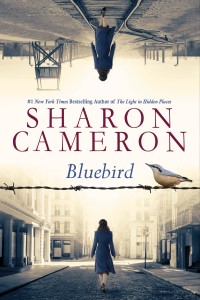 In 1946, Eva leaves behind the rubble of Berlin for the streets of New York City, stepping from the fiery aftermath of one war into another, far colder one, where power is more important than principles, and lies are more plentiful than the truth. Eva holds the key to a deadly secret: Project Bluebird — a horrific experiment of the concentration camps, capable of tipping the balance of world power. Both the Americans and the Soviets want Bluebird, and it is something that neither should ever be allowed to possess. 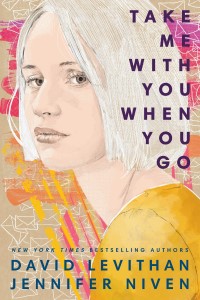 Ezra Ahern wakes up one day to find his older sister, Bea, gone. No note, no sign, nothing but an email address hidden somewhere only he would find it. Ezra never expected to be left behind with their abusive stepfather and their neglectful mother – how is he supposed to navigate life without Bea?

Bea Ahern already knew she needed to get as far away from home as possible. But a message in her inbox changes everything, and she finds herself alone in a new city – without Ez, without a real plan – chasing someone who might not even want to be found.

As things unravel at home for Ezra, Bea confronts secrets about their past that will forever change the way they think about their family. Together and apart, broken by abuse but connected by love, this brother and sister must learn to trust themselves before they can find a way back to each other. 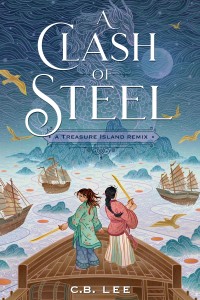 A CLASH OF STEEL: A TREASURE ISLAND REMIX by C.B. Lee

1826. The sun is setting on the golden age of piracy, and the legendary Dragon Fleet, the scourge of the South China Sea, is no more. Its ruthless leader, a woman known only as the Head of the Dragon, is now only a story, like the ones Xiang has grown up with all her life. She desperately wants to prove her worth, especially to her mother, a shrewd businesswoman who never seems to have enough time for Xiang. Her father is also only a story, dead at sea before Xiang was born. Her single memento of him is a pendant she always wears, a simple but plain piece of gold jewelry.

But the pendant’s true nature is revealed when a mysterious girl named Anh steals it, only to return it to Xiang in exchange for her help in decoding the tiny map scroll hidden inside. The revelation that Xiang’s father sailed with the Dragon Fleet and tucked away this secret changes everything. Rumor has it that the legendary Head of the Dragon had one last treasure—the plunder of a thousand ports—that for decades has only been a myth, a fool’s journey.

Xiang is convinced this map could lead to the fabled treasure. Captivated with the thrill of adventure, she joins Anh and her motley crew off in pursuit of the island. But the girls soon find that the sea—and especially those who sail it—are far more dangerous than the legends led them to believe. 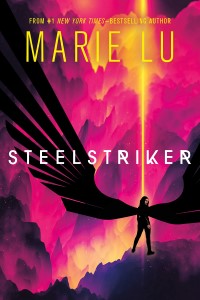 As a Striker, Talin was taught loyalty is life. Loyalty to the Shield who watches your back, to the Strikers who risk their lives on the battlefield, and most of all, to Mara, which was once the last nation free from the Karensa Federation’s tyranny. But Mara has fallen. And its destruction has unleashed Talin’s worst nightmare.

With her friends scattered by combat and her mother held captive by the Premier, Talin is forced to betray her fellow Strikers and her adopted homeland. She has no choice but to become the Federation’s most deadly war machine as their newest Skyhunter.

Red is no stranger to the cruelty of the Federation or the torture within its Skyhunter labs, but he knows this isn’t the end for Mara – or Talin. The link between them may be weak, but it could be Talin and Red’s only hope to salvage their past and safeguard their future.

While the fate of a broken world hangs in the balance, Talin and Red must reunite the Strikers and find their way back to each other in this smoldering sequel to Marie Lu’s Skyhunter.

SO MANY BEGINNINGS: A LITTLE WOMEN REMIX by Bethany C. Morrow

North Carolina, 1863. As the American Civil War rages on, the Freedmen’s Colony of Roanoke Island is blossoming, a haven for the recently emancipated. Black people have begun building a community of their own, a refuge from the shadow of the old life. It is where the March family has finally been able to safely put down roots with four young daughters:

Meg, a teacher who longs to find love and start a family of her own. Jo, a writer whose words are too powerful to be contained. Beth, a talented seamstress searching for a higher purpose. Amy, a dancer eager to explore life outside her family’s home.

As the four March sisters come into their own as independent young women, they will face first love, health struggles, heartbreak, and new horizons. But they will face it all together. 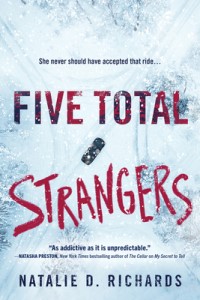 When Mira flies home to spend Christmas with her mother in Pittsburgh, a record-breaking blizzard results in a cancelled layover. Desperate to get to her grief-ridden mother in the wake of a family death, Mira hitches a ride with a group of friendly college kids who were on her initial flight.

As the drive progresses and weather conditions become more treacherous, Mira realizes that the four other passengers she’s stuck in the car with don’t actually know one another.

Soon, they’re not just dealing with heavy snowfall and ice-slick roads, but the fact that somebody will stop at nothing to ensure their trip ends in a deadly disaster. 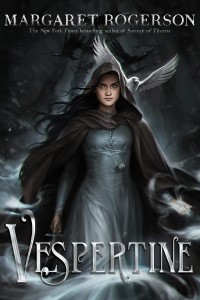 The dead of Loraille do not rest. Artemisia is training to be a Gray Sister, a nun who cleanses the bodies of the deceased so that their souls can pass on; otherwise, they will rise as spirits with a ravenous hunger for the living. She would rather deal with the dead than the living, who trade whispers about her scarred hands and troubled past.

When her convent is attacked by possessed soldiers, Artemisia defends it by awakening an ancient spirit bound to a saint’s relic. It is a revenant, a malevolent being that threatens to possess her the moment she drops her guard. Wielding its extraordinary power almost consumes her—but death has come to Loraille, and only a vespertine, a priestess trained to wield a high relic, has any chance of stopping it. With all knowledge of vespertines lost to time, Artemisia turns to the last remaining expert for help: the revenant itself.

As she unravels a sinister mystery of saints, secrets, and dark magic, her bond with the revenant grows. And when a hidden evil begins to surface, she discovers that facing this enemy might require her to betray everything she has been taught to believe—if the revenant doesn’t betray her first.