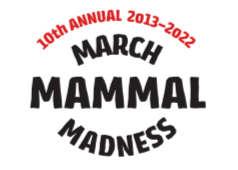 Spring is in sight, so that must mean it’s time for March Mammal Madness!

Inspired by (but not associated with) the college basketball tournament, MMM is a tournament of simulated combat encounters run by Dr. Katie Hinde at Arizona State University. Now in its tenth year, MMM is a fantastically fun learning opportunity, and is reaching almost half a million learners in classrooms and libraries across the country. Participants learn about zoology, ecology, and conservation, in addition to getting those sweet, sweet bragging rights if their contestant wins.

MMM is a series of virtual ‘battles’ between animal contestants, most of whom are mammals. Last year’s winner was Red Kangaroo, who held off Harpy Eagle to win the title. Scientists estimate which animal will win based on the animals’ weaponry, temperament, armor, motivation, and other factors. These estimates lead to the official results, which are determined by a random number generator, so upsets are unlikely, but possible. …that still doesn’t mean you should pick a bat over a bear, though. Biologists and scientists then write narrative encounters to match the results, using scientific data and taking into account events that happen earlier in the tournament. Just like with human games, injuries and ailments can carry over and affect a contestant’s performance later on. Encounters between wild animals aren’t always violent, and contestants can back down or run away.

MMM is open to animal lovers of all ages! Brackets and instructions can be downloaded here or picked up from the Children’s Room. They need to be turned back into the Children’s Room or emailed in photo form to children@galesburglibrary.org by 5 pm on March 14. That’s the night of the Wild Card match up (Battle of the Bats!). Battles will take place in real time over Twitter, with morning after updates available on Facebook and Twitter, and weekly email updates provided to those who put their address on their bracket. The championship will take place on April 6. Points are awarded for correctly selecting the winner of each match, and the participant with the highest point total at the end of the competition will win a a $5 gift card to Wordsmith Books. We’ll also enter all participants into a raffle for another $5 Wordsmith Books gift card. 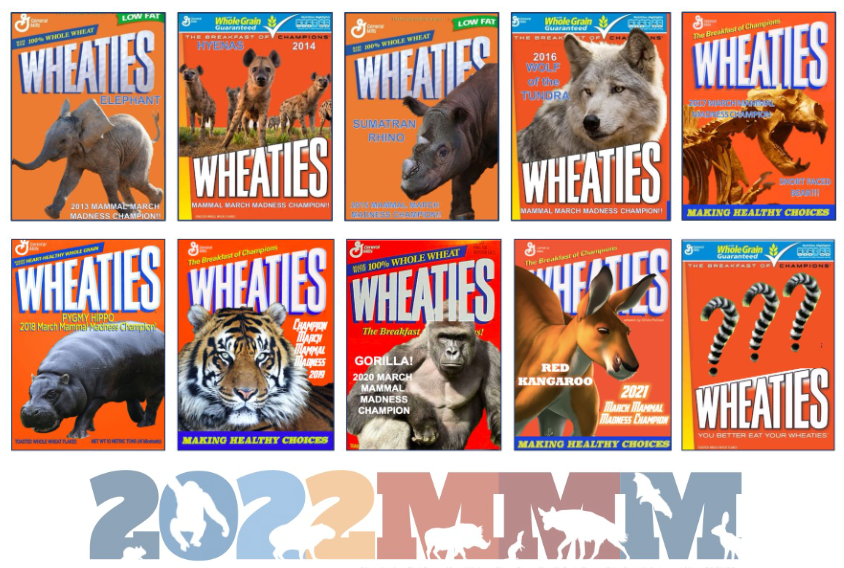