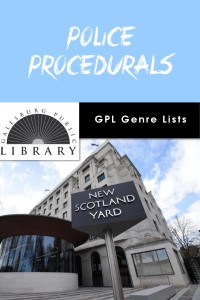 Need some help choosing your next book to read? We’ve put together some lists of popular titles in different genres to help you pick! Each Wednesday we’ll highlight a new genre list. If you’re looking for something different, visit the Readers Advisory page for more help! This week, we’re highlighting the Police Procedurals genre list. 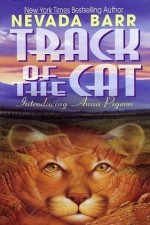 TRACK OF THE CAT | ANNA PIGEON #1 by Nevada Barr

Anna Pigeon has fled New York and her memories to find work as a ranger in the country’s national parks. In the remote backcountry of West Texas, however, she discovers murder and violence. Fellow park ranger Sheila Drury is mysteriously killed, presumably by a mountain lion. But the deep claw marks Anna finds across Drury’s throat and the paw prints surrounding the body are too perfect to be real. 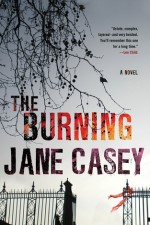 The Burning Man. It’s the name the media has given a brutal murderer who has beaten four young women to death before setting their bodies ablaze in secluded areas of London’s parks. And now there’s a fifth.

Maeve Kerrigan is an ambitious detective constable, keen to make her mark on the murder task force. Her male colleagues believe Maeve’s empathy makes her weak, but the more she learns about the latest victim, Rebecca Haworth, from her grieving friends and family, the more determined Maeve becomes to bring her murderer to justice. But how do you catch a killer no one has seen when so much of the evidence has gone up in smoke? 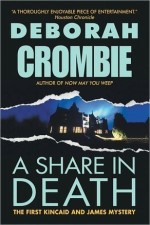 A week’s holiday in a luxurious Yorkshire time-share is just what Scotland Yard’s Superintendent Duncan Kincaid needs. But the discovery of a body floating in the whirlpool bath ends Kincaid’s vacation before it’s begun. One of his new acquaintances at Followdale House is dead; another is a killer. Despite a distinct lack of cooperation from the local constabulary, Kincaid’s keen sense of duty won’t allow him to ignore the heinous crime, impelling him to send for his enthusiastic young assistant, Sergeant Gemma James. But the stakes are raised dramatically when a second murder occurs, and Kincaid and James find themselves in a determined hunt for a fiendish felon who enjoys homicide a bit too much. 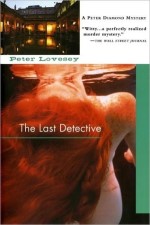 A woman floats dead in a large reservoir lake south of Bristol. To solve the “Lady of the Lake” mystery, and save a woman unjustly accused, Sussex Detective Superintendent Peter Diamond must find two missing letters attributed to Jane Austen, and defy his superiors. 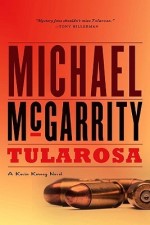 It’s been two years since an on-the-job shooting forced ex-Santa Fe chief of detectives Kevin Kerney to retire. He is drawn back into action when Terry Yazzi, his former partner and the man responsible for his wounds, pleads for Kerney’s help. Yazzi’s son, a soldier, has disappeared in the barren desert surrounding the White Sands Missile Range.

Kerney’s investigation resurrects the long-forgotten thrill of the hunt—and other emotions surface after meeting the tough-but-beautiful Capt. Sara Brannon, the Army’s investigating officer. Together, they uncover a crime far greater than an AWOL soldier: a conspiracy of death that snakes from the secretive world of military operations, to the cutthroat alleys of a Mexican border town, leading them to a final, shocking revelation that may cost them both their lives… 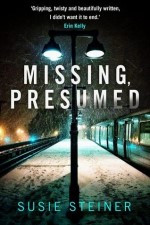 Mid-December, and Cambridgeshire is blanketed with snow. Detective Sergeant Manon Bradshaw tries to sleep after yet another soul-destroying Internet date – the low murmuring of her police radio her only solace.

Over the airwaves come reports of a missing woman – door ajar, keys and phone left behind, a spatter of blood on the kitchen floor. Manon knows the first 72 hours are critical: you find her, or you look for a body. And as soon as she sees a picture of Edith Hind, a Cambridge post-graduate from a well-connected family, she knows this case will be big.

Is Edith alive or dead? Was her ‘complex love life’ at the heart of her disappearance, as a senior officer tells the increasingly hungry press? And when a body is found, is it the end or only the beginning?

View more from the Police Procedurals genre list, or see other genre lists we have available.