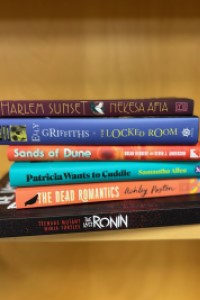 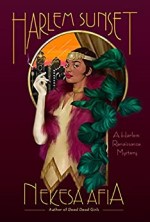 With the horrors of the summer and the Girl Killer behind her, Louise Lloyd is eager to usher in her 28th year with her girlfriend and best friend by her side.

When Nora Davies, one of the girls Louise was kidnapped with, reintroduces herself, Louise is wary to connect. By the next morning, Nora will be dead, Rosa Maria Moreno covered in her blood, and no one can remember what happened.

With Rosa Maria’s freedom on the line, Louise must get to the bottom of Nora’s death before time runs out. 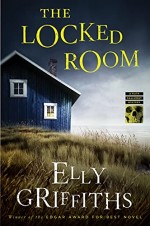 THE LOCKED ROOM by Elly Griffiths

Ruth and Nelson are on the hunt for a murderer when Covid-19 rears its ugly head. But can they find the killer despite lockdown?

Ruth is in London clearing out her mother’s belongings when she makes a surprising discovery: a photograph of her Norfolk cottage taken before Ruth lived there. Her mother always hated the cottage, so why does she have a picture of the place? As she died three years ago, Ruth can’t exactly ask her, and her father denies all knowledge of the picture. The only clue is written on the back of the photo: Dawn, 1969.

Ruth returns to Norfolk determined to solve the mystery, but then Covid-19 rears its ugly head. Ruth and her daughter are locked down in their cottage, attempting to continue with work and lessons, but, in reality, becoming lonely and frustrated. Happily the house next door is rented by a nice woman called Sally, who they become friendly with while standing on their doorstep clapping for carers.

Nelson, meanwhile, has no time to be bored. He’s investigating a series of suicides that could be the work of a serial killer. It’s only when he links them to an archaeological discovery that he thinks of Ruth. He breaks curfew to visit the cottage to find Ruth chatting to her neighbour, whom he remembers as Dawn Lancaster, a carer who was once tried for murdering her employer. When the deaths continue, Nelson vows to take Ruth and Kate to live with him. But they, and Dawn, have vanished. 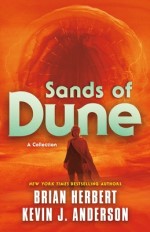 SANDS OF DUNE: NOVELLAS FROM THE WORLDS OF DUNE by Brian Herbert and Kevin J. Anderson

The world of Dune has shaped an entire generation of science fiction. From the sand blasted world of Arrakis, to the splendor of the imperial homeworld of Kaitain, readers have lived in a universe of treachery and wonder.

Now, these stories expand on the Dune universe, telling of the lost years of Gurney Halleck as he works with smugglers on Arrakis in a deadly gambit for revenge; inside the ranks of the Sardaukar as the child of a betrayed nobleman becomes one of the Emperor’s most ruthless fighters; a young firebrand Fremen woman, a guerrilla fighter against the ruthless Harkonnens, who will one day become Shadout Mapes.

When the final four women in competition for an aloof, if somewhat sleazy, bachelor’s heart arrive on a mysterious island in the Pacific Northwest, they mentally prepare themselves for another week of extreme sleep deprivation, invasive interviews, and of course, the salacious drama that viewers nationwide tune in to eagerly devour. Each woman came on “The Catch” for her own reasons–brand sponsorships, followers, and yes, even love–and they’ve all got their eyes steadfastly trained on their respective prizes.

Enter Patricia, a temperamental, but woefully misunderstood local, living alone in the dark, verdant woods and desperate to forge a connection of her own. As the contestants perform for the cameras that surround them, Patricia watches from her place in the shadows, a queer specter haunting the bombastic display of heterosexuality before her. But when the cast and crew at last make her acquaintance atop the island’s tallest and most desolate peak, they soon realize that if they’re to have any hope of making it to the next Elimination Event, they’ll first have to survive the night. 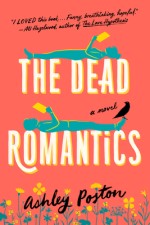 THE DEAD ROMANTICS by Ashley Poston

Florence Day is the ghostwriter for one of the most prolific romance authors in the industry, and she has a problem—after a terrible breakup, she no longer believes in love. It’s as good as dead.

When her new editor, a too-handsome mountain of a man, won’t give her an extension on her book deadline, Florence prepares to kiss her career goodbye. But then she gets a phone call she never wanted to receive, and she must return home for the first time in a decade to help her family bury her beloved father.

For ten years, she’s run from the town that never understood her, and even though she misses the sound of a warm Southern night and her eccentric, loving family and their funeral parlor, she can’t bring herself to stay. Even with her father gone, it feels like nothing in this town has changed. And she hates it.

Until she finds a ghost standing at the funeral parlor’s front door, just as broad and infuriatingly handsome as ever, and he’s just as confused about why he’s there as she is.

Romance is most certainly dead . . . but so is her new editor, and his unfinished business will have her second-guessing everything she’s ever known about love stories. 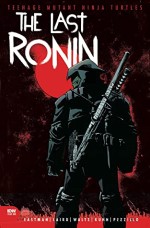 It’s the TMNT event of 2020! Springing from the minds of TMNT co-creators Kevin Eastman and Peter Laird comes an epic like you’ve never seen before! In a future NYC far different than the one we know today, a lone surviving Turtle goes on a seemingly hopeless mission to obtain justice for his fallen family and friends. Kinetic layouts from Eastman, moody inks from Andy Kuhn and a thrilling script full of surprises from longtime TMNT scribe Tom Waltz all combine to make this one of the most memorable TMNT stories you will ever read! This is a perennial TMNT tale that can’t be missed!