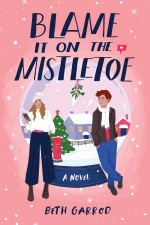 BLAME IT ON THE MISTLETOE by Beth Garrod

Elle is a social medial star with the #DreamLife…or so it seems. Determined to shake up her content and gain new followers, she’s on a mission: can she find a British fan to swap with for Christmas?

Holly loves everything about Christmas. But after a mortifying mistletoe disaster with her ex, her perfect plans unravel like a bad Christmas sweater. Can Holly save the holidays when she switches places with favorite social media influencer?

Elle gets more than she bargained for when she meets the cute boy from across the street. And Holly wasn’t expecting Elle to have a handsome twin brother. This holiday is full of surprises. 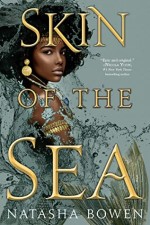 SKIN OF THE SEA by Natasha Bowen

Simi prayed to the gods, once. Now she serves them as Mami Wata–a mermaid–collecting the souls of those who die at sea and blessing their journeys back home.

But when a living boy is thrown overboard, Simi does the unthinkable–she saves his life, going against an ancient decree. And punishment awaits those who dare to defy it.

To protect the other Mami Wata, Simi must journey to the Supreme Creator to make amends. But something is amiss. There’s the boy she rescued, who knows more than he should. And something is shadowing Simi, something that would rather see her fail. . . .

Danger lurks at every turn, and as Simi draws closer, she must brave vengeful gods, treacherous lands, and legendary creatures. Because if she doesn’t, then she risks not only the fate of all Mami Wata, but also the world as she knows it. 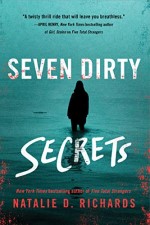 On her eighteenth birthday, Cleo receives a mysterious invitation to a scavenger hunt. She’s sure her best friend Hope or her brother Connor is behind it, but no one confesses. And as Cleo and Hope embark on the hunt, the seemingly random locations and clues begin to feel familiar.

In fact, all of the clues seem to be about Cleo’s dead boyfriend, Cyrus, who drowned on a group rafting trip exactly a year ago. A bracelet she bought him. A song he loved. A photo of the rafting group, taken just before Cyrus drowned. And then the phone calls start, Cyrus’s voice taunting Cleo with a cryptic question: You ready?

As the clock on the scavenger hunt ticks down, it becomes clear that someone knows what really happened to Cyrus. And that person will stop at nothing to make sure Cleo and her friends pay. Can they solve the hunt before someone else winds up dead? 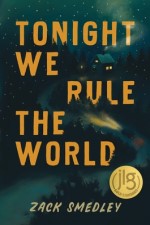 TONIGHT WE RULE THE WORLD by Zack Smedley

In the beginning, Owen’s story was blank . . . then he was befriended by Lily, the aspiring author who helped him find his voice. Together, the two have spent years navigating first love and amassing an inseparable friend group. But all of it is upended one day when his school’s administration learns Owen’s secret: that he was sexually assaulted by a classmate.

In the ensuing investigation, everyone scrambles to hold their worlds together. Owen, still wrestling with his self-destructive thoughts and choices. His father, a mission-driven military vet ready to start a war to find his son’s attacker. The school bureaucrats, who seem most concerned with kowtowing to the local media attention.

And Lily, who can’t learn that Owen is the mystery victim everyone is talking about . . . because once she does, it will set off a chain of events that will change their lives forever. 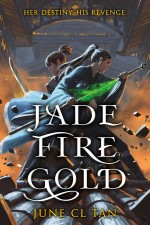 In an empire on the brink of war…

Ahn is no one, with no past and no family.

Altan is a lost heir, his future stolen away as a child.

When they meet, Altan sees in Ahn a path to reclaiming the throne. Ahn sees a way to finally unlock her past and understand her arcane magical abilities.

But they may have to pay a far deadlier price than either could have imagined. 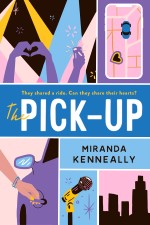 THE PICK-UP by Miranda Kenneally

When Mari hails a rideshare to a music festival, the last thing she expects is for the car to pick up a gorgeous guy along the way. Mari doesn’t believe in dating–it can only end with a broken heart. Besides, she’s only staying at her dad’s house in Chicago for the weekend. How close can you get to a guy in three days?

TJ wants to study art in college, but his family’s expectations cast a long shadow over his dreams. When he meets Mari in the back of a rideshare, he feels alive for the first time in a long time.

Mari and TJ enter the festival together and share an electric moment but get separated in a crowd with seemingly no way to find each other. When fate reunites them (with a little help from a viral hashtag), they’ll have to decide: was it love at first sight, or the start of nothing more than a weekend fling? 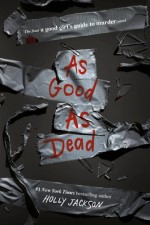 AS GOOD AS DEAD by Holly Jackson

Pip is about to head to college, but she is still haunted by the way her last investigation ended. She’s used to online death threats in the wake of her viral true-crime podcast, but she can’t help noticing an anonymous person who keeps asking her: Who will look for you when you’re the one who disappears?

Soon the threats escalate and Pip realizes that someone is following her in real life. When she starts to find connections between her stalker and a local serial killer caught six years ago, she wonders if maybe the wrong man is behind bars.

Police refuse to act, so Pip has only one choice: find the suspect herself—or be the next victim. As the deadly game plays out, Pip discovers that everything in her small town is coming full circle… and if she doesn’t find the answers, this time she will be the one who disappears…