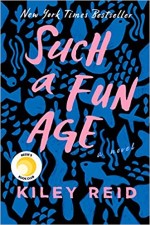 SUCH A FUN AGE by Kiley Reid

Alix Chamberlain is a woman who gets what she wants and has made a living, with her confidence-driven brand, showing other women how to do the same. So she is shocked when her babysitter, Emira Tucker, is confronted while watching the Chamberlains’ toddler one night, walking the aisles of their local high-end supermarket. The store’s security guard, seeing a young black woman out late with a white child, accuses Emira of kidnapping two-year-old Briar. A small crowd gathers, a bystander films everything, and Emira is furious and humiliated. Alix resolves to make things right.

But Emira herself is aimless, broke, and wary of Alix’s desire to help. At twenty-five, she is about to lose her health insurance and has no idea what to do with her life. When the video of Emira unearths someone from Alix’s past, both women find themselves on a collision course that will upend everything they think they know about themselves, and each other.

IN FIVE YEARS by Rebecca Serle 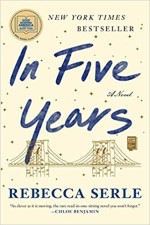 Where do you see yourself in five years? Dannie Kohan lives her life by the numbers. She is nothing like her lifelong best friend — the wild, whimsical, believes-in-fate Bella. Her meticulous planning seems to have paid off after she nails the most important job interview of her career and accepts her boyfriend’s marriage proposal in one fell swoop, falling asleep completely content.

But when she awakens, she’s suddenly in a different apartment, with a different ring on her finger, and beside a very different man. Dannie spends one hour exactly five years in the future before she wakes again in her own home on the brink of midnight — but it is one hour she cannot shake. In Five Years is an unforgettable love story, but it is not the one you’re expecting. 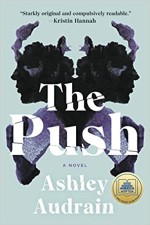 THE PUSH by Ashley Audrain

Blythe Connor is determined to be the warm, comforting mother to her new baby, Violet, that she herself never had. But in the thick of motherhood’s exhausting early days, Blythe becomes convinced that something is wrong with her daughter — she doesn’t behave like most children do.

Or is it all in Blythe’s head? Her husband, Fox, says she’s imagining things. The more Fox dismisses her fears, the more Blythe begins to question her own sanity, and the more we begin to question what Blythe is telling us about her life as well. 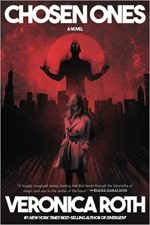 CHOSEN ONES by Veronica Roth

Fifteen years ago, five ordinary teenagers were singled out by a prophecy to take down an impossibly powerful entity wreaking havoc across North America. He was known as the Dark One, and his weapon of choice — catastrophic events known as Drains — leveled cities and claimed thousands of lives. Chosen Ones, as the teens were known, gave everything they had to defeat him.

After the Dark One fell, the world went back to normal… for everyone but them. After all, what do you do when you’re the most famous people on Earth, your only education was in magical destruction, and your purpose in life is now fulfilled? 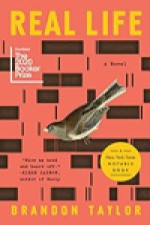 Almost everything about Wallace is at odds with the Midwestern university town where he is working uneasily toward a biochemistry degree. An introverted young man from Alabama, Black and queer, he has left behind his family without escaping the long shadows of his childhood. For reasons of self-preservation, Wallace has enforced a wary distance even within his own circle of friends — some dating each other, some dating women, some feigning straightness. But over the course of a late-summer weekend, a series of confrontations with colleagues, and an unexpected encounter with an ostensibly straight, white classmate, conspire to fracture his defenses while exposing long-hidden currents of hostility and desire within their community.

July’s staff picks come from Eileen, a reference librarian and our Big Read coordinator. All book descriptions are courtesy of the publisher.